Eight Other Things That  I DidIn Iceland

“The poetry of the earth is never dead.” John Keats

Deildartunguhver is Europe’s most powerful hot spring. Most of the water used for central heating in the towns of Borgarnes and Akranes is taken from Deildartunguhver.

The hot water pipeline to Akranes is 64 km long, the longest in Iceland and the water is about 78 – 80 degrees when it reaches Akranes. If you have taken a shower anywhere within a 65 km radius of the spring, you have already bathed in the hot water from this powerful spring.

Rising about 170 meters above the ground, Grabrok Crater belongs to the volcanic system of Ljosufjoll. It can be easily accessed via a footpath. The crater is quite steep and steps have been built on part of it to make the hike easier.

This volcanic crater is located east of Lake Hreðavatn in the fjord of Borgarfjörður in West Iceland. Spread over a distance of 90 km, it is also the largest of three craters (Stora Grabrok, Grabrokarfell and Litla Grabrok); it was formed about 3400 years ago in a fissure eruption.

.Once at the rim, I got a nice view inside. The path allows you to walk all around the crater but the strong Icelandic  wind almost blew me into the crater.

The Icelandic Horse is the only horse breed from Iceland and their ancestors were brought there in the ninth and tenth centuries by Vikings/Norwegians. It is a small breed of horse – not a pony. In the 10th century they banned importing horses into Iceland in an effort to keep the Icelandic breed pure. The ban still stands today. If an Icelandic horse leaves Iceland, they are not allowed to return. 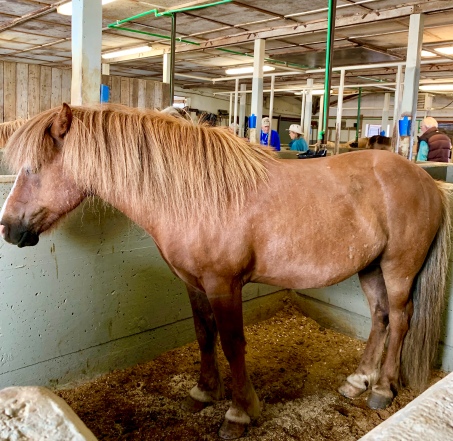 The Icelandic  horse is fairly sleek in the summer months – though they retain a heavy mane and tail – but in the winter they grow a special, three-layer coat, which helps them survive the freezing Icelandic temperatures.Tthey are known for their sure-footedness and the ability to cross Iceland’s rough and diverse terrain, 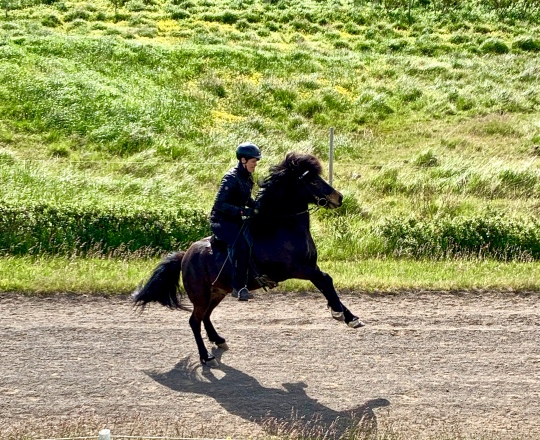 Glaumbær Turf Farm was the perfect place to see these beautiful little buildings with mud roofs up close and learn more about Iceland’s history and culture. The farmstead is still inhabited. The old house is a part of the National Museum’s Historic Building Collection and houses part of the Skagafjörður Heritage Museum.  This site has been inhabited for centuries.  Glaumbær is mentioned several times in the medieval Saga literature. The age of the buildings vary considerably, the youngest dating from around 1880 and the oldest back to mid 18th century. 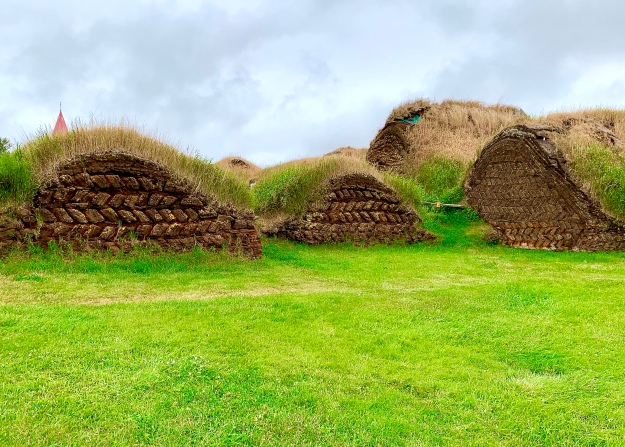 Iceland is known as the land of fire and ice due to its long history of volcanic eruptions, earthquakes and tongue twisting names for glaciers. The Lava Center Museum in South Iceland is worth a visit. This innovative museum opened in 2017 not far from Mt Hekla, an active volcano that was considered to be the gateway to hell in the Middle Ages. The interactive, state-of-the-art exhibit depicts millions of years of Icelandic volcanic activity, including earthquakes, eruptions, glacial floods, rift systems and the formation of Iceland’s landmass.

Siglufjörður is the northernmost town on the mainland of Iceland. This also means something quite exciting: The midnight sun shines bright all night long.

The highlight of any visit to Siglufjordur is the Herring Museum. Rather than describe the golden age of fishing from the Fifties through to the end of the Sixties, the award-winning museum recreates it, with figureheads and navigation lanterns galore. There are vintage photographs of fishermen with wind-lashed faces, ankle-deep in the day’s catch, and of the “herring girls” with bright Nordic smiles. 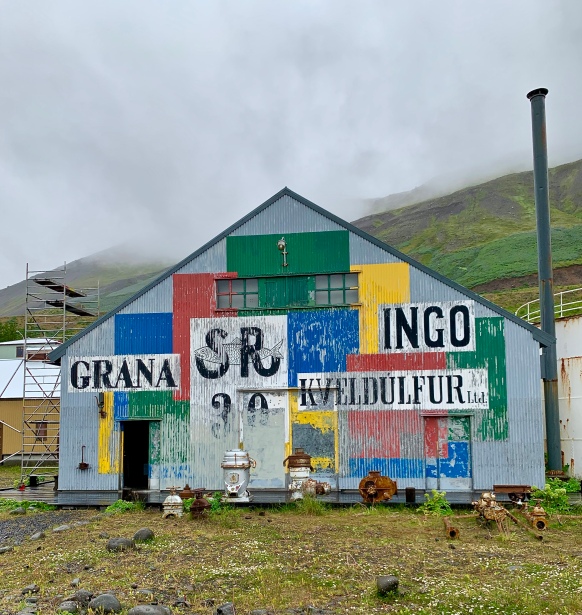 It is Iceland’s second largest city. and considered to be the capital of North Iceland. 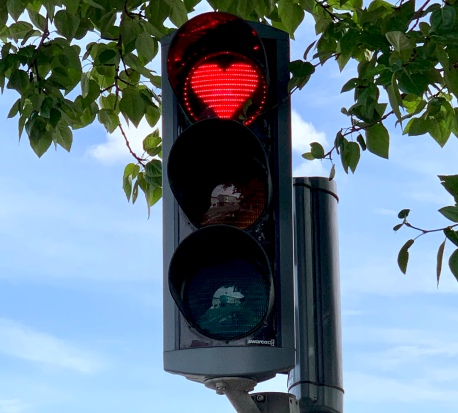 Asbyrgi (Shelter of the Gods) is a remarkable horseshoe-shaped canyon. Viking/Norwegian settlers believed it to be a hoof-print formed by Sleipnir, Odin’s eight-legged flying horse from Norse mythology. Some people say that it is the capital of the Hidden People of Iceland.

Geologists believe that Asbyrgi was formed as the result of a catastrophic flood from the nearby Jokulsa glacial river. Located in Jokulsargljufur within the Vatnajokull National Park, Asbyrgi has 100 meter (330 ft) high cliffs which form a 1 kilometer (.5 mi) wide ring of protective shelter around the rich vegetation and forest.