Best Day In The Snaefellsnes Peninsula In Iceland

“I felt my lungs inflate with the onrush of scenery—air, mountains, trees, people. I thought, “This is what it is to be happy.”  Sylvia Plath, The Bell Jar

I was more in awe during my day in the Snaefellsnes Peninsula in the west fjords of Iceland than during any other part of the country I visited.

This is saying a lot considering how much I fell in love with the glaciers, Myvatin, all hot springs and waterfalls. 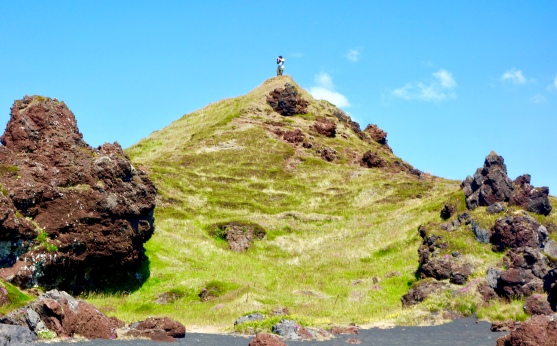 It helped that it was a warm, sunny, windless day.  I still can’t say the name of it properly. 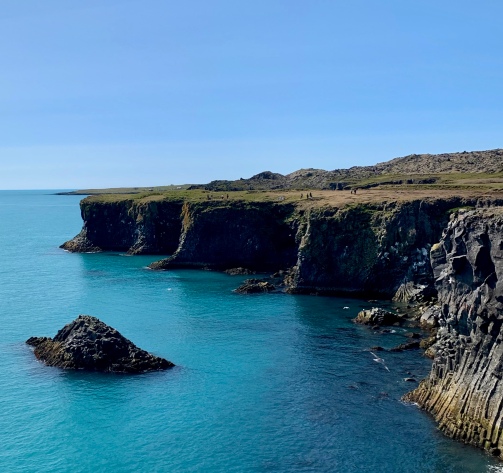 Snæfellsnes Peninsula is often called Iceland in miniature as you can see everything the country has to offer in one area: volcanic craters, lava fields, a glacier, waterfalls, fjords, hot springs, black and golden sand beaches, lush meadows,  cute fishing villages and colorful wooden houses.

Bárður Snæfellsás was the settler of this area, half a troll and half a man,. He came to Iceland in the ninth century and gave the peninsula its name. The big stone structure of Bárður Snæfellsás at Arnarstapi was made by sculptor Ragnar Kjartansson.

Búðakirkja is a little black wooden church in the hamlet Búðir (which seems to consist of a hotel and this church) that was originally built in the 19th century.

It has an isolated location amongst the Budhahraun lava fields just above the sea.

Snæfellsnes Peninsula is one of only a few places in Iceland where the beaches are golden.

There are stunning views of the mountains and Snaefellsness glacier here. Many interesting stories are connected to the glacier, and it is believed to be the meeting place of extra-terrestrials. 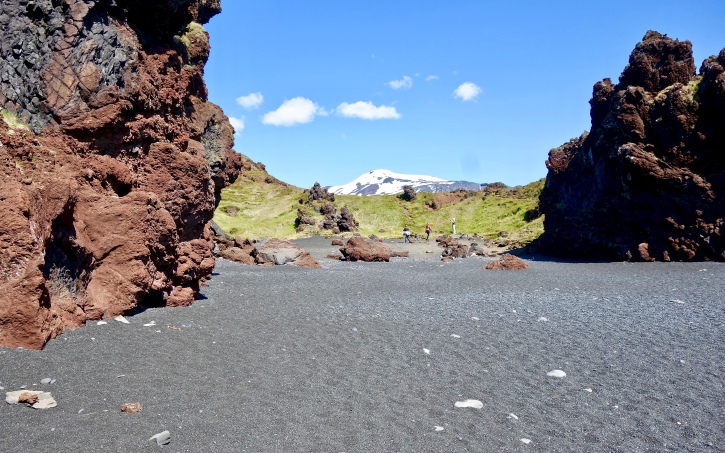 Some people believe it to be one of the seven chakras (energy centres) in the world and you may not sleep well due to the magnetic energy.

Jules Verne wrote an interesting science fiction book called  Journey to the Center of the Earth in 1864 about a group of scientists, who ventured into the crater of Snæfellsjökull glacier. Yes parts of the 2008 movie were filmed here.

You can also do long walks through the lava fields.

Every bend in the road, the landscape changes. 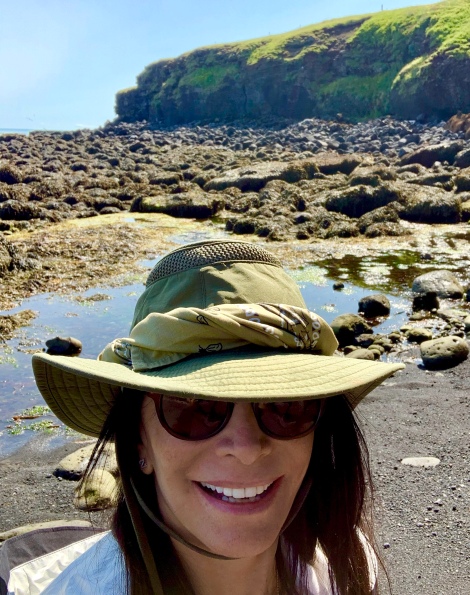 Notice how perfectly shaped these basalt columns  are. It’s hard to imagine that nature did this. Lava flowed out, cooled and contracted. The slow speed at which the lava cooled made it crack and create these forms.

We ate lunch at a lovely ancient fishing village in Hellnar overlooking the water and amazing cliffs. 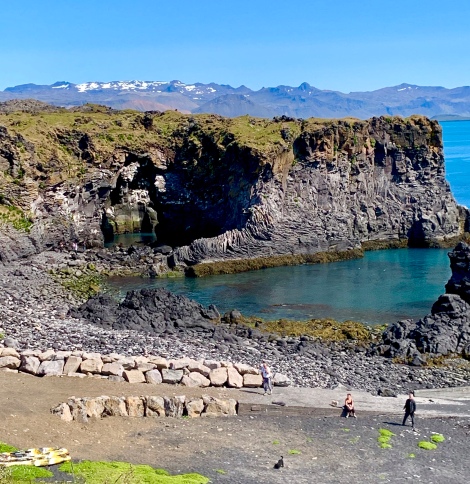 There were  dozens  of birds hanging out on the cliffs and rocks, staining the columns white  poop I imagine, although I definitely could be wrong. 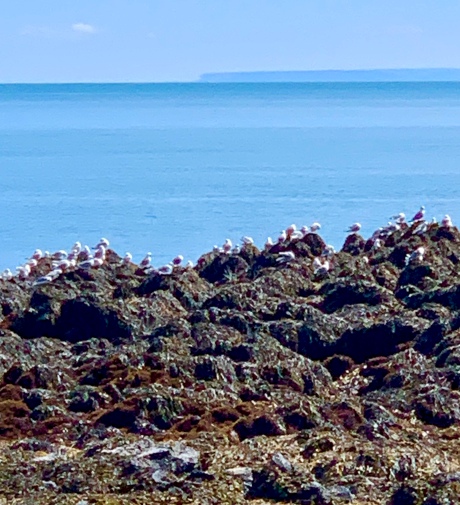 After lunch we were off to yet another black beach (my favorite kind of beach).

There were huge lava formations.

We passed a few turquoise and green colored lakes. 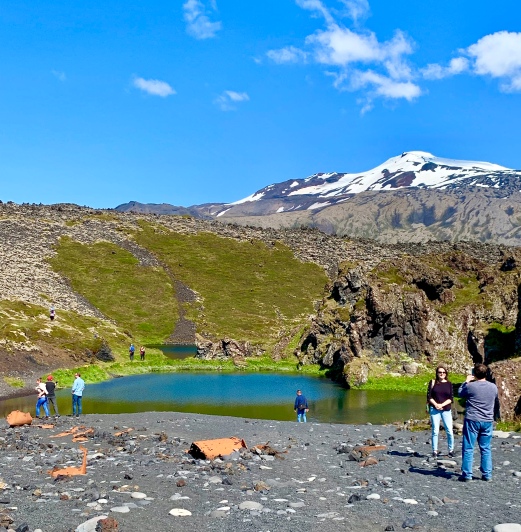 This is a portion of beach with iron pieces from a British shipwreck in 1948 (which are kept here in memory of the brave fishermen who lost their lives).

It’s quite clear why it’s also known as Black Lava Pearl Beach, as the beach was entirely made up of small and smooth black pebbles (called Djúpalónsperlur or “Pearls of Djúpalón). 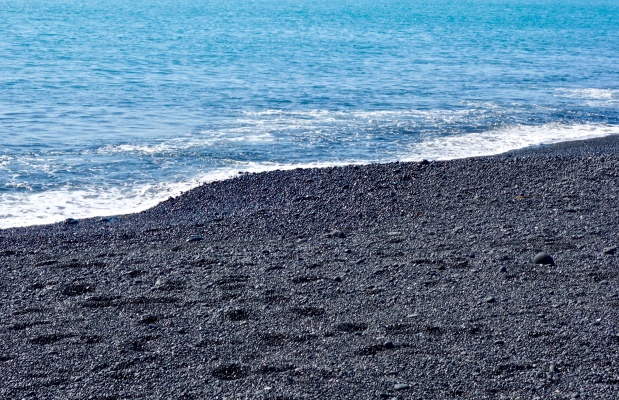 With huge monolithic rocks in the water and smooth pebbles beneath our feet, I could have walked here all day.

Nestled deep inside a spectacular landscape of lava fields not far from the fishing village of Stykkishólmur, is the Shark Museum.  Stykkishólmur was featured in The Secret Life Of Walter Mitty.

It was masquerading as Greenland.

I assume many of you have not been to the Bjarnarhofn Shark Museum so I will explain it.  The room is filled with an eclectic mix of fishing tools, bones, dried shark skins, as well as taxidermy relating mostly to Arctic birdlife. 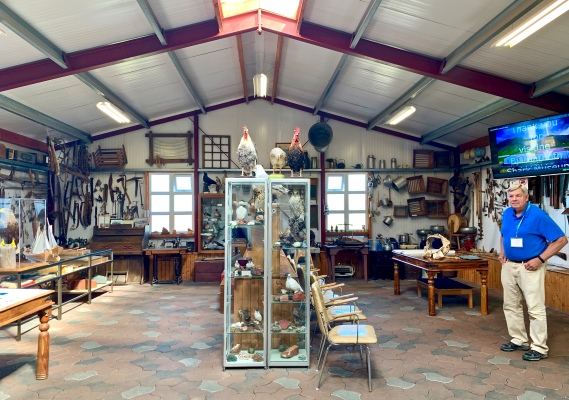 It is randomly displayed like a garage filled with stuff.  Sharks are not specifically hunted, it so happens that some might get caught in the net when other fish are being sourced. 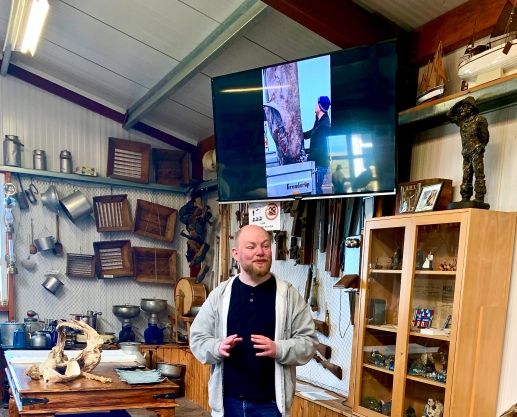 I ate some fermented Greenland shark which is poisonous if eaten fresh. You dip it in  Icelandic schnapps (Brennivin) and it was surprisingly delicious to me. I like the Swedish salt ammonia flavored  licorice so it might not be the same for you. 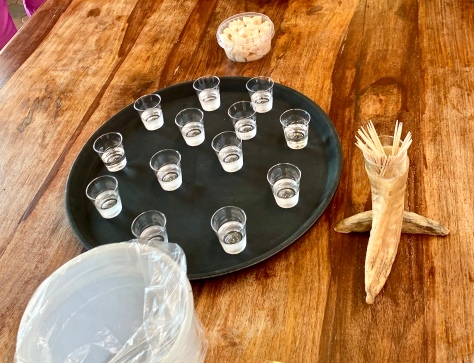 We went to see some of out tour guide  Argunnar Yi‘s paintings in a nearby hotel.

Art and black sand beaches -kind of a perfect day for me. 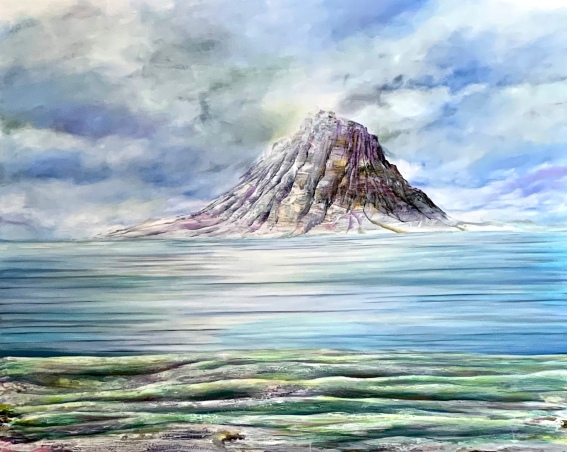 1 thought on “Best Day In The Snaefellsnes Peninsula in Iceland”