The Arabic Influence In Granada, Spain

“Weep like a woman over what you could not defend as a man.” Mother of Boabdil- the last Sultan in Spain

The Moors invaded Spain in 711 AD and they ruled  for over seven hundred years.  At one time, they ruled as far north as France.   The principal cities of Moorish culture were Toledo, Granada, and Seville.  Eventually the Christian rulers in Northern Spain recaptured Spain. In 1085 Alfonso VI of Leon and Castile recaptured Toledo. Cordoba fell in 1236, and one by one the Moorish strongholds surrendered. The last Moorish city, Granada, was captured by Ferdinand V and Isabella I in 1492.. 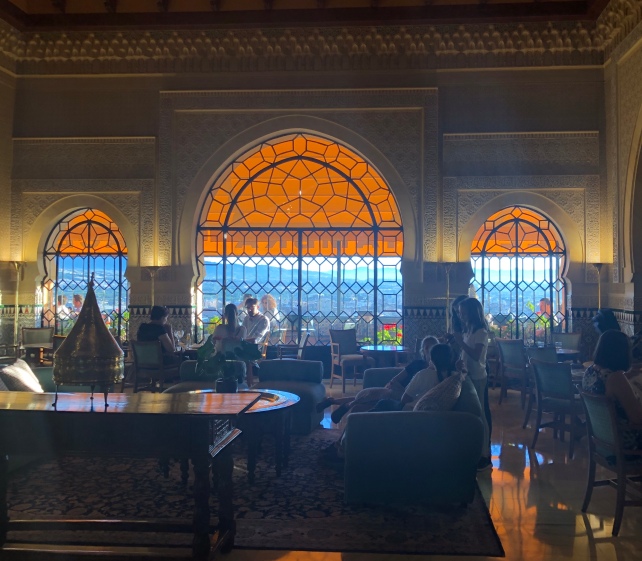 The word ‘Alhambra’ is a short form of the word ‘Calat Alhambra’ which is the name given to a palace and fortress complex located in Granada, Andalusia, Spain. The palace started off as a small fortress that was built in 899.

After years of neglect, the Moorish king of Grenada renovated it in the eleventh century. The fortress was to later be converted into a royal palace in 1333  by Yusuf I, Sultan of Granada. 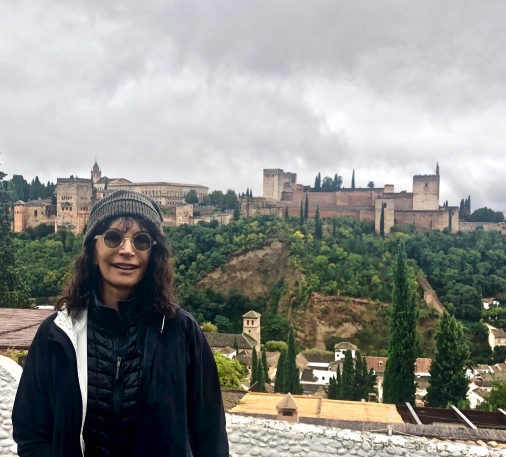 I spent a day there before so I did not tour again. It is big enough to spend at least a day but you can do the highlights in a few hours.

The area of Granada around the Plaza Nueva and fountain Pilar del Toro is the oldest part of the city of Granada. The Mosque was located here. 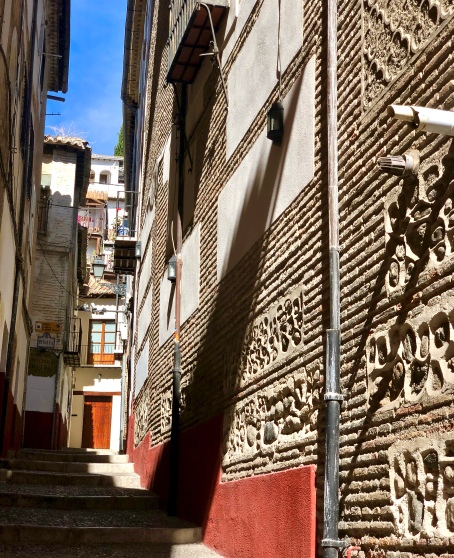 The Santa Ana church was built on that same site.  At that time the river would have been visible, not covered over like today.

In the city center, the Alcaiceria stands out, like a typically Arabic souk (bazaar) that attracts many tourists and locals alike.

Glittery Moroccan lamps, colorful silk and leather products are fun to look at and buy.

Other signs of Arabic influence can be seen in the Albaci­n, one of the oldest areas in Granada. Perched on the hilltop across a canal from the Alhambra, it consists of steep cobblestone paths and quaint authentic white-washed houses known as El Carmen. 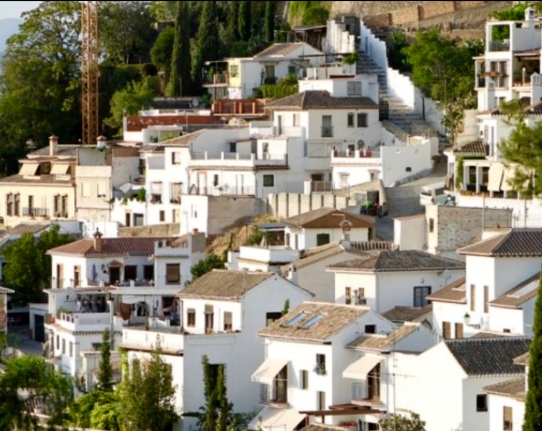 Arabic tea houses and Moroccan shops line the narrow street that leads up to the hilltop. 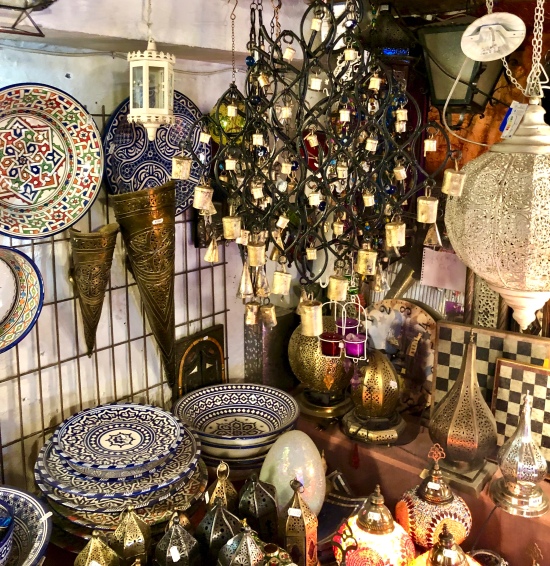 The perfect way to relax after a day, is to smoke some Arabic water-pipe (Spanish name is cachimas) in the dimly lit aromatic tea houses (teterias).  I wish that I had the photos to show you but here was the day I spent there. Not a person was out.

There were several bath houses or hammams  in this area during the Moorish rule. In 1567 due to the difficult situation faced by the Moors in Granada, at the hands of the new Catholic Kings, all hammams in Granada  were prohibited. They also banned speaking  in Arabic and wearing Arab style garments.

The current Hammam Al Andalas  https://www.hammamalandalus.com/en/ is in one of the old bathhouse buildings. It actually dates back to 8th and 14th century. This hammam building was converted into baker ovens in the sixteenth century. The bakers made the most of the heating systems which previously created steam and heated water, for baking their bread. 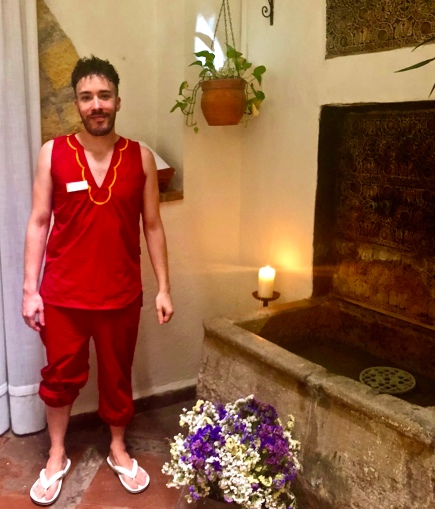 As I enter the hammam I have the awkward ‘I forgot my bathing suit moment and it is coed and you have to wear one.” They lend me a bathing suit.  During my stay, I drink  green tea with mint, while  relaxing in the different thermal baths and steam room. As I walked through from the changing area to the baths the humidity and warmth hit me. This steamy comfortable environment is great for unwinding and relaxing tense muscles For a while, there was a quiet relaxed atmosphere and then a bus load of tourists showed up.

Luckily it was time for a wonderful scrub and a soapy cleanse with white frothy bubbles. I go into a different dry space  for a  massage and left completely soft, clean and relaxed.

The Hammam Al Andalus in Granada recreates the feeling of  history and the bathhouses that were  here so long ago. Book it in advance, it fills up quickly and is a wonderful way to capture the feeling old Granada.