The Church And The Lava – Reykjahvio, Iceland

“Civilization exists by geological consent, subject to change without notice.” Will Durant

On August 27, 1729 the Krafla eruption caused a lava flow through the village of Reykjahlíð, destroying farms and buildings, but amazingly the wooden church was spared when the flow parted, missing the church by only meters. 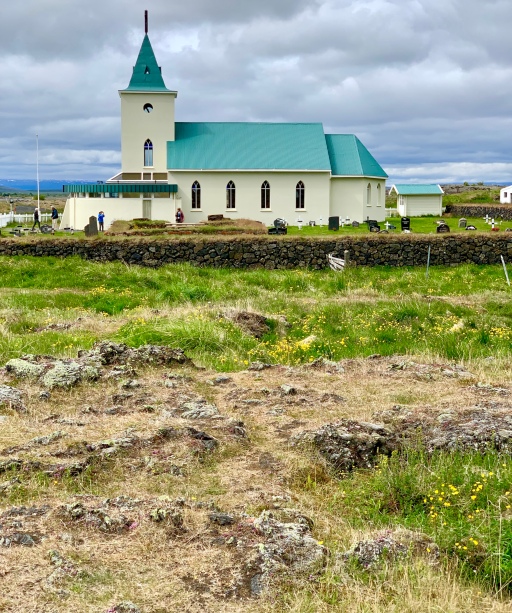 It is believed that prayer saved the church. The church was rebuilt on its original foundation in 1876, then again in 1962.

The reality is that when disasters come, everyone is affected by it. Natural disasters do not separate the believers from the atheists.

I wrestle with God so unshakable faith is hard for me to understand. I’m also a little bit jealous of people who have that kind of faith. 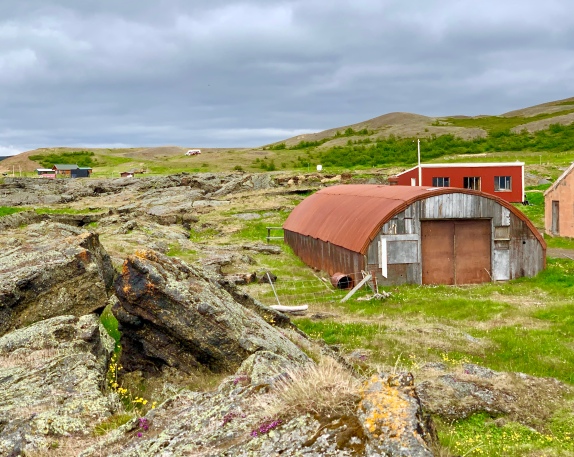 The church is build on ground that is a bit higher up so that could have caused the lava to split and flow down. It has been rebuilt but the houses have not. The visual image is so compelling. My hotel is right near it and I walk around every day looking for answers. 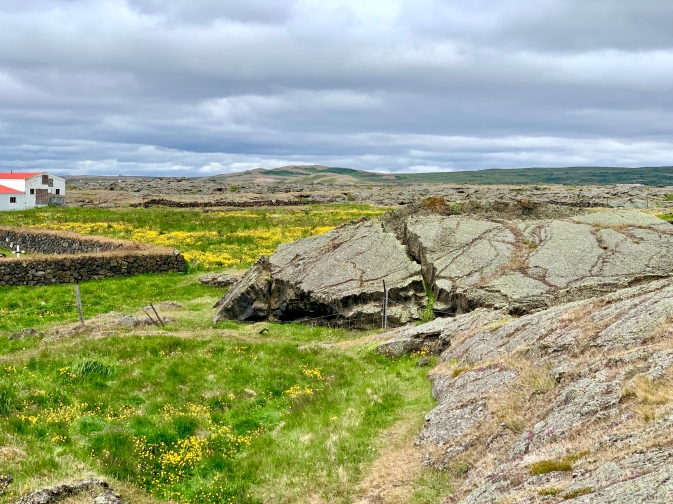 Maybe it was the fact that the church connected this community. It was the place that brought them all together. Maybe it enabled them to move beyond their own stories and unite for the common good. Maybe that is what saved the church.  What will it take to enable us to move beyond our increasing political and cultural polarities to unite around a common purpose? 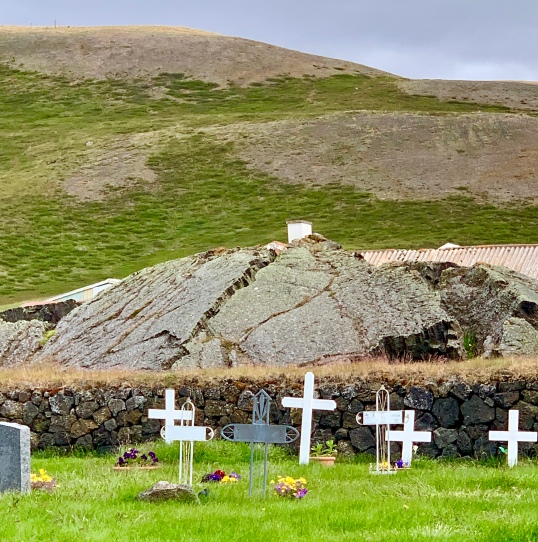 Travel Advisory Is In Effect

“How dare you open a spaceman’s helmet on an uncharted planet? My eyeballs could’ve been sucked from their sockets!” Cathy East Dubowski, Toy Story

These days, planning a trip to Iraq or Afghanistan is probably not a good idea. The United States and other nations are currently advising their citizens against all non-essential travel to these countries. But a government travel warning doesn’t necessarily mean that it’s a bad idea to plan a trip to a particular part of the world.

Governments issue travel advisories to let their citizens know about safety concerns that may affect travel to a particular country or region. In the United States, these warnings are issued by the State Department.

Travel advisories are released for a variety of reasons, including terrorism, natural disasters, political unrest, wars, health emergencies and outbreaks of crime.

In many cases, violence, unrest or natural disasters are confined to a particular region while the rest of the country is still safe and welcoming to tourists.

The fallout from an isolated act of violence can affect an entire country’s tourist industry — and have a disproportionate effect on the economy of a developing nation.

Today i received a state department warning about a change in travel for Americans traveling to or living in Israel.

“The U.S. Consulate General in Jerusalem advises U.S. citizens in, or considering travel to, Jerusalem, the West Bank or Gaza to keep up a high level of vigilance and take appropriate steps to increase their security awareness in light of the current environment.  Individuals and groups opposed to U.S. policies may target U.S. government facilities, U.S. private interests and U.S. citizens.  U.S. citizens should be aware of their surroundings and avoid crowds or areas where there is a large police or security presence.”

The U.S. Department of State warns U.S. citizens to consider the risks of travel to and throughout Jordan due to persistent terrorist threats.  The self-proclaimed Islamic State of Iraq and ash-Sham (ISIS), its affiliates, sympathizers, and other violent extremist groups have successfully conducted attacks in Jordan and continue to plot against local security forces, U.S. and Western interests, and “soft” targets. Jordan’s prominent role in the counter ­ISIS Coalition and its shared borders with Iraq and Syria increase the potential for future terrorist incidents. This replaces the Travel Warning issued December 23, 2016.

Ok- Jordan looks a bit unsafe at this time.  I’ve decided to go to Israel  despite the government’s warning email. But i will take certain precautions. It’s best in troubled times to be in a country that has an embassy from your own country and make sure it is fully staffed and functioning. The US Embassy which has not moved yet is a two-minute walk from my airbnb. Under the circumstances, it may not be a good thing.

I registered for  the Department of State’s Smart Traveler Enrollment Program (STEP). STEP enrollment gives you the latest security updates, and makes it easier for the U.S. embassy or nearest U.S. consulate to contact you in an emergency. I will keep my family at home aware of my itinerary, watch the news, get travel insurance and have a backup plan.

I will be careful in these areas but I think if I cancel my plans, the terrorists win. We beat them by being unafraid in the way we choose to live.