Our world is so filled with places that I want to see. It’s hard to say whether a single lifetime would indeed be enough to experience all of it. Most of us will probably never see everything that the world has to offer us, but it’s worth a shot. Here are the ruins I still haven’t seen and want to.

The Mayan ruins in Guatemala are ancient wonders built between the sixth century BC and the tenth century AD. Reclaimed by the jungle hundreds of years ago, they’ve been partially excavated and stand as reminders of a great civilization. It’s the tallest pre-Columbian structure in the Americas and famous for its view.. 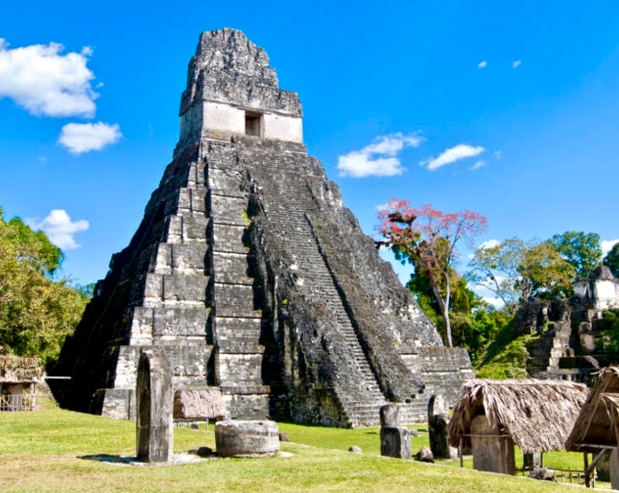 IF you’ve heard of Xian in China before I’m pretty sure it’s because you’ve also heard of the Terracotta Warriors, a collection of terracotta sculptures created to represent the armies of Qin Shi Huang, the first Emperor of China. This figures were only discovered in 1974 by 3 farmers and have now become one of China’s most prized possessions. Estimates from 2007 were that the three pits containing the Terracotta Army held more than 8,000 soldiers, 130 chariots with 520 horses and 150 cavalry horses, the majority of which remained buried in the pits. 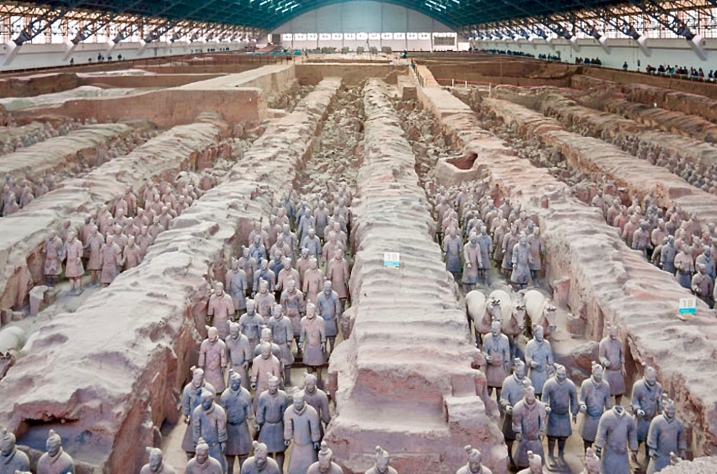 When i was very young, I saw a picture of the Great Wall Of China. While its length was beyond  my comprehension, I vaguely remember sitting down and being absolutely in awe .It is the coolest landmark in the world. The Great Wall was unified and constructed during the Qin Dynasty over 2000 years ago.  Using hundreds of thousand of workers and prisoners, the wall was constructed over decades of work. It was almost destroyed by the Mongols and Chairman Mao but in 1984 when a new ruler came into power, Deng Xiaoping he re-opened its doors to the rest of the world and opted to rebuilt the Great Wall to restore National Pride. 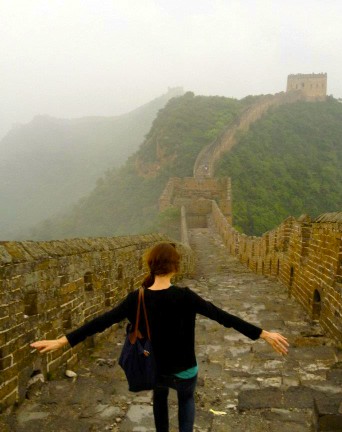 Chichen Itza is the most well-known and frequently visited Mayan ruins site in Mexico’s Yucatan Peninsula. It has a fascinating 1,000-year-old history. One thing that makes  Chichen Itza so intriguing, other than the giant stone pyramid, is the mysterious decline of the Maya people themselves.By the time of the Spanish conquest, this great city and others like it were virtually ghost towns. Mexico’s most famous ruins are astonishingly well-restored site compared to other Mayan ruins in the region. 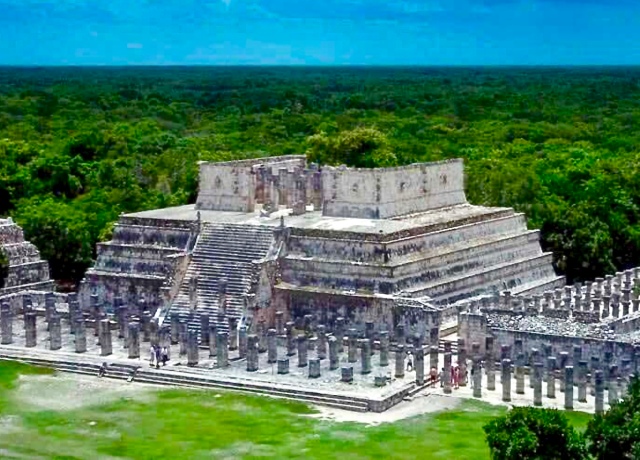 The Giza Pyramid complex is located just at the outskirts of the Egyptian capital Cairo. Set in the desert, it comprises three Pyramids that each have a mini-complex of its own and the Sphinx. The Sphinx is an iconic Giant statue of the mythical creature with the body of a lion and the head of a human. There are many theories about why the pyramids were constructed in the first place. The most accepted one was that they were constructed as a tomb for the great pharaohs that ordered them built. Many theories abound as to how is it that these massive structures were made especially during ancient times. 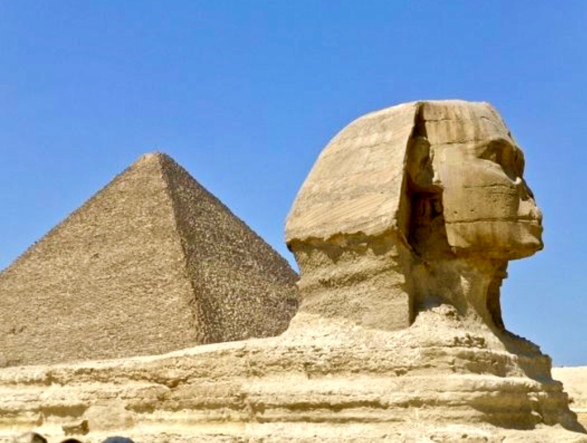 Established on the shore of the great Nile river and surrounded by both mango plantations and desert, Luxor is one of the greatest open air museums. containing some the largest and most striking ancient monuments ever constructed.. The history of Luxor (originally called the city of Thebes) dates back to 3,200 B.C. Nevertheless, the city didn’t prosper until the 2,134 B.C., during the 11th Dynasty, when Mentuhotep ll brought peace and stability to the region, and Thebes started to grow as a city, becoming, during the 18th Dynasty, in 1,550 B.C., the religious and political capital of Ancient Egypt.most of their tombs, monuments and temples still remain, very well-preserved, including the tomb of the world-famous  Tutankhamen.. 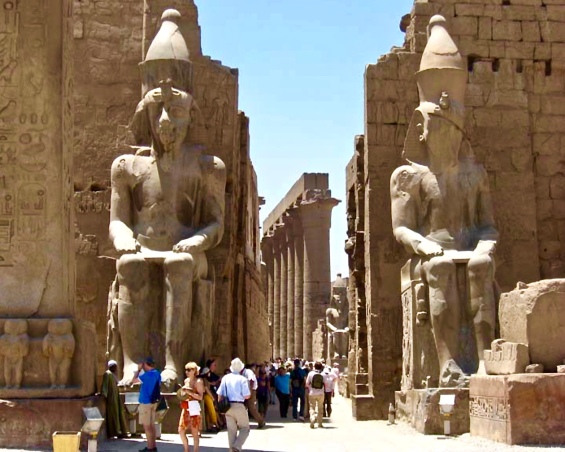 What were they for? How did they get here? What do they mean? So many questions surround the ring of massive prehistoric stones found at Stonehenge and the fact that we’ll probably never have any concrete answers only adds to the mystery and allure of the site.How these stones ended up in perfect architectural symmetry in the middle of the English countryside, long before modern machinery would have made it a much simpler feat, is perhaps what entices so many people to visit this ancient iconic site year after year. 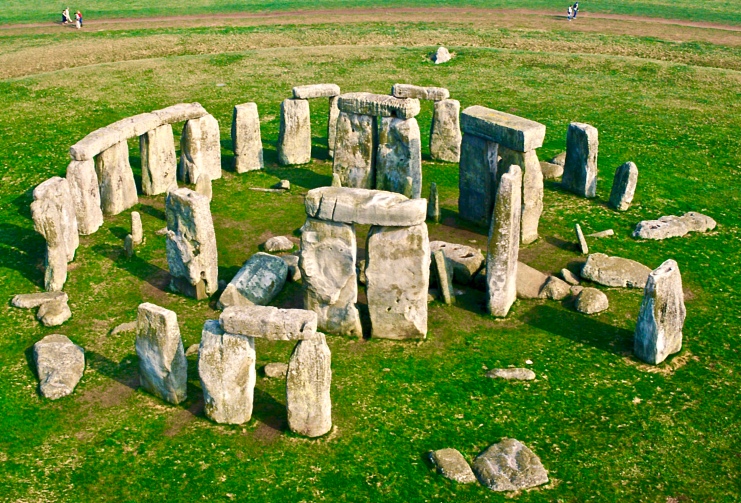 In 79 AD somewhere around 20,000 Pompeians went about their daily lives giving nary a thought to the volcano they lived alongside. August 24th would change their lives forever. On that fateful day as Mt. Vesuvius spewed, though much of the city was destroyed, Pompeii was also buried under 20 feet of ash and pumice. Centuries of history were sealed away until 1748. It was Rocque Joaquin de Acubierre that discovered Pompeii. Due to the lack of air and moisture, artifacts buried under the ash and pumice at both archeological sites were extremely well preserved. 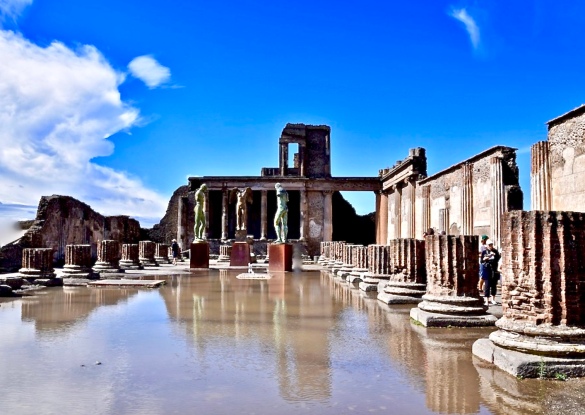 The iconic Grand Mosque in Djenne, northern Mali is the largest free standing mud brick building in the world and harking back to a time of tribal empires long since fallen.A new layer of adobe plastering is used to fill the cracks which occur in the extreme summer heat, and repairs made to damage done with the pounding of the annual rains. The worst kept secret of Djenne’s Grand Mosque is that it is not the original. Though it is surely the finest example of Sahelian adobe architecture in the world, it was in fact built by the French in c. 1908. The original dated back to the 13th century but did not stand the test of time and of the elements. 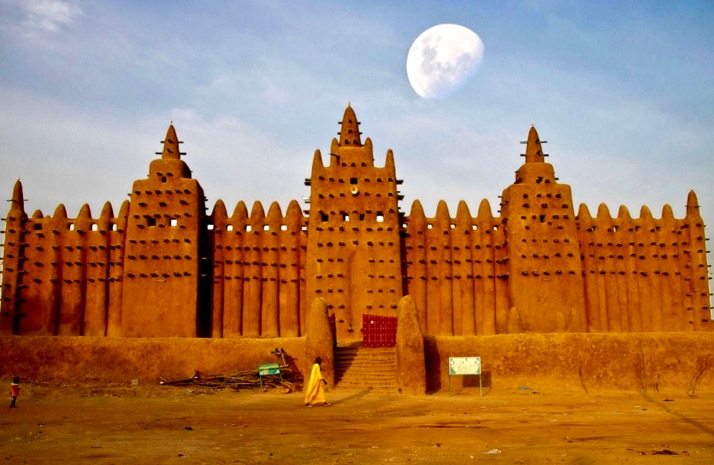 Borobudur is the world’s largest Buddhist temple, and Indonesia’s most visited tourist attraction. Located on the island of Java, the temple was constructed in the 9th century, before being abandoned in the 14th century as the population converted to Islam. Protected by UNESCO, it was restored in the 1970s and later opened to the public (while still being used for religious pilgrimage). 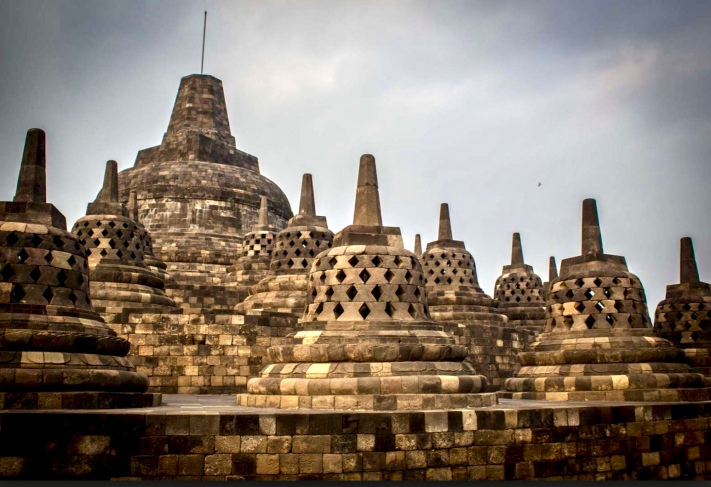 The Ellora and Ajanta caves are located outside of Aurangabad, which is an eight-hour train ride from Mumbai. The Ellora caves were built between the fifth and tenth century. There are 34 caves, some Hindu, some Buddhist and a few Jain. The Ajanta caves, like the temples of Khajuraho, were “lost” for centuries until an Englishman discovered them in the mid-19th century. They are all Buddhist, and known more for their paintings 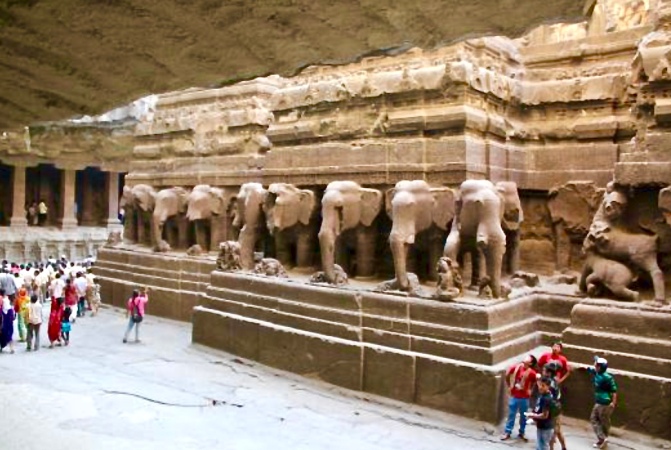 Carthage was the centre of the Carthaginian Empire in antiquity. The city has existed for nearly 3,000 years, developing from a Phoenician colony of the first millennium BC into the capital of an ancient empire. Carthage is 15 kilometers north of Tunis and these ruins once were the most important trading base in that region with a population of over half a million. Do you know Hannibal? He came from Carthage and tried to battle the Romans but was defeated two centuries BC. Half a century later the Romans took Carthage and destroyed most if not all of the city. They rebuild their own Carthage and made it the capital of the Roman province Africa. 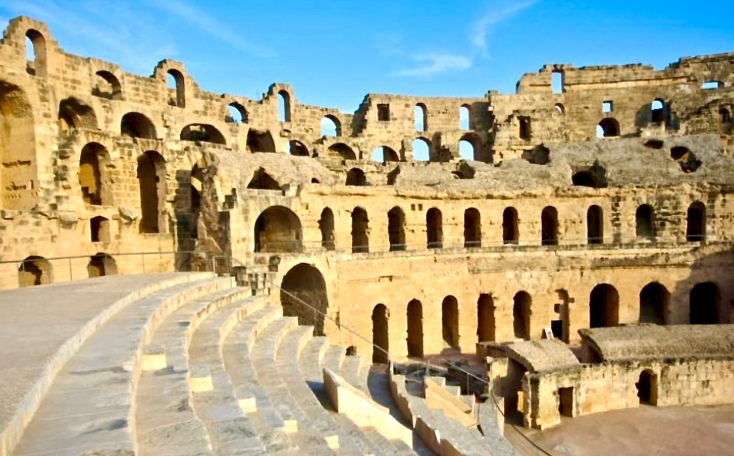