“All the goodness and the heroisms will rise up again, then be cut down again and rise up. It isn’t that the evil thing wins — it never will — but that it doesn’t die.” John Steinbeck

Between 1941 and 1944, the majority of Jewish residents of Wrocław were transferred to death and concentration camps. A  group of Polish Jews who survived the Holocaust settled in Wrocław after 1945. The communist authorities organized an assembly point for the Jews, in Wroclaw, who wanted to go to the USA or to Palestine. As a result, about 10,000 Jews were there in February 1946. The significant emigrations diminished the number of the Jews in the city. In 1968 it came to another wave of emigrations, which left only 500 Jews in the city. In the late Polish People’s Republic (PRL), the Jewish activity started disappearing. The White Stork Synagogue in Wrocław was the only synagogue in the city to survive the Holocaust. 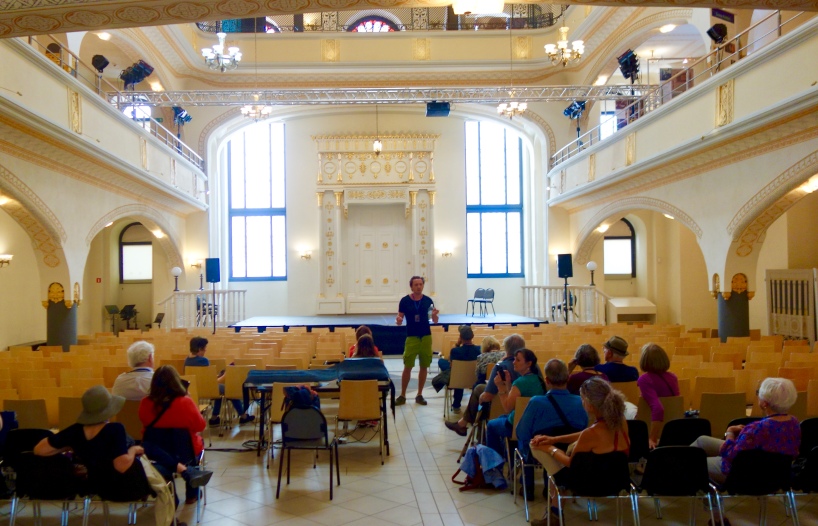 Restored in 2010 after a decade-long renovation, it now serves as a cultural center. Lauder Etz-Chaim School was established, as well as a kindergarten and the synagogue choir which is the only one in Poland.

Chidusz is a Jewish magazine published by our Wroclaw guide Michai Bojanowski. I read it from cover to cover. There are stories about the present, the Holocaust and general news about Jewish life in Poland.

Michai is a wonderful guide who loves his country.  He is young and believes it is his responsibility to do the best for people who don’t have a voice in Poland anymore.  His passion reminds us not to forget them and not let it happen again. Young Poles today were not around during the Holocaust but many feel that they owe the truth in remembering the past to the victims.  Michai takes us through all of Wroclaw ending with the Jewish area. 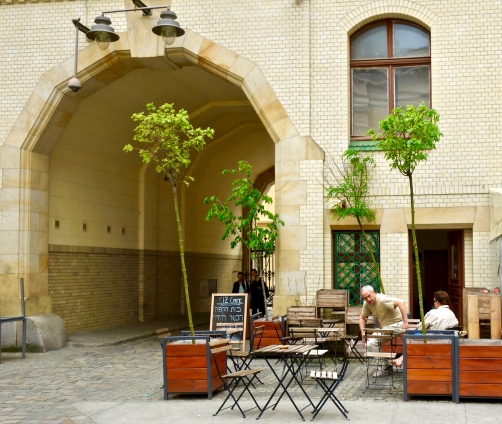 Wroclaw is lucky to have such a fine representative of their city and we were lucky he was our guide.