Maybe it was from a sense of obligation, to pay tribute to the lives lost; or a need to see the site of the World Trade Center tragedy to try to comprehend something that 17 years later is still hard to grasp. Maybe it was because I had just come from seeing Auschwitz in Poland. Maybe it was because I worked in Lower Manhattan when the World Trade Center was being built. But while planning a visit to New York, there was never a moment I considered not going to the 9/11 memorial and museum.

Inside this immense expanse of the museum, you’ll find various artifacts on display such as pieces from the planes that struck the Twin Towers, one of many fire trucks which assisted in rescue efforts, a three-story metal beam covered with missing posters, photographs, and messages of resilience named the ‘Last Column’, as well as a retaining wall that survived the destruction of the original World Trade Center. 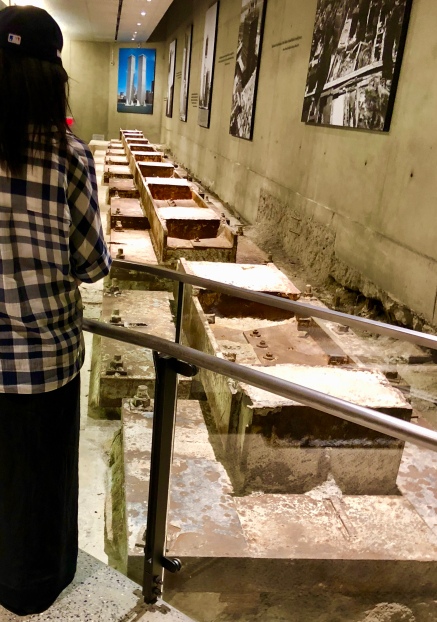 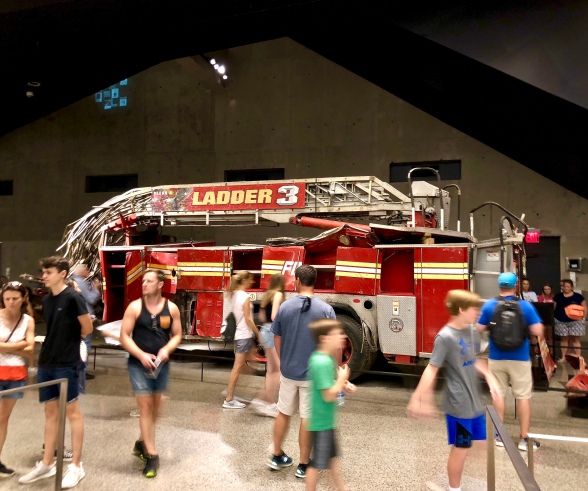 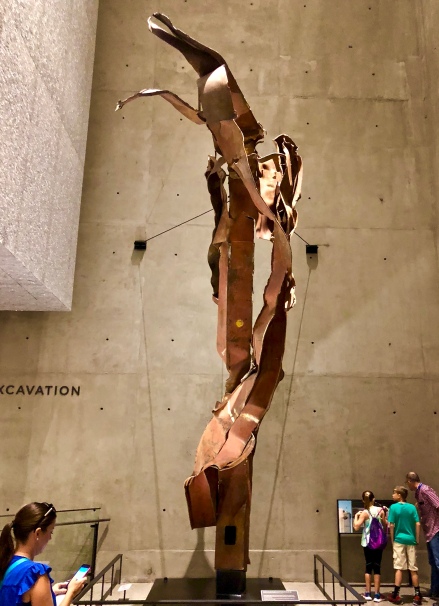 The Historical Exhibition is filled with artifacts, photographs, first-person accounts, and archival audio and video recordings. This exhibit is made up of three sequential parts: the Events of the Day, Before 9/11, and After 9/11.

The Memorial Exhibition is situated within the original footprint of the South Tower, and contains portrait photographs of the almost 3000 people who lost their lives in result of the terrorist attacks on September 11, 2001 and the bombing of the World Trade Center on February 26, 1993. 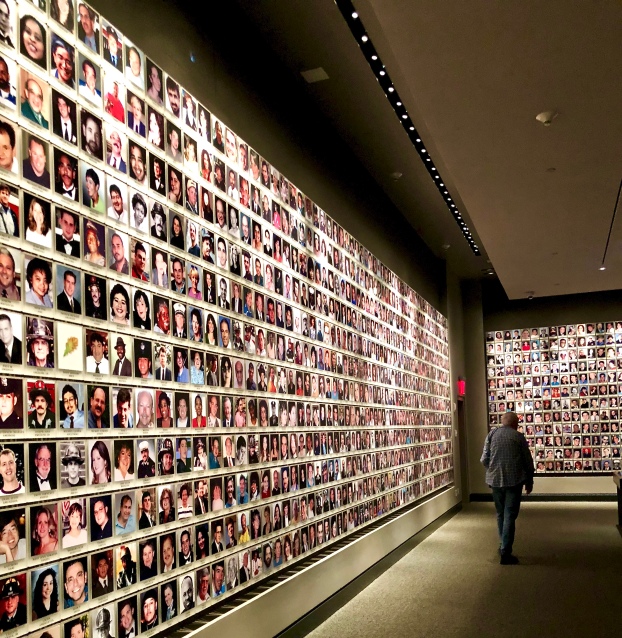 The Memorial is located where the Twin Towers once stood. There are now two large grey chasms in the ground from which water cascades down all four sides before gathering in a pool and finally plunging into a dark void in the middle.

On the brass rims around these twin pools you’ll find stencil-cut names of every person who died in the terrorist attacks of February 26, 1993 and September 11, 2001.

you are encouraged to touch them.

I did not know anyone personally who died that day. My son had just been dropped off for his freshman year in college in Boston. His father had taken that flight back to LA on American Airlines the week before. My mother who lived nearby had gone to a concert at the World Trade Center that Sunday. On September 11 at six am Los Angeles time, I was in the airport at American Airlines (three hours earlier than New York) waiting to get on a seven AM flight from LA to Boston because I had gotten a call a few hours before that my son was in the hospital about to have his appendix out. 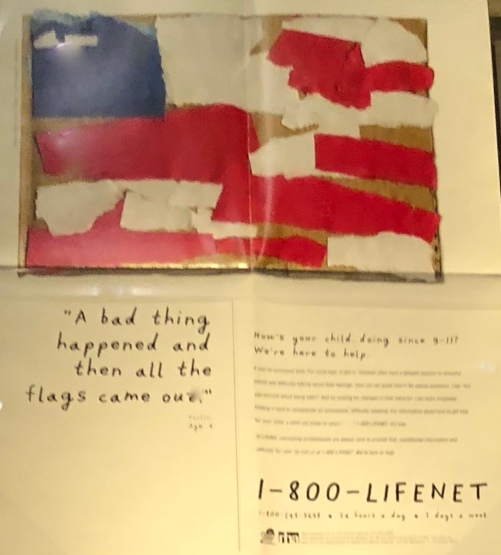 “There but for fortune go you or I” Phil Oaks. 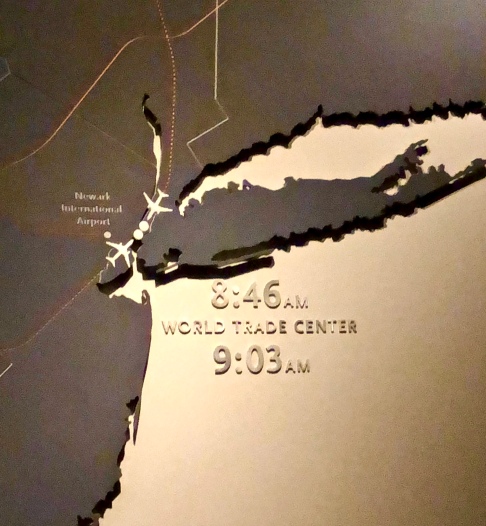