“Earth’s crammed with heaven. But only he who sees, takes off his shoes.” Elizabeth Barrett Browning

Everyone who has been to Iceland will tell you that a day trip driving the Golden Circle  is necessary, and they are 100% correct. The Golden Circle is the most popular day trip  from Reykjavik.

The first stop is Gullifoss which I have already talked about. 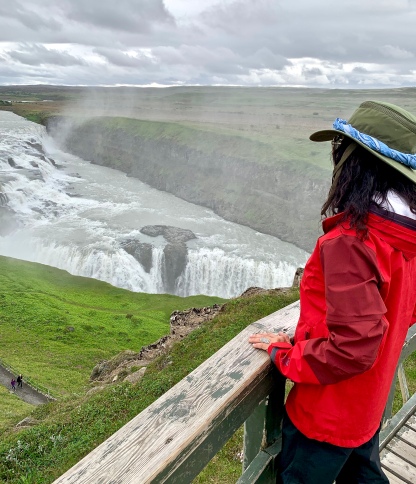 The next place to visit is the geysir. The English word “geyser” is actually derived from this exact geysir here in Iceland. 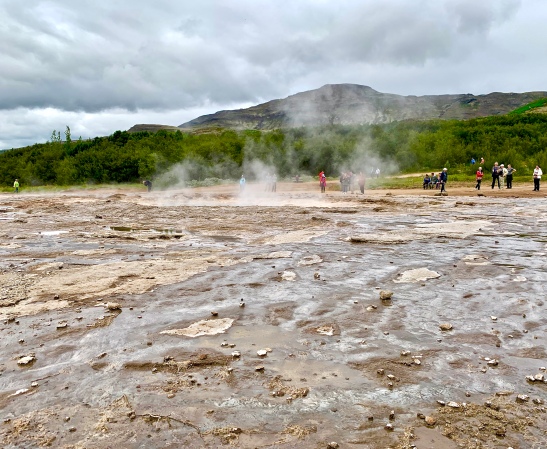 There are lots of bubbling pools to check out, along with the two famous geysers, Geysir and Strokkur. Strokkur is the only one still active today, which erupts every 5-8 minutes or so, sometimes even more (meaning you’ll see it shoot out it’s steaming hot water multiple times) What’s cooler than watching a hot spring spout steaming water up to 60 feet in the air without any mechanical support? That’s geology for you. 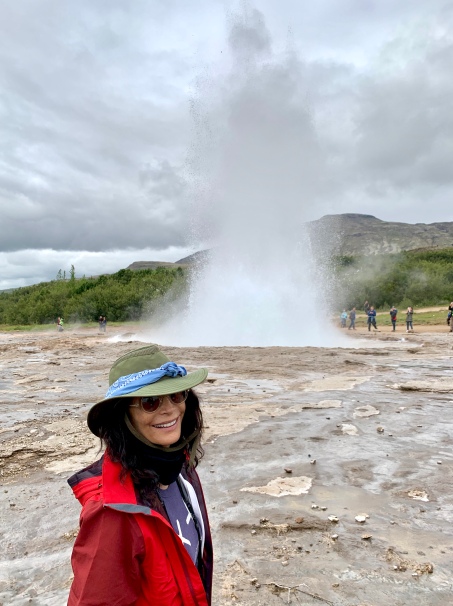 The last  stop is Iceland’s first National Park, Þingvellir. Not only is it the first national park and Iceland’s largest lake,  but it’s also the location of Iceland’s first Parliament, started back in 930 AD. Back then an assembly of 48 chieftains would gather to discuss Viking law and hold court. It’s regarded as the founding of Iceland as a nation and historically important to Icelanders. Pingvellir has recently been accepted on the UNESCO World Heritage list because of this. 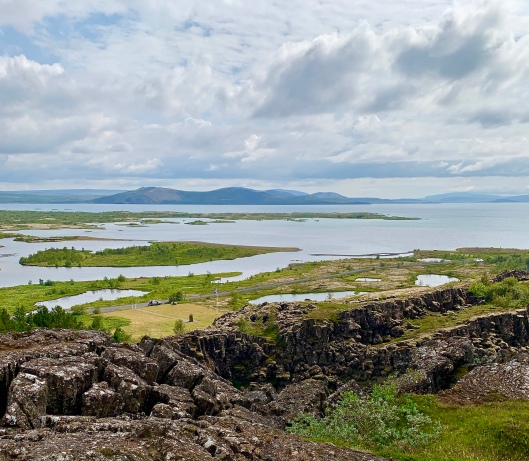 And for all you Game Of Thrones fans, this is also the place where many scenes of the show have been filmed, 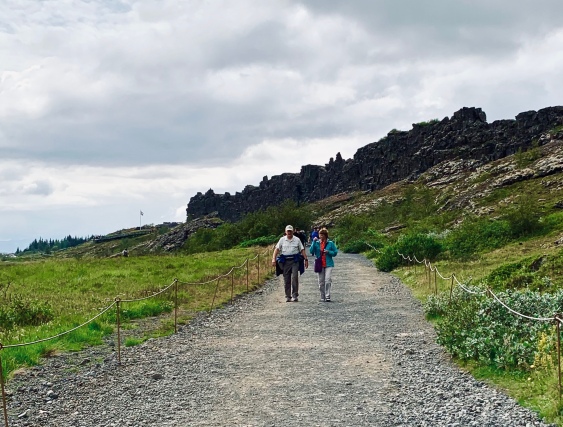 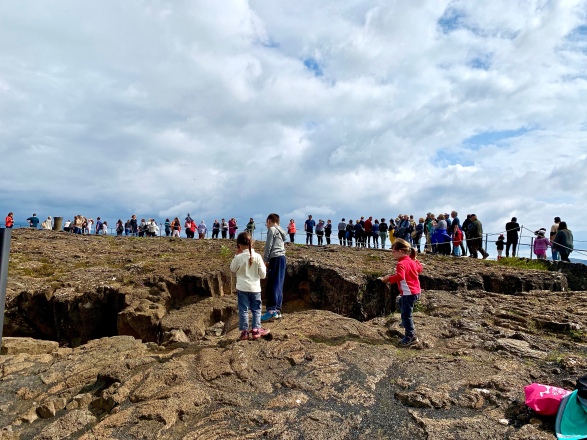 The plates are slowing moving apart at around 3cm per year, ultimately meaning the continents are being brought closer together. 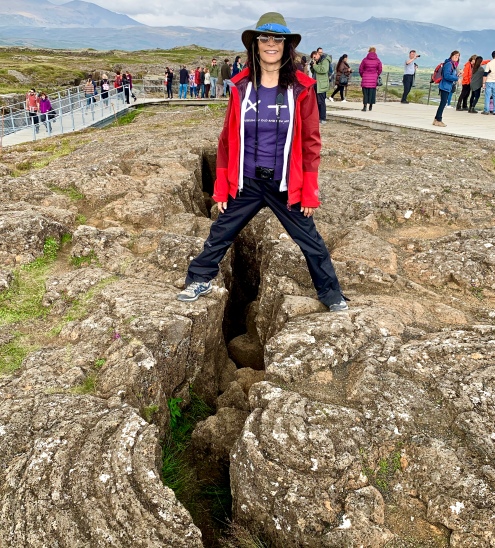 I was lucky enough to be able to tour Iceland in a Smithsonian group led by geologist Scott Burns. It was on my bucket list to do Iceland with someone who could explain the rugged beauty, glaciers, climate change and volcanoes. Scott was just intimidating enough for me to know that he knew his stuff, and just as easy-going to answer my questions. I learned so much and it was fun. I look forward to more trips with him. I have a lot of this earth to understand.Thanks for everything. 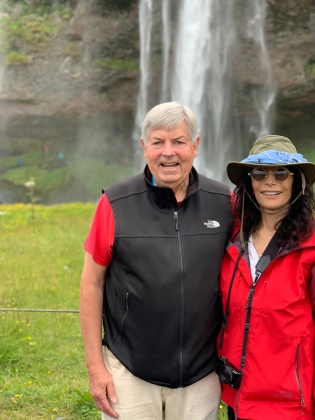