“Much of human behavior can be explained by watching the wild beasts around us. They are constantly teaching us things about ourselves and the way of the universe, but most people are too blind to watch and listen.”  Suzy Kassem

Spotting a jaguar in its natural habitat is one of those surreal experiences. One of the best places to spot them is in the Pantanal, Brazil. It is easier to find them here because there are less places to hide than in the Amazon. (photo Emilio White)

Oncafari is a jaguar conservation project on the grounds of the Caiman Reserve in Brazil. We set off in our jaguar printed vehicle to spend the day with Oncafari. Victoria is our expert guide. 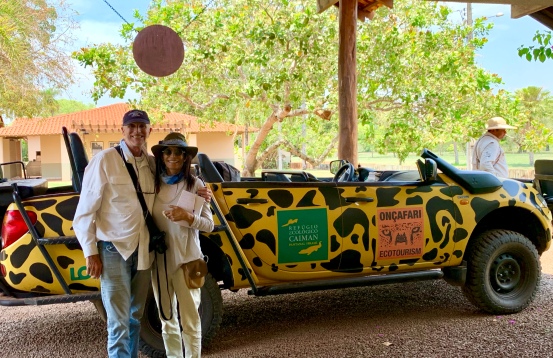 As in Africa, Oncafari has worked to habituate the jaguars to the sight and sound of the vehicles.Some of them have tracking collars and we can follow them deep into the bush. Victoria points out animal and bird sightings along the way. 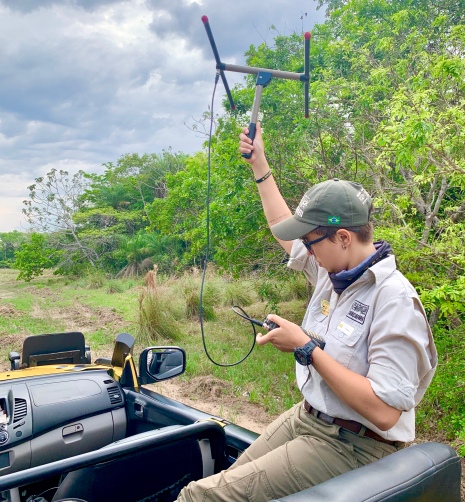 This beautiful female jaguar with piercing green eyes is sitting in the bushes. It was not bothered by our presence and eventually strolls back in the brush.

The pattern of a jaguar’s spots is unique to every individual, allowing Victoria to identify this  particular jaguar. 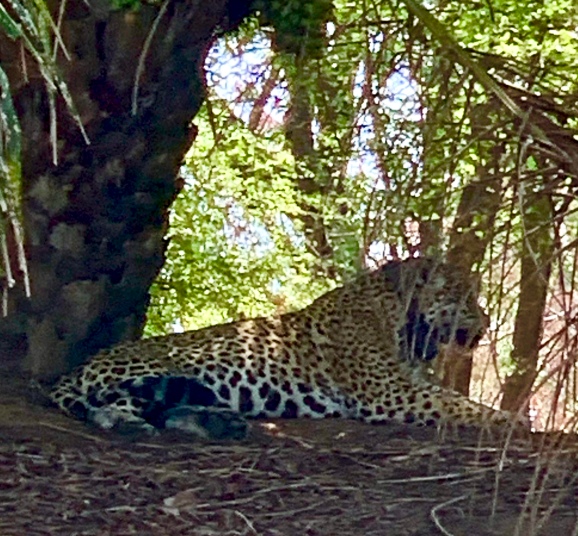 Later we learn more about the Oncafari project and how they use radio collars to monitor the jaguars. Camera traps are set up throughout the reserve to allow Onçafari to keep track of their jaguars without the jaguars ever knowing they’re being monitored. Jaguar sightings have increased at Caiman over the past seven years due to the success of Onçafari’s habituation program and the stability of the refuge’s jaguar population.

In the afternoon, we are less successful. But we finally find a jaguar hidden in the bush and track him for a while.(photo Emilio White)

The next day we spot a jaguar sitting under a tree near the water. Four capybaras (very large rodents) are at the water’s edge not moving.

A herd of cows look back and forth from the capybaras to the jaguar as if they are watching a tennis game. The jaguar sprints to the water’s edge.The capybaras dive under the water where they can only stay for two minutes. 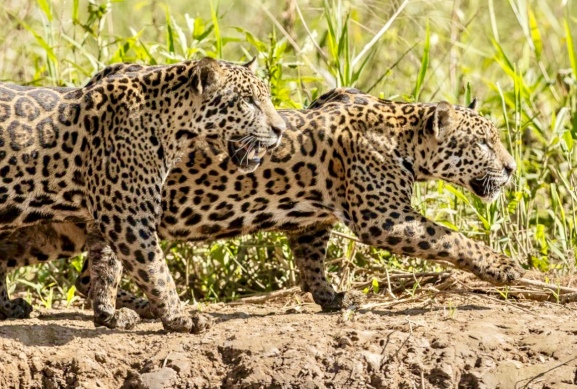 Eight caiman rase their heads out of the water. Eventually the jaguars leave. The three remaining capybaras run away and the caimans go back under the water. When it is all over, the cows drink the water. A guide from Oncafari goes into the bushes and takes a picture of the dead capybara.

The jaguar had bitten his neck and he died instantly without noise. The jaguars may or may not come  back later and eat. 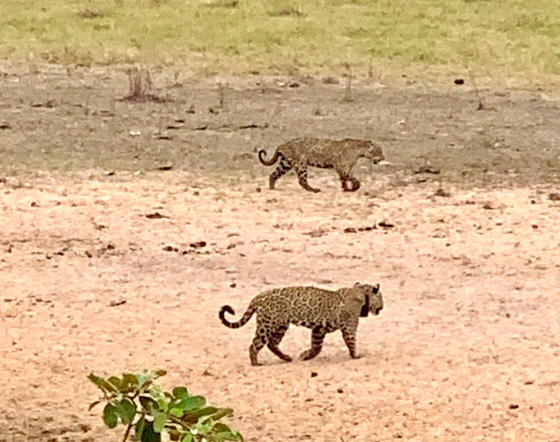 The only sound is the jeep and the birds. It the kind of quiet that reminds me that I am a long way from home and it is not a good day  to be a capybara.