“You never know what worse luck your bad luck has saved you from.” Cormac McCarthy

I am a believer in good luck charms when you travel. I never get on a plane without one. There’s a fine line between a bit of harmless (and possibly helpful) superstitious behavior for luck, and developing an obsessive and crippling dependence on some elaborate routine.

I woke up five hours into my flight to Montevideo, Uruguay and realized my necklace was hanging open on my neck without the charm. I couldn’t find it anywhere. It felt like a  punch in my gut. Flying had always gone remarkably smoothly and I always fly with a symbol that luck was on my side.

A few days later in Punta Del Este, Uruguay, I broke my travel mirror which means seven years of bad luck to those of us who believe in such things. I sat down to tie my shoes and fell off the stool causing my finger to hit a table and bend backwards. Year one was not starting well.The next day it hurt and was swelling up. I could move it and it was not that bruised so  we taped my two fingers together and I got on a plane. it was noticeably  swollen when I got off. ”Do you want to go to the hospital?,” asked the receptionist at the hotel in Sao Paulo when she saw it.  Ice and tape seemed to be helping.

Now, I know that the concept of luck is all in your head, but this situation left me wondering where my luck had gone. It was no surprise that i left a bottle of my favorite moisturizer in Punta Del Este. I was expecting things  like this now. 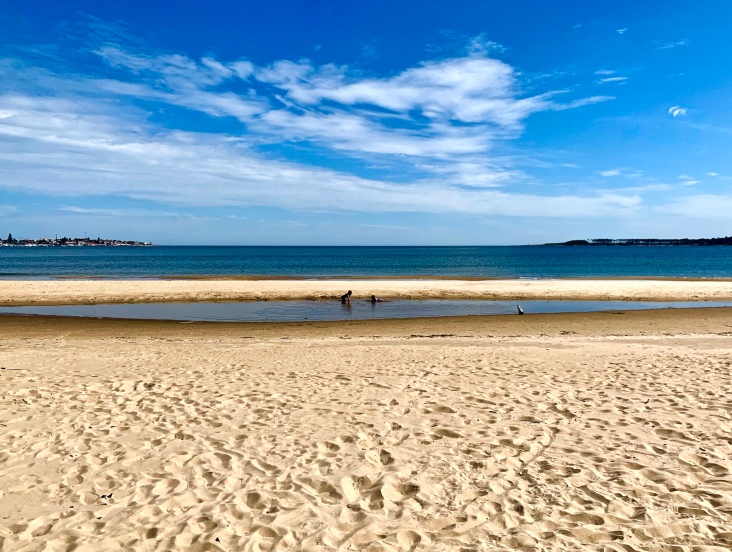 In Salvador, Bahia I dropped my coke on the floor and it spilled out. “That’s bad luck” said  Julia our guide. I explained that I already had it.”Well,” she said, “It’s your third bad thing so now it is done.”

I was not so sure. I needed some good luck – a new talisman. A talisman is a something that brings good luck.

On Sunday Oct 13 while I was in Salvador, María Rita de Souza Brito Lopes Pontes, known as “Irma Dulce” born in Salvador, ,Bahia, and considered to be Brazil’s answer to Mother Teresa  became the first woman born in Brazil to be declared a saint.  Everyone is Salvador was celebrating. It was the perfect day to change my luck. 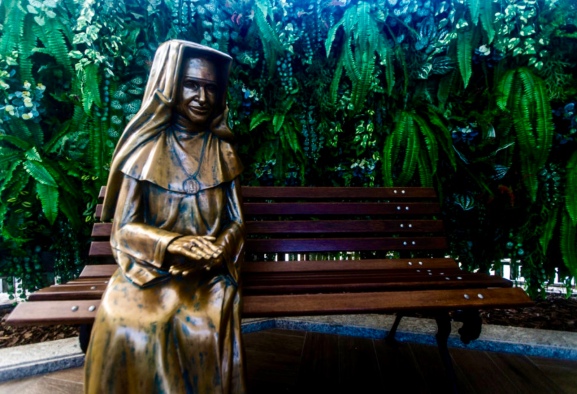 The Church of Bonfim is possibly the most famous place of worship in all of Brazil. The simple white edifice has long been the juncture of Catholicism and the Afro-Brazilian Candomblé traditions. 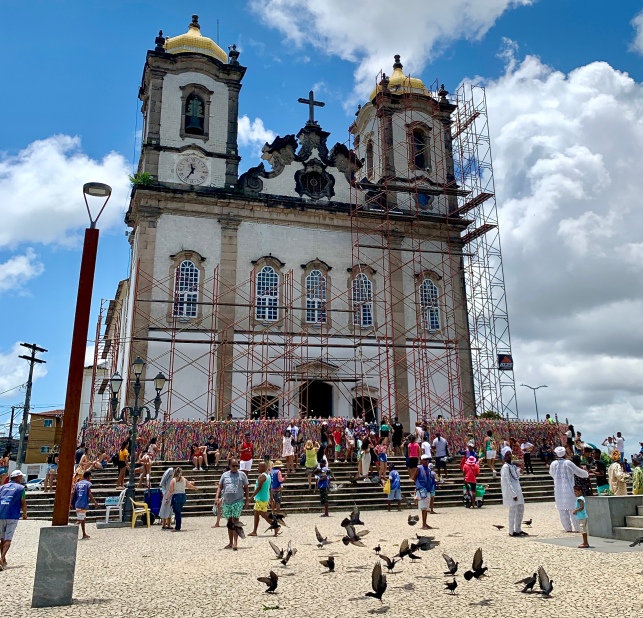 Outside the church and all over Salvador, people sell multicolored ribbons with ‘Lembrança do Senhor do Bonfim da Bahia’ written on them, which are often seen tied to railings in front of churches dancing in the breeze. 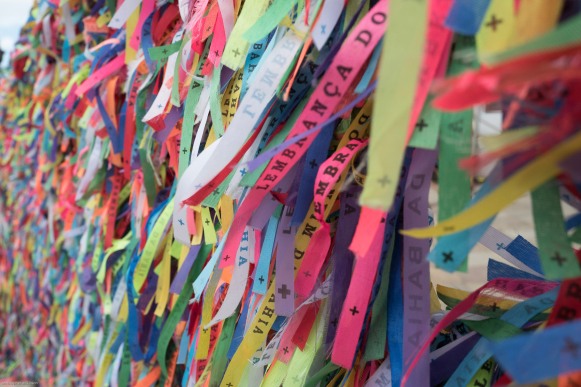 Each color represents a different Candomblé god, and they are thought to bring luck. Our guide Julia negotiated  the price. The first man selling ribbons was charging double. 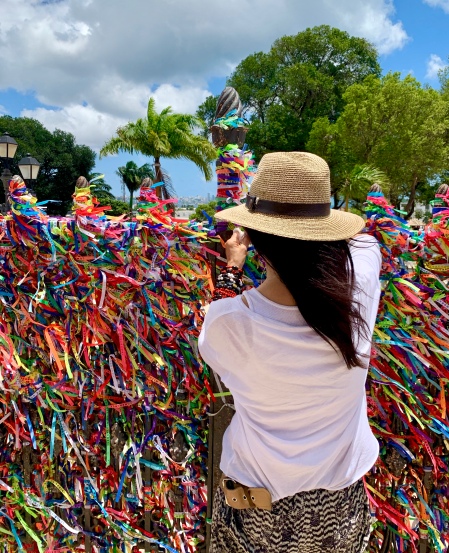 I made some important wishes and tied a few to the church. 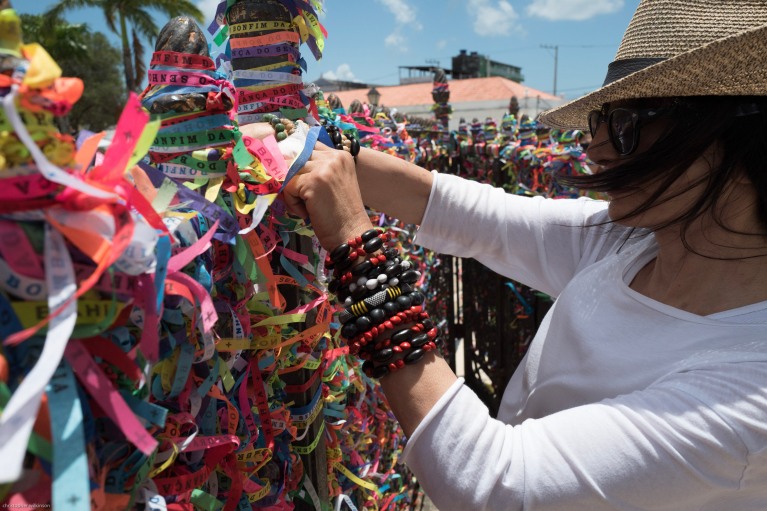 For a bit of money, I receive a blessing from a Candoble priest. I definitely felt lighter. 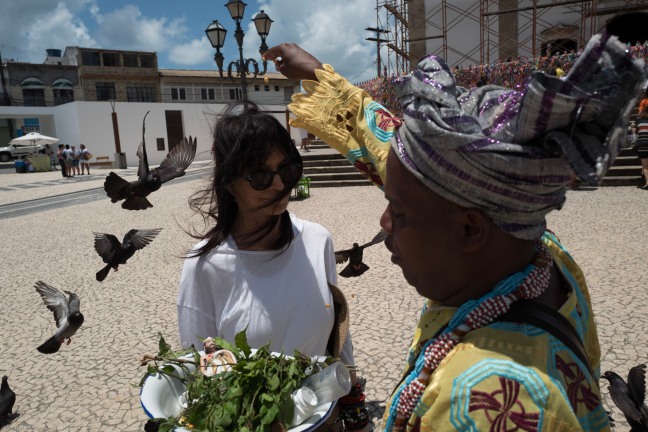 The rest of the ribbons I kept with me and tied them to my purse. We would be flying on a very small plane in a few days. 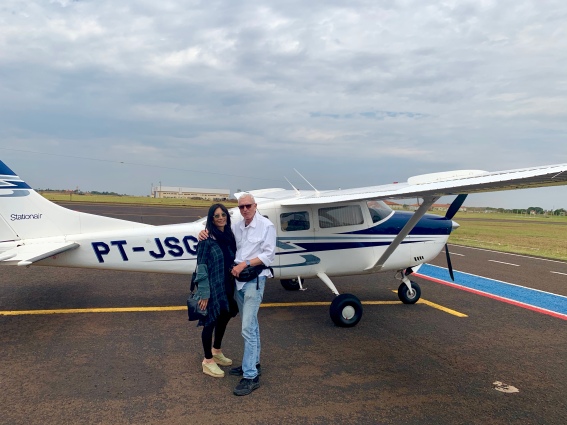 In the Pantanal I broke a bottle of makeup all over the floor and fought with loud, arrogant, racist Trump supporters which definitely affected our time there. 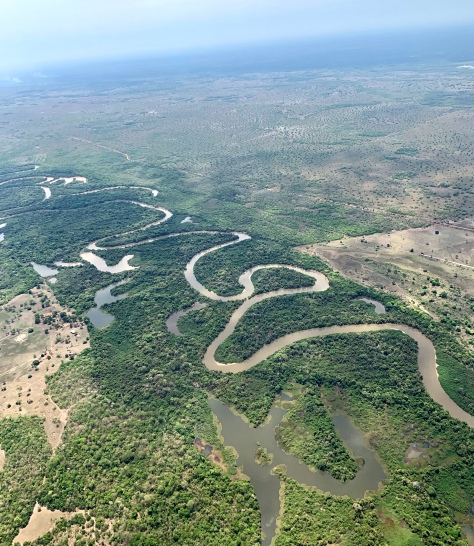 I did not hang enough ribbons for the small stuff. 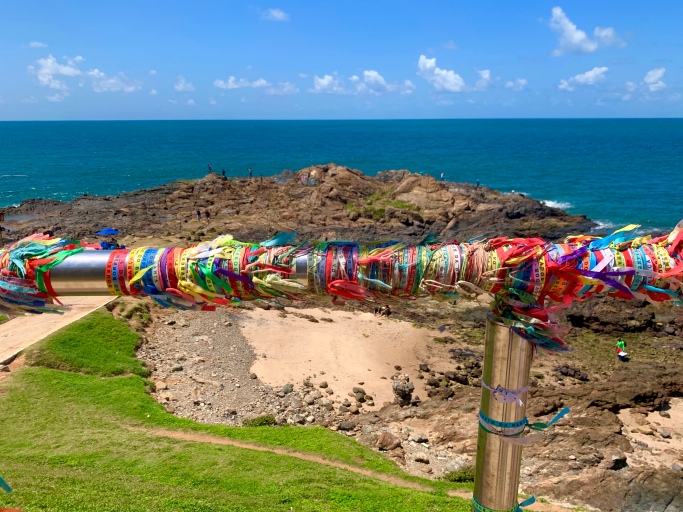 I bought some figas in Sao Paulo.  – a large one for my house and few smaller ones for gifts. Figas are Brazilian good luck charms. They are amulets- protection from evil. As you can see, i believe in all countries  and all religious  symbols of luck.

Good luck charms feed the human need to look beyond ourselves for solutions to our difficulties, while still encouraging us to do our best. When things are tough, it feels good to hold a charm in your hand and hope for things to get better.

Even with all the mishaps and torn ligament, this was one of my best trips. It still doesn’t change my feeling about good luck charms. i will always carry that lucky coin or wear  my lucky socks on a plane because you can never have too much good luck.