Who Will Write Our Story?

“What we were unable to shout out to the world, we hid underground. May this treasure end up in good hands, may it live to see better times, may it alert the world.”Dawid Graber -one of the people who buried the archive 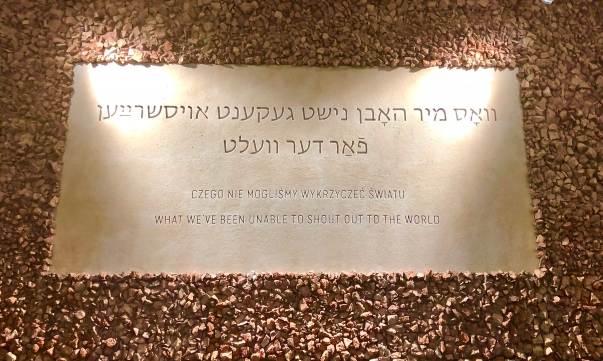 During the darkest period in their history, Emanuel Ringleblum a historian,  gathered a group of scholars and intellectuals and formed the Oyneg Shabes. (named that because they usually met on Saturday) It is one of the most astonishing research projects in history. Ringleblum believed that writing history from “within the event” instead of after from memory would give a clearer picture of what was happening. 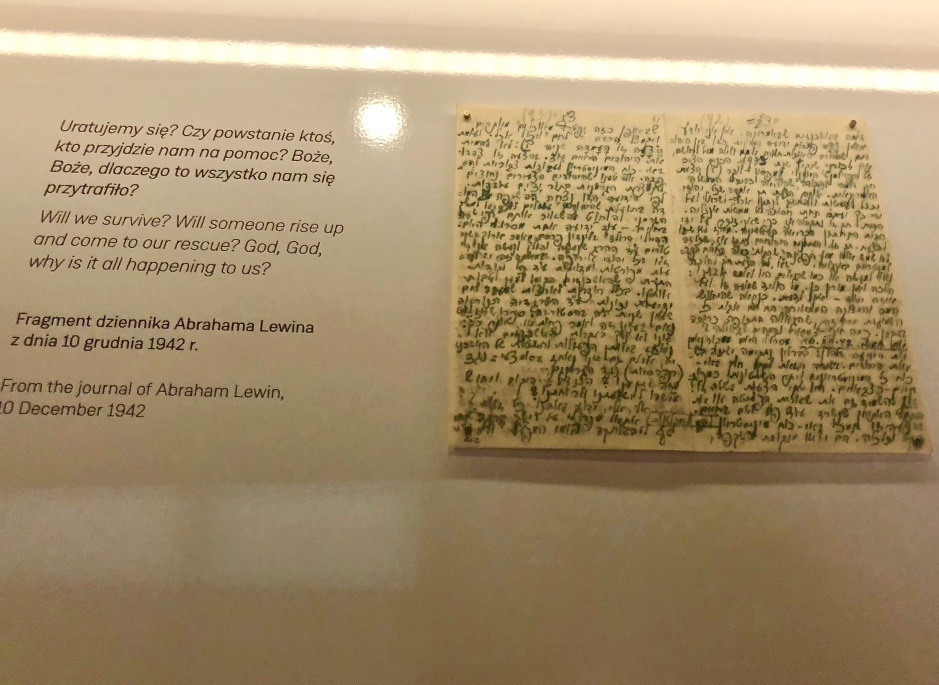 It started as an attempt to collect as much diverse information about Jewish life during this period. They handed out notebooks to people in the Warsaw Ghetto to write their stories within the event and time frame. They reached out to other cities in Poland as well. They collected and wrote diaries, journals, reports, art, literature and studies of life in the ghetto. They also saved newspapers,  ration tickets, letters and postcards, German orders, invitations to ghetto events, theatre posters, fliers, schoolwork, tram tickets and candy wrappers.

I read one book that was recommended for the trip entitled Who Will Write Our History? by Samuel Kassow. I did not realize that in Warsaw, the Jewish Historical Institute  housed this archive and I would actually be able to see it. 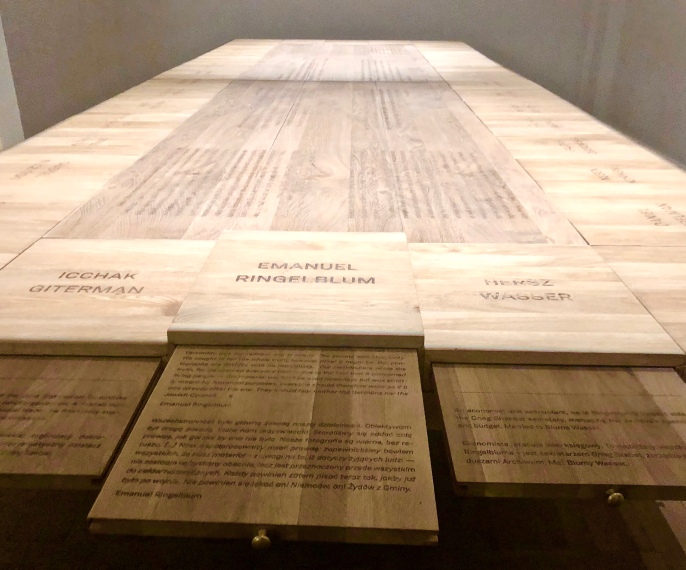 The project changed when news of the mass murders began and the group started documenting the destruction of the Jewish people in Poland. One of the earliest reports about the Nazi extermination of the Jews to reach London and the West was about the Chelmo Extermination Camp. It came from the Oyneg Shabes.

The materials from the Ringelblum Archive were buried in ten metal boxes and two milk cans. The first cache was hidden in August 1942 during the Great Deportation. The other in February 1943 a few months before the Warsaw Ghetto Uprising 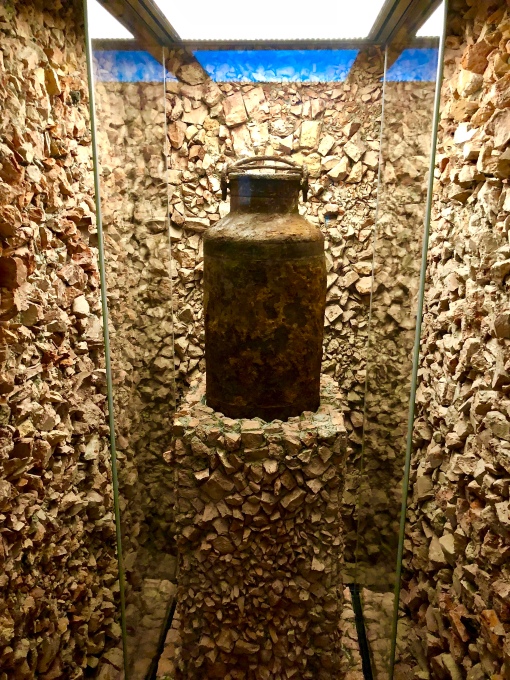 The fear at this point was that none of the two hundred members would survive to know where to dig it up but three of them survived. Emanual Ringleblum and his family did not. 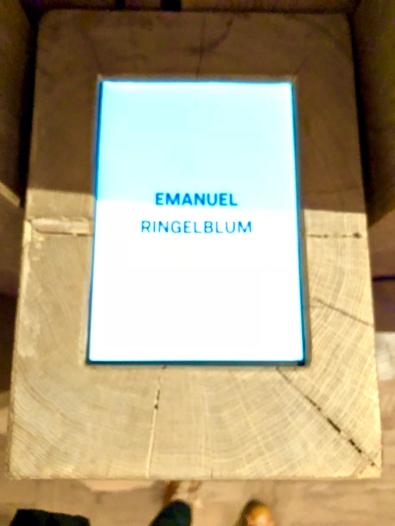 Reading excerpts from the 6,OOO documents was harrowing and heartbreaking but seeing it displayed at the Jewish Historical Institute made their heroism real for me.

They say that history is written by the victors. Poet and Oyneg Shabes member Gustawa Jarecka,  described it as” a ‘stone hurled under history’s wheel to stop it.’ It could not stop it but it gave a voice to the victims and a clear picture of the destruction. ( calculations of deportations)

The first cache was unearthed shortly after the war in September 1946, while the discovery of the second trove came in December 1950. 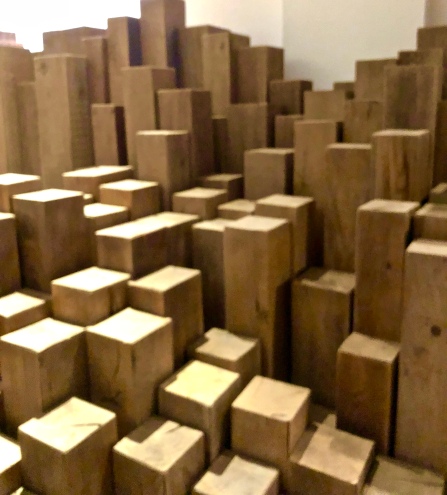 There was also a third cache which has not been found. Rachel Auerbach who was one of the survivors says that “If the third part of the Ringelblum archive is ever found, it will include my papers  turned over after the deportations began, it will include a ticket from the ghetto’s laundry with a poem  by Yisroel Shtern about a tree in the ghetto.”