Walking into Mea Shearim is like walking into a shtetl (village) in pre World War Two Eastern Europe. When you walk through this community they expect you to be respectful of their way of life and dress appropriately. There are signs in English for that.

Tzedakah boxes are posted all over to give money to the poor.

For religious Jews, giving is not an option. It’s a law.

Information is controlled by the chief rabbis of the different communities. The important information passes to the public, after being filtered, and hang as Pashkvil – street posters. 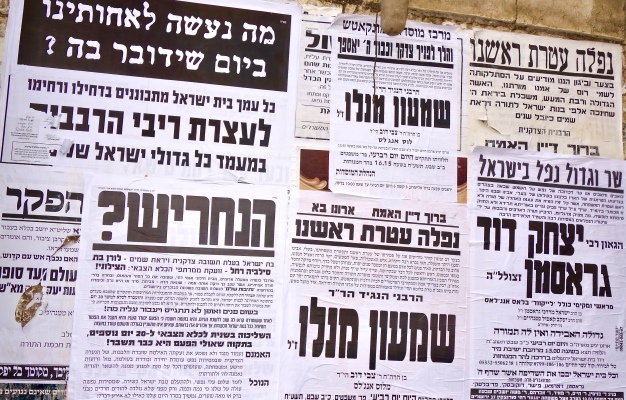 There are a couple of newspapers though not everybody purchases them. There is supposedly no internet and there are signs about that also. 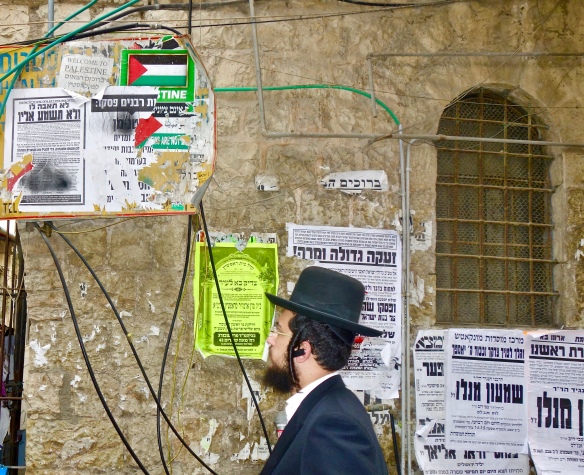 There was something nice about seeing the large families all together, the fresh bakery smells and hearing the language of my childhood. It was a simpler time.

Life revolves around strict adherence to Jewish law, prayer, and the study of Jewish religious texts.

For men, traditions in dress code include black frock coats and black hats. Long, black beards cover their faces, and many grow side curls.

Women and girls are urged to wear modest dress – knee-length or longer skirts, no sleeveless blouses or bare shoulders. Married women wear a variety of hair coverings, from wigs to head scarves.

The residents speak Yiddish in their daily lives, as opposed to the Hebrew language spoken by the majority of Israel’s population. The only use of Hebrew for residents is in prayer and religious study, as they believe that Hebrew is a sacred language to be used only for religious purposes. 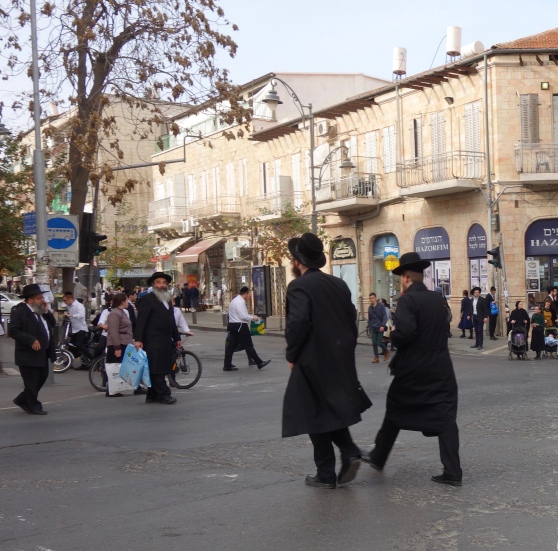 Most of the men spend their days studying Torah, living off a meager stipend, government aid and sometimes their wives salaries. Some go to work. They are exempt from paying taxes and the mandatory army service that all Israelis have to do to. 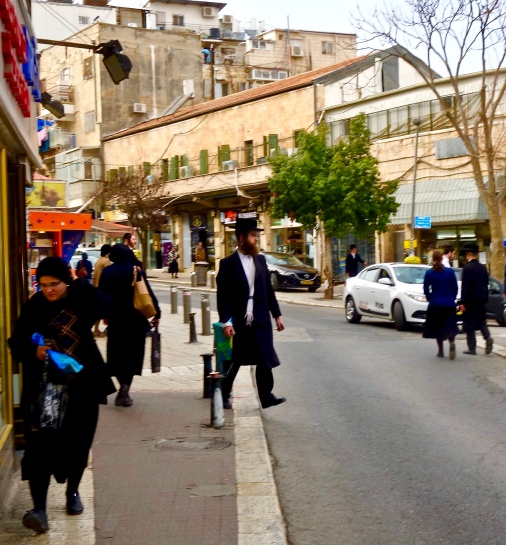 As with all closed societies, the extremists set the tone. The gulf between secular Israelis and the ultra Orthodox is getting wider. There are more similarities between the extremist Islāmic and ultra Orthodox communities. Most stay in their community only leaving to go to the Arab Market and pray at the Wall. 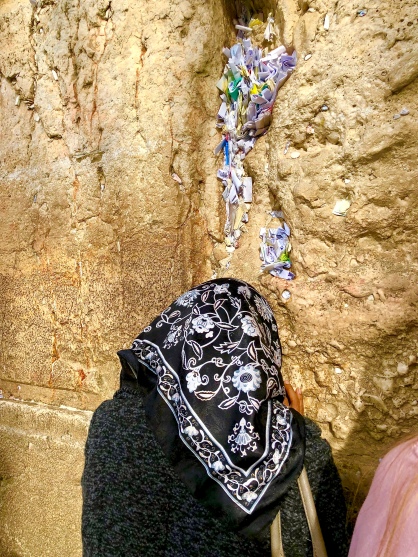 The Orthodox have their own unregulated school system which does not prepare their children for the modern world. Religious schools don’t teach mathematics, science, or English; only the Bible. All day, every day. The men are expected to continue that Bible study for the rest of their lives. It’s all funded by the taxpayers. And the taxpayers are… secular Israelis.

It appears that secular Israelis are moving forward to global life into the modern world and the orthodox are moving backward to a more observant God driven one. 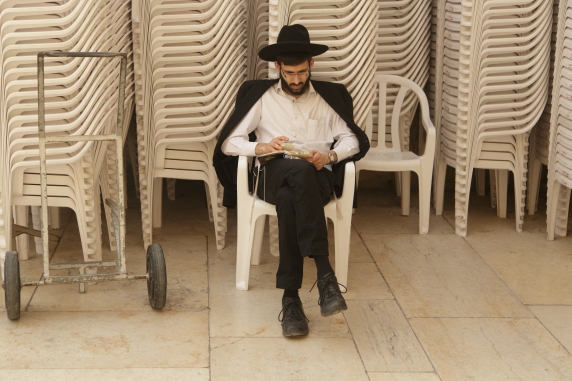 It looks like no one understands both sides and the situation seems to be getting worse.