“Art is only relevant, if it asks the most critical questions and expresses emotions with an innocent eye.” Ai Wei Wei

The Israeli Museum in Jerusalem is the largest museum in the Middle East.

It is located near the Knesset (government), the Israeli Supreme Court and the Hebrew University of Jerusalem.

One of the highlights in the museum collection is the Shrine of the Book which houses the Dead Sea Scrolls. The white roof of the building emulates the lid of a Qumran jar where they were found. Upon entering this incredible cave-like display you feel like you are actually in one of the Qumran jars. 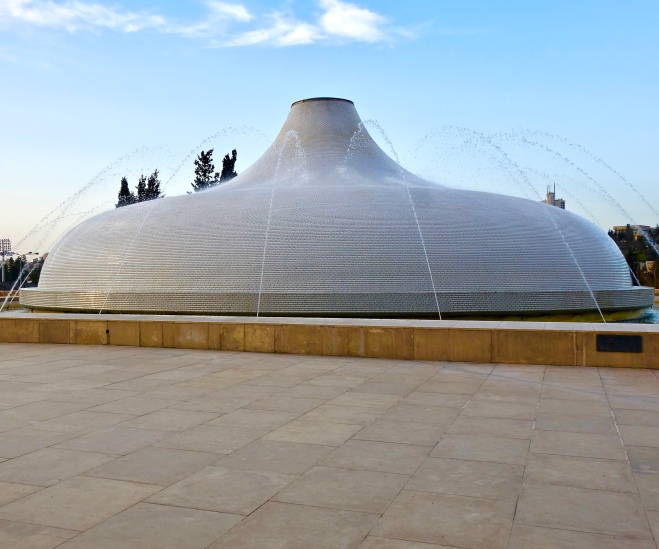 The scrolls are the oldest biblical manuscripts in the world, and were found near the Qumran area in eleven different caves over a ten-year period (1946-1956). The age and scope of these amazing scrolls basically proved the authenticity of our modern Bible’s Old Testament. 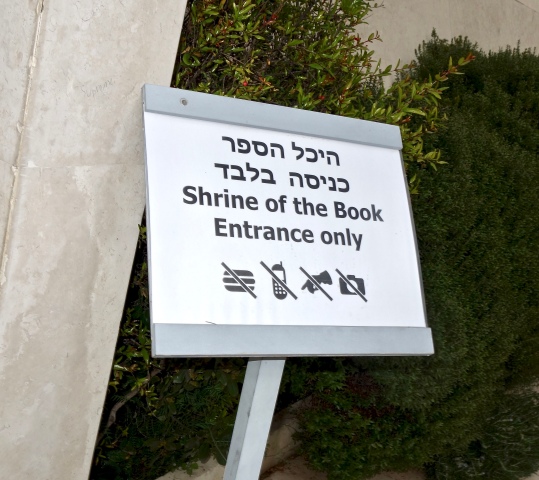 Upon arrival there was an added bonus, an exhibit by one of my favorite artists, Ai Wei Wei. It was an odd choice of country for the pro Palestinian Chinese artist. In the age of fake news and the manipulation of truth, the timely exhibit is called Maybe/Maybe Not. The money from the exhibit goes to an Israeli Palestinian relief fund. It features large-scale works such as part of his “Sunflower Seeds” installation featuring millions of seeds made from porcelain, weighing some 23 tons. (sorry, no flash)

Wallpaper across part of  the exhibition depicts the plight of refugees while mixing in classical images, giving it the look of a frieze from ancient Greece.

His “Soft Ground” installation has particular resonance for Israel.  It is a hand-woven carpet that replicates the floor of the Haus Der Kunst in Munich, commissioned by the Third Reich for the display of Nazi-approved art.

Everything at closer inspection was not what it seemed. There were self portraits made of legos, 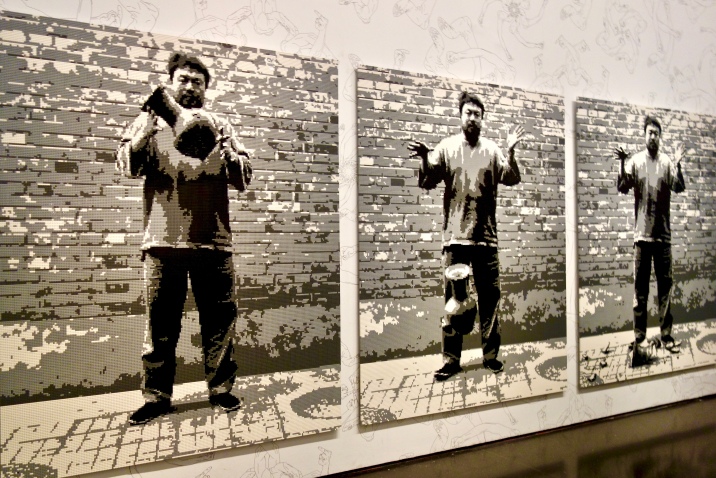 chandeliers made of surveillance cameras

and a selfie taken through mirror when he was being arrested in China.

Iron trees are “planted” at the museum.

They are made from casts of parts of trees from Southern China and part of series that started in 2009.

Were the porcelain cups real or fake? 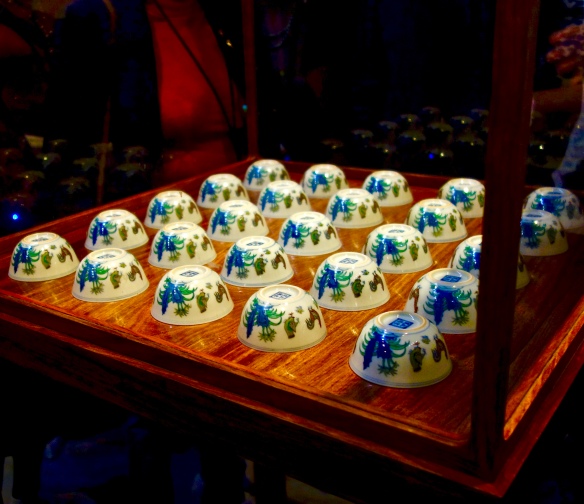 Even the artist himself raises questions. Ai Wei Wei is one of the richest artists in the world.  He is a Chinese dissident who had his passport taken away  by his government but he can travel freely throughout the world. Is what we are told true? Is what we see real? Maybe or Maybe Not. (middle finger all over the world)