Things I Have Learned In Tel Aviv, Israel

“The only thing chicken about Israel is their soup.”  Bob Hope

Tel Aviv is called “the city that never sleeps”

Tel Aviv is Israel’s second largest city in Israel.The city is the center of economy, culture and the media of Israel.

The Tel Aviv Museum Of Art designed by Preston Scott Cohen is all beautiful light and angles.

I loved the exhibition by David Tartakover. 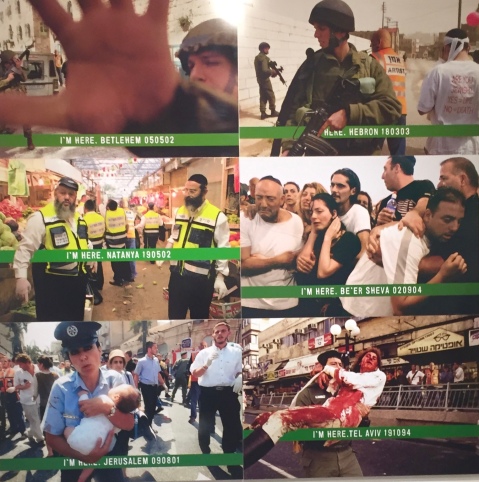 He is a famous Israeli artist who took on the county’s political history with his minimalist poster designs.

There are over one hundred sushi restaurants in Tel Aviv…making it the city with  the  most sushi restaurants per capita after Tokyo and New York. I did not eat sushi there. It was very hot out and I was not feeling the raw fish thing.

Jaffa is the old port city in the southern part of Tel Aviv. 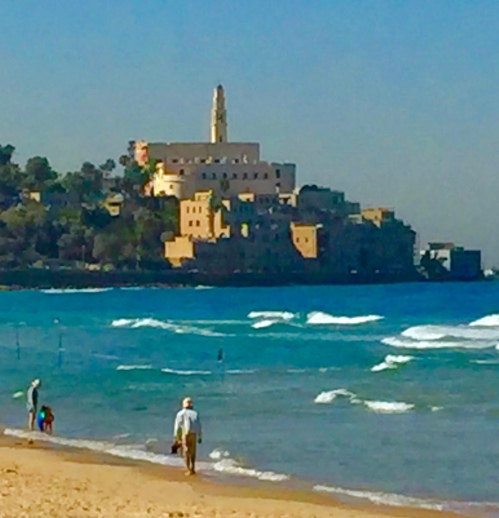 It is a big tourist attraction with Jews, Arabs, artists, galleries, a flea market (Shuk Hapishpishim), restaurants and bars all coexist in the historic buildings. 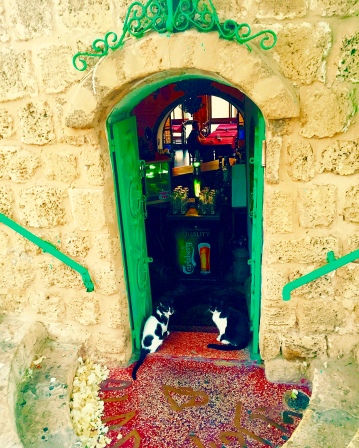 Jaffa’s ancient past is still being excavated.Part of the fun of old Jaffa is exploring its winding streets and alleyways down to the port.

The port has been gentrified but  you can  see fishermen throw out their nets and  hear the call to prayer. 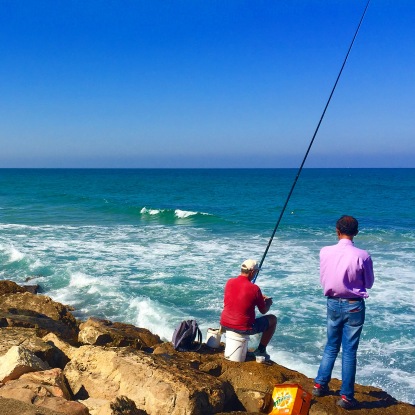 It takes a little less than an hour to drive between Jerusalem and Tel Aviv (43 miles).

Tel Aviv is also known as the “white city”, for some old zones of Tel Aviv, with more than 4,000 structures associated with he Bauhaus style of architecture.

Every Tuesday and Friday, hundreds of residents and visitors make their way to the  Nahalat Binyamin Arts And Crafts Fair.

The Carmel Market, known in Hebrew as the Shuk HaKarmel, is one of the must-sees in Tel Aviv. They sell everything from cds and clothes to fresh fruit and produce. It is one of the best places to try street food in Tel Aviv.

Friday (when I was there) is the most crowded time to visit the market. 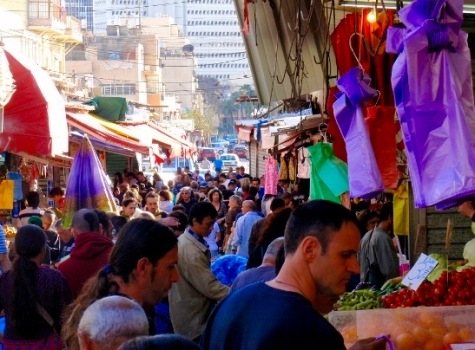 Every one hundred meters in Tel Aviv there is a juice stand. They all somehow manage to make a living. In the last decade the city exploded with juice stalls. Pomegranate juice is my favorite. 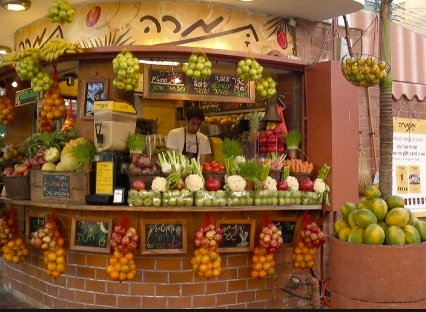 The city has thirteen official beaches.

You will find in every declared beach, free changing rooms, toilets, lifeguard supervision and rescue station, chairs, umbrellas and sun beds for rent. 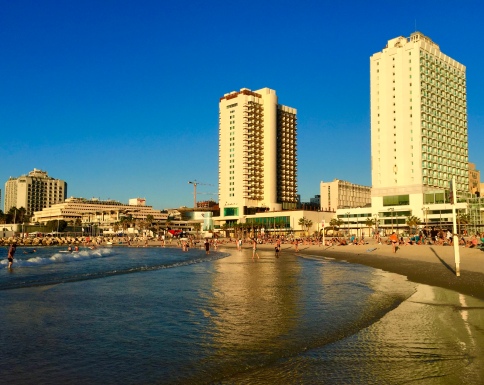 Rescuers’ working hours are 7am -7pm. 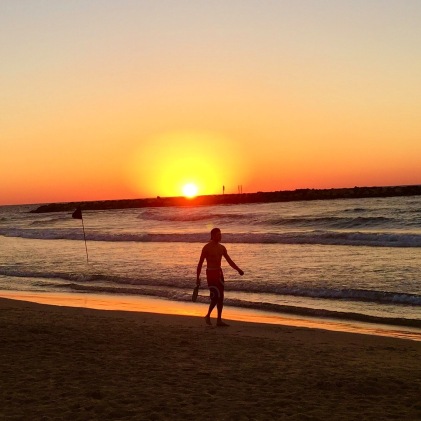 Tel Aviv’s climate could almost be interchangeable with Miami. Heat and humidity rule for most of the year and winters are mild. 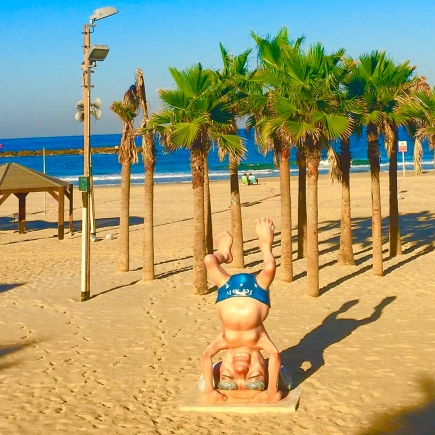 The emblem of Tel Aviv was designed by artist Nahum Guttman in the 1950s and features seven stars to represent the seven-hour working day that Zionist thinker Theodor Herzl held to be the ideal work day.

.Tel Aviv is the capital of Israel’s cafe culture.  Many of the cafes founded before Israel became a state in 1948 are still popular today.

2 thoughts on “Things I Have Learned In Tel Aviv, Israel”