Agent Orange  – The Legacy Of War In Viet Nam

“Vietnam was a country where America was trying to make people stop being communists by dropping things on them from airplanes.” Kurt Vonnegut

Agent Orange was one of the herbicides used against the Viet Cong by the Americans in 1961-1971. It was given its name from the color of the orange-striped barrels in which it was shipped. Agent Orange contains a very toxic dioxin compound. At the time there was an absence of any humanitarian laws about herbicides. The UN adopted a law in 1978 that prevents the use of herbicides that have long-lasting toxic effects on a case by case basis.

The goal was to destroy rural forested land and nearby crops depriving guerrillas of food and cover and clearing sensitive military areas. ,The program was also a part of a general policy which aimed to destroy the ability of peasants to support themselves in the countryside, forcing them to flee to the U.S. dominated cities, depriving the guerrillas of their rural support base. 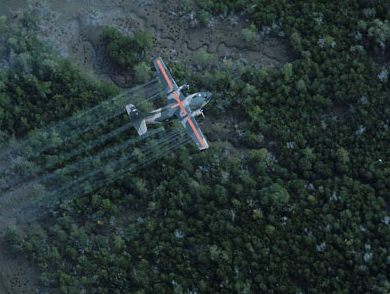 The campaign destroyed 5 million acres of land and mangrove forests and millions of acres of crops. It was later discovered nearly all the food they had destroyed was not being produced for guerrillas; it was only being grown to support the local civilian population. This contributed to widespread famine, leaving hundreds of thousands of people malnourished or starving.

Three million Vietnamese including their children have suffered illnesses as a result of being exposed to Agent Orange. Multiple health problems include, cleft palate, mental disabilities, hernias, extra fingers and toes, cancer, diabetes, birth defects, and genetic diseases. High levels of the toxic dioxin compound are found in the soil around the American military bases where they were stored and will continue to cause illness for the Vietnamese people.

The Vietnamese have established “peace villages”, which each host between 50 and 100 victims, giving them medical and psychological help. U.S. veterans of the war and sympathetic people have supported these programs in Vietnam. An international group of veterans from the U.S. and its allies during the Vietnam War working with their former enemy — veterans from the Viet Nam Veterans Association — established the Viet Nam Friendship Village[1 outside of Hanoi.

We stopped in a place outside Hanoi where victims of Agent Orange wove artwork. As Americans and human beings, we need to support these places when we travel. 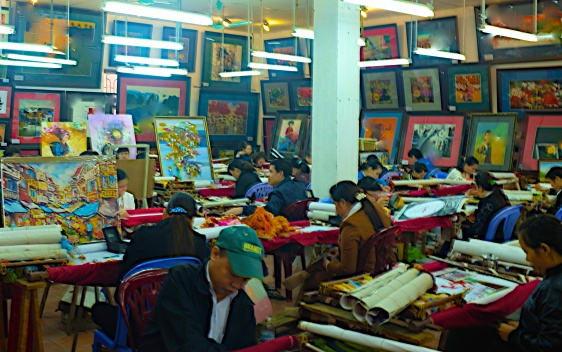 Though my family was always against the Viet Nam War, I feel the guilt of an American. I came from a country who fought for many years in Viet Nam. I guess they thought they were doing something good, but they weren’t fighting for their country and trying to protect their villages and children so after a while they left. I don’t really understand anymore why we had been there at all.