Onsen and Ryokan In Japan

“Do not dwell in the past, do not dream of the future, concentrate the mind on the present moment.” Buddha 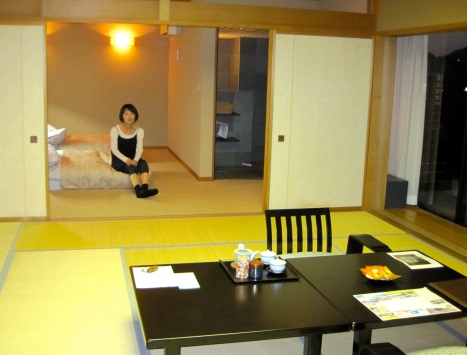 There are many different kinds of ryokan, varying greatly in terms of size, cost and style. Some ryokan are small, family run establishments with just a few rooms, while others are large, hotel-like facilities with hundreds of rooms. Ryokan also range from no-frills, budget varieties to costly establishments catering to the very wealthy.

Ryokan are special and relaxing experiences with an emphasis on traditional style.

I am usually the only American at the ones I have been to. – not only there but in the town. I go with my Japanese friend and she picks the ryokans that Japanese people go to. No one speaks English. It is good because I get to practice my hand motions and have a cultural immersion experience. . It is bad because I live in fear of walking into a men’s bath by mistake since I cant read the signs.

Upon arrival you pick out your kimono robes, sash, socks and slippers which you wear the entire time. No easy feat to keep putting that on and off. There are a lot of rules to wear it correctly. 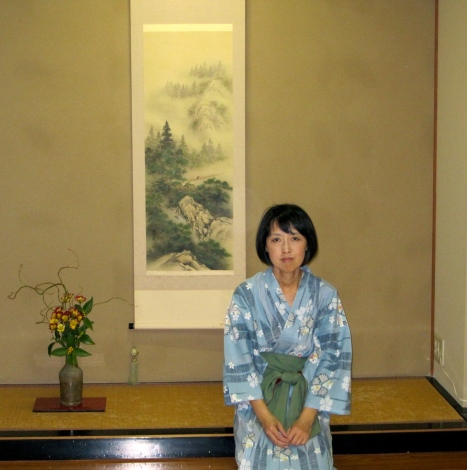 You are shown to your traditional style rooms. Remember to always keep your shoes by the door. Stepping on a tatami mat with shoes is like spitting in public. Hot green tea and a red bean paste sweet are ready in your room when you arrive.

The main activity besides eating is bathing. The geothermal springs located throughout the country( onsens) provide hot mineral-rich water for indoor and outdoor baths. Onsen etiquette is based on Shinto influence. You must get clean before you go in the water. There are always showers or faucets and buckets. You cannot get into the onsen while dirty or soapy. ( Ok I did it once. I can’t lie on the internet. No one does that. It was just too cold to wash with cold water outside. )

Everyone has a small white hand towel which is usually placed on the head or by the side of the bath. It is called the modesty towel – and could be a bit larger with that name. Try not to let the towel fall in the water as the goal is to keep the water clean. (how many times and at how many different onsen, do you think my towel fell in?) Many onsen do not allow bathers with tattoos — especially if they’re large — as these were traditionally associated with the yakuza, or mafia.

The sulfur and magnesium found in hot springs promotes skin health, while the heat of these baths can reduce inflammation and pain, and boost the immune system. 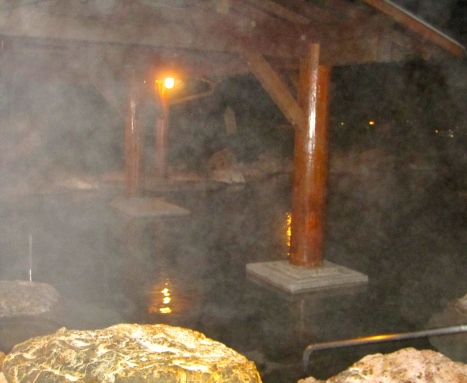 Bathers are expected to go quietly into the onsen. Bathing in Japan is about the contemplative experience, not washing. 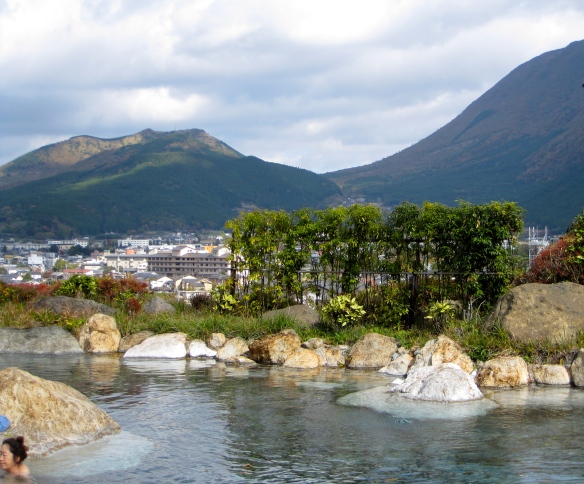 The meals exhibit all that is beautiful about Japanese culture. Kaiseki is a multi course meal rooted in the Buddhist idea of simplicity. It has developed into an exquisite set meal with a succession of small dishes made of seasonal produce where every element is balanced to ensure that the taste, texture, appearance, smell and color of the food captures a sense of the moment within a season. 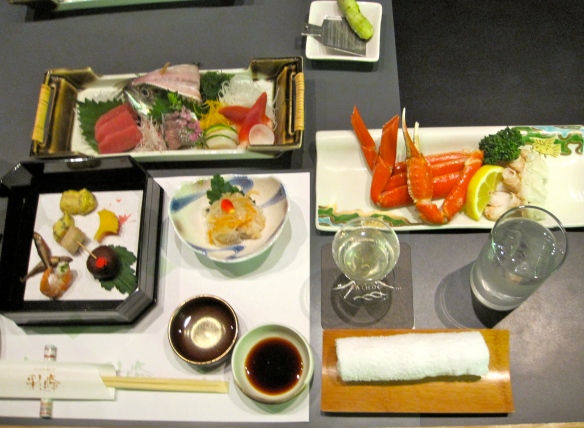 In kaiseki there is a defined set of aesthetics and principles that everyone adheres to. These rules help define the preparation, order of dishes and serving, including the type and look of a utensil used for service. These principles have evolved over the centuries to maximize the sensory experience. 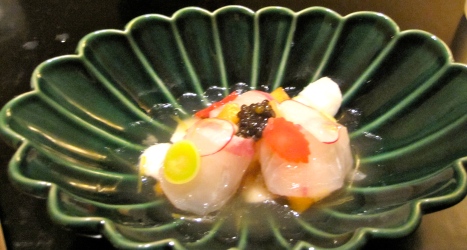 The restaurant environment in Japan is also very different. The majority of kaiseki restaurants offer private rooms for their guests to entertain and the décor is always very simple, whether it is a shared room or private. Often the only decoration will be one artwork, underneath which will be a beautiful flower arrangement – both chosen to capture the mood of the season and the food. The diner is there to focus on the food and savor the moment, rather than to watch or be watched by others.

When you return to your room, after dinner the bed is made up of many pillows and futons (quilts) and is quite comfortable. Sometimes the pillows are filled with rice – which is surprisingly not uncomfortable. Don’t sleep face down as you will wake up with rice marks. It isn’t pretty. If you would like a massage, a massage girl will come to your room.

Breakfast can be a problem if you stay at a typical Japanese ryokan. To the untrained eye (mine) breakfast looks like the same food from the night before but prepared differently. It will always include fish soup and steamed rice and raw eggs. If you mix the raw egg with rice and soy sauce, it tastes ok but not my thing. I see salmonella. Some ryokan will give you coffee in tiny tiny cups and some won’t.

The onsen towns are picturesque rural settings. It is nice to walk around during the day. 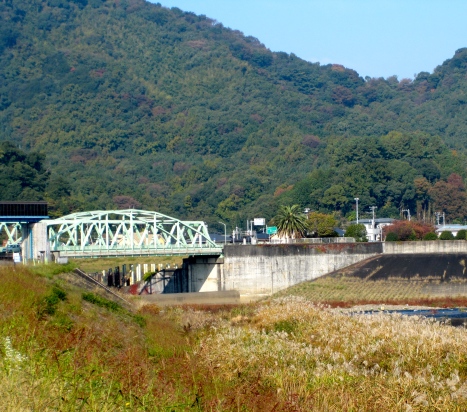 In Yufuin, in the Kyushu islands, I went to the dentist, ate Jidori chicken which is raised there, bought Yuzu preserves and walked around the town with all the Koreans who apparently just take a ferry across.

In Izu Nagaoka (we could see Mt Fuji from our room),

The Izu Penninsula is one of the pilgrimage sites of the seven temples for the seven gods. Like the rest of the world, the Japanese are obsessed with the number seven. The Shichifukujin 七福神 are an eclectic group of seven deities from Japan, India, and China. Only one is native to Japan (Ebisu) and Shinto tradition . Three are from the Hindu-Buddhist pantheon of India and three from Chinese Taoist-Buddhist traditions (In Japan. They travel together on their treasure ship and visit human ports on New Year’s Eve to dispense happiness to believers. Each deity existed independently before Japan’s “artificial” creation of the group. Today, images of the seven appear with great frequency in Japan. By the 19th century, most major cities had developed special pilgrimage circuits.(Ebisu, the fisherman god number one on our pilgrimage)

.We were given a map and set out to find them. If you find all of them, you get a prize. We were about half way into the forest and had found half the temples until we met someone who said the next one was pretty far and he had driven. We went for sushi.

When leaving the ryokan , the staff will see each guest off in a smiling, bowing, waving ceremony at the street door. A small gift may be presented, and the inn’s brochures will be distributed. – Ryokan Katsuragawa Saihou (Nagaoka, Izu Peninsula) phone: (dial local) 055-948-3106, Ryokan Musouen, Add: 1251-1 Kawaminami Yufuin-cho Yufuin Oita, Japan 879-510

These are the places I miss most in Japan. The good things always make you remember them.

12 thoughts on “Onsen and Ryokan In Japan”