Things I Have Learned In Auckland, New Zealand

“For those who are lost, there will always be cities that feel like home.”  Simon Van Booy

Auckland  is called Tamaki Makaurau in Maori. This area is known as the Tamaki plains. It means “Tamaki of a hundred lovers,” referring  to the many battles of tribes for the possession of this desirable region.

It is also known as “the city of sails”. It has more boats per capita than anywhere else in the world.  One in three Aucklanders have a boat.

Kiwis are among the best sailors in the world. New Zealand won the last  America’s Cup .

The MPI ( Ministry For Prima industries) have serious recreational fishing rules. They want to keep fish available for everyone. There are rules around the number of fish and shellfish you can catch, the sizes of fish you are allowed to keep and where and how you can fish.

Auckland  has largest Polynesian population of any city in the world. It was originally inhabited by Maori people.

The Sky Tower In Auckland  is the tallest structure in the Southern Hemisphere at 328 metres. You can hurl yourself off and plummet 192 meters if you are looking for something to do in Auckland. Its called the Sky Jump and it has a certificate of excellence from Trip Advisor which I guess makes it completely safe. 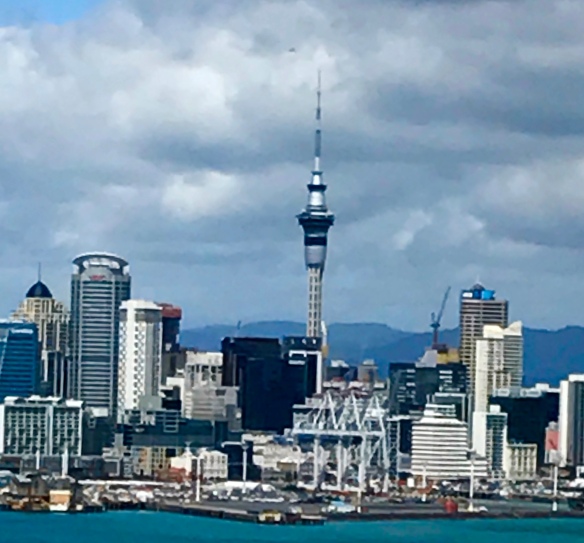 Parnell and Ponsonby are trendy areas in Auckland full of bars, restaurants and cute stores.

It is fun to walk around the lively marina and have green lipped mussels. I normally am not a fan of mussels but these are giant and delicious. They are supposed to be really healthy and help with joint inflammation. 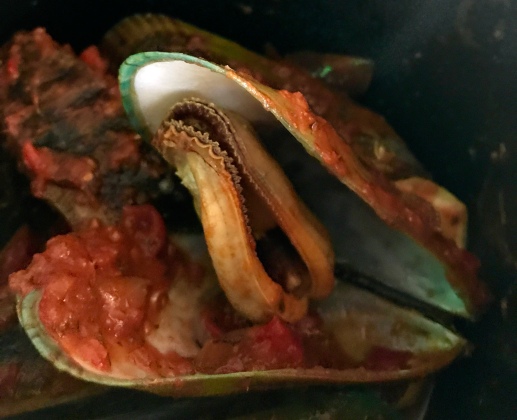 Waiheke Island is a beautiful island 40 minutes away by ferry from Auckland. 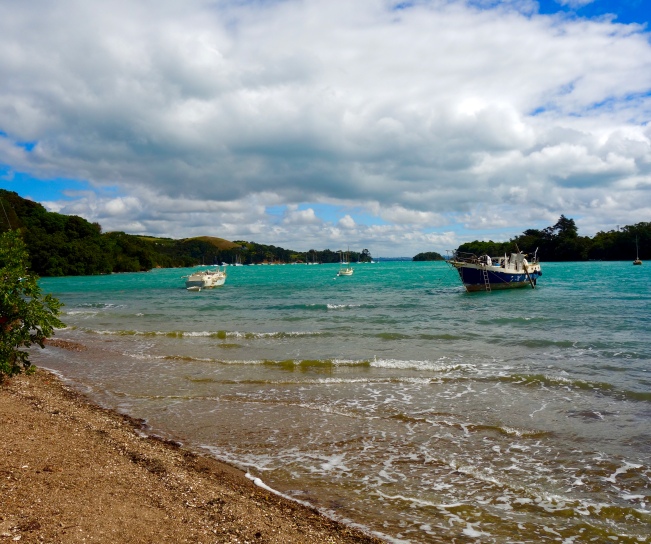 It has become quite expensive in the last few years but still has a relaxed island feel.

It is known as New Zealand’s island of wine.

Mudbrick and Te Whau wineries stand out, with their stunning views, great food and superb wine. 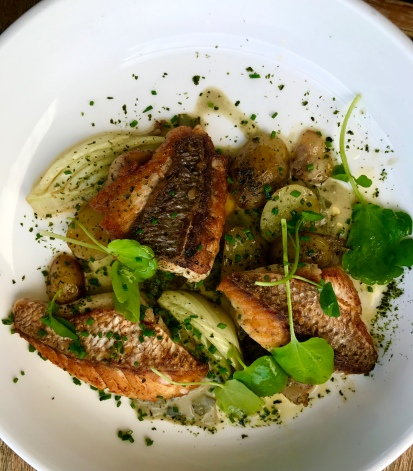 There are  wine tasting tours or do it on your own.

You can do it as a day trip as i did or stay a few days as my daughter and son-in-law do. It is one of their favorite places. I  can see why.

The island is small but not walkable. We toured some art galleries and met local artists.(Gabriella Lewenz Studio Gallery) 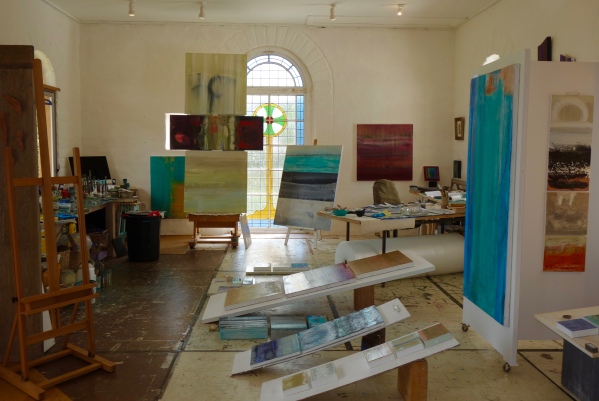 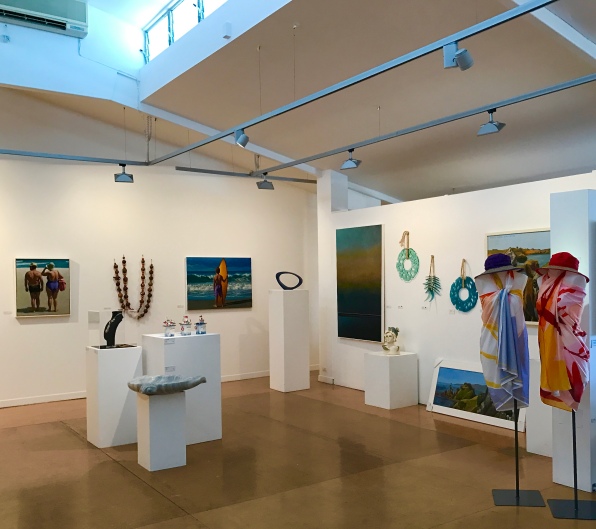 We stopped in the little town of Oneroa with plenty of  restaurant options and on to the beach. I would have been happy to stay there with a book for the rest of the day.

I spent a beautiful day on Waiheke Island with Niki Walker of Ananda Tours.www.ananda.co.nz/ She is fun, knowledgeable and clearly loves this island. Thanks for a lovely day.

New Zealand’s most famous soap opera, Shortland Street, is filmed on the North Shore of Auckland.

Auckland is the largest as well as the most populous urban area of New Zealand.

One in three adults in New Zealand are obese. Though it is bad for their health, it makes it a great place to go to the beach as opposed to Los Angeles.

Sir Edmund Hillary, the first person to climb Mt. Everest lived in Auckland. His number was in the phone book. When school children, did a report on him, some called him up to get the information directly from him. He was happy to help. Eighteen thousand people showed up for his funeral.

The Auckland Domain is Auckland’s oldest park, and one of the largest in the city.  The park is home to one of Auckland’s main tourist attractions, the Auckland War Memorial Museum, which sits prominently on the crater rim of Pukekawa. 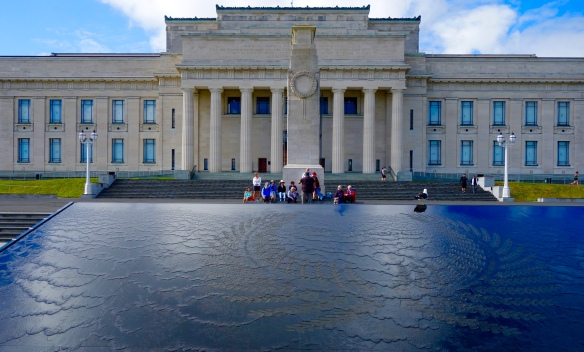 Pukekawa, is one of the oldest volcanoes  in the Auckland Volcanic Field.

Rangitoto is a baby volcano in Auckland and is only about 600-700 years old when compared to the other giant volcanoes.

Auckland is built on a volcanic field. There are about 50 volcanoes in Auckland, all of which were active in the last 600 years or so and 96 per cent extinct.

The city of Auckland  uses their volcanic craters as sports fields.

Auckland has two harbors on two separate major bodies of water, namely Manukau Harbor on the Tasman Sea and the Waitemata Harbor on the Pacific Ocean.

The Harbor Bridge in Auckland has 8 lanes and the central barrier in the bridge is moveable.

Kauri trees in New Zealand are among the oldest trees in the world. By the time Auckland became the capital of New Zealand Kauri was being used  for building. It was a prestigious timber to have and nine out ten houses were being built from it inside and out. The supply of Kauri is dwindling so boats and houses made from kauri are worth a lot of money in Auckland. People try to keep them in the family. 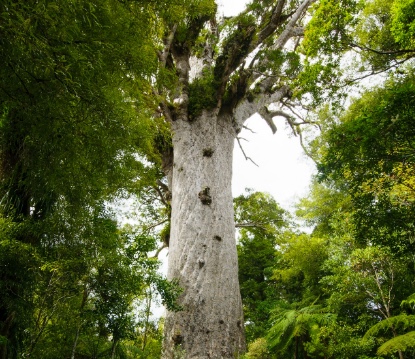 Auckland has a perfect, 100 km of coastline and is home to some of the most stunning beaches in the world. 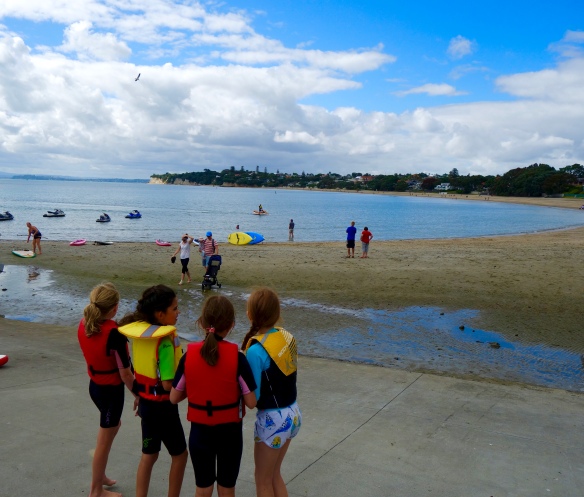 You can get a government no interest loan for college if you stop the brain drain and stay in New Zealand. if you leave, the Kiwis say it raises the IQ of both countries.

If you have an engineering degree from the University of Auckland you are guaranteed a job around the world.

Auckland is the breeding ground for the New Zealand Sea Lion, which is the most endangered of the five species of sea-lion in the world.

A very weird fact is that ‘pigeon post’ is still considered an official posting service in Auckland and the rest of New Zealand. Pigeon post refers to using pigeons to carry the mail. Pigeons were used to post letters between the North and South island before 1908. The stamps are very valuable now.

In regard to the quality of life, Auckland currently ranks 5th among 218 major cities of the world.

I usually don’t write  about a half day tour of a city but I learned and retained more information with Wayne Thomas of Bush and Beach Tours http://www.bushandbeach.co.nz/, then any day tour I have ever been on. He has a way of passing on knowledge that is sometimes funny and sometimes personal  that makes you remember it.  This is a wonderful welcome tour of New Zealand. I highly recommend him. 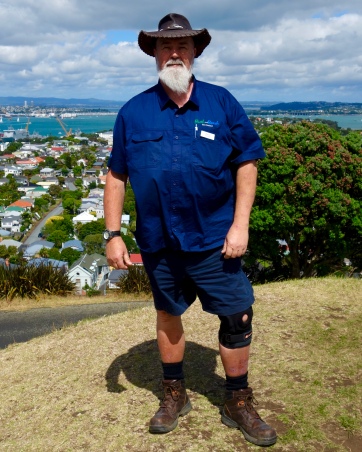