Things That I Have Learned In Johannesburg, South Africa

For you in the West to hear the phrase ‘All men are created equal’ is to draw a yawn. For us, it’s a miracle. We’re starting out at rock bottom, man. But South Africa does have soul. ~ Athol Fugard

There is only one other city on the continent that is bigger than Joburg, and that is the bustling metropolis of Cairo in Egypt. Johannesburg is the second biggest city on Africa.

The Chris Hani-Baragwanath Hospital is the largest acute hospital in the world. The hospital has 2,964 beds and is the only public hospital serving the 3.5 million people in Soweto, Johannesburg.

Managing your safety is an every day thing in Joburg. With Johannesburg’s extremes of poverty and wealth and the presence of illegal firearms, it’s hardly surprising that the city can be a dangerous place. Do your sightseeing in daylight downtown and be aware of no go zones. As in any high crime metropolitan area, be aware of your surroundings. 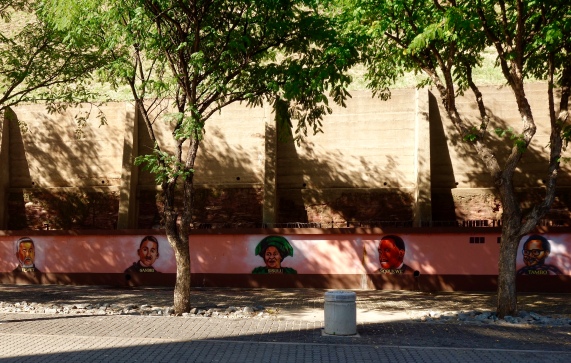 I was with a tour guide who knew where and when to go places. I loved Joburg and did not feel any more unsafe than New York or Sao Paulo.  (FMB Stadium where the 2010 World Cup Soccer matches were held) 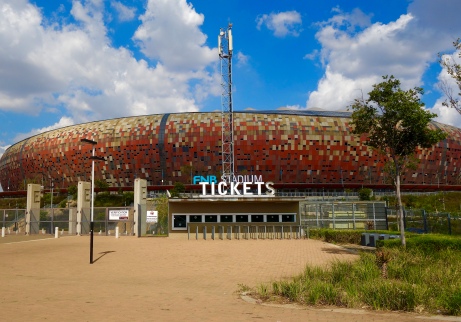 Don’t expect too much from the police, who normally have priorities other than keeping an eye out for tourists. Do the research before you go.  (Il Giardino, Stanley 44) 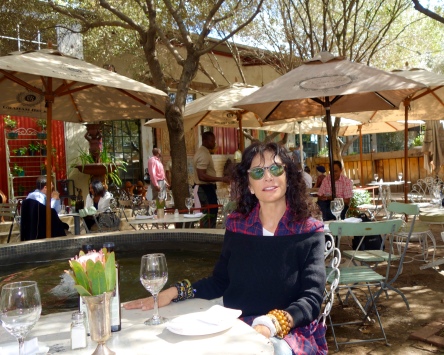 Johannesburg is the world’s biggest man-made forest, with over 10 million trees. This number is set to grow, as City Parks launched the Greening Soweto project in 2006, with the goal of planting an extra 200 000 trees in the famous township. Not only do Joburg’s trees combat the greenhouse effect, they help reduce noise.

South Africa’s turbulent past offers a lot of material for its contemporary artists and galleries. The art work focuses on everything from history, race, identity, the modern world and everything in between.

it is definitely an exciting time to be viewing contemporary art in Johannesburg.

At the Goodman Gallery, I spent a lot of time looking at the work and art films of William Kentridge. He is a South African artist and one of the most famous contemporary artists working in the world today. The work  that I saw was very much based on real events, anti apartheid and anti evil all pulled together by artistic magic.

The rich archaeological site known as the Cradle of Humankind is on the outskirts of the city. Forty per cent of the world’s human ancestor fossils have been discovered around Johannesburg.

The Market Theatre was founded in 1976 in the old Indian fruit market building. It is world-renowned for the many anti apartheid plays and received a special Tony Award for giving a voice to their struggle around the world. The theater company is known for premiering Athol Fugard’s plays. He was an anti-iapartheid playwriter. I was aware of the Market Theatre in 1980’s when I saw Sarafina on Broadway about the student riots in Soweto. 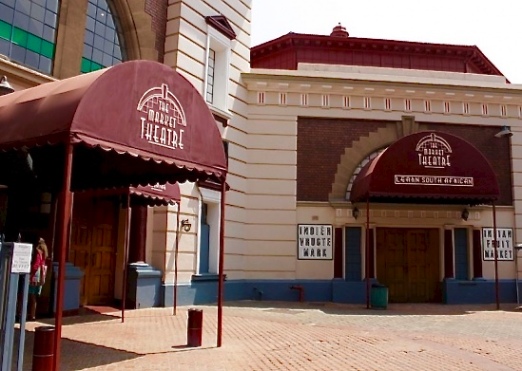 There are few places with as much history as Soweto. it was the center of resistance to apartheid and symbol of the poverty the system created.There is still plenty of poverty but there is also a middle class and a wealthy neighborhood. 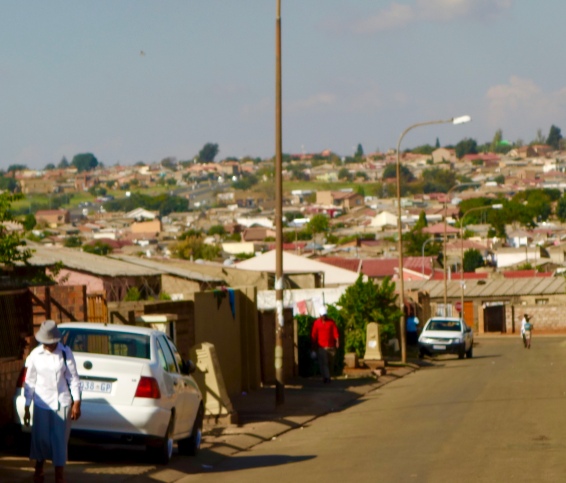 Chez Alina is great place to have lunch in Soweto. It is a house that has been renovated into a restaurant adorned with the work of local artists. It can be a bit touristy so go during off hours. ( www.chezalina.co.za )

Alina and her daughter created a restaurant that serves delicious homemade local food and employs people from the neighborhood – dancers, singers, artists selling crafts, and restaurant employees. I particular enjoyed the singers who sang the South African music of the fifties.

It was such a pleasure to meet and talk to Alina who takes great pride in what she does. It is definitely something to include in your Johannesburg days.

Satyagraha House was the home of Mohandas Gandhi when he lived in South Africa, It was designed by his good friend architect Hermann Kallenbach.

The museum is filled with the intertwining history of these two men. It is unique in that it links a guest house and museum. ( www.satyagrahahouse.com )

The museum serves as a record of Gandhi’s fascinating life in South Africa.

It was supposedly here that Mahatma Gandhi created and developed his philosophy of passive resistance: which was called Satyagraha in Sanskrit.

It takes one-minute longer to boil an egg in Johannesburg than it does in the coastal cities of Cape Town and Durban. This is because Joburg is unexpectedly high and 2000m above sea level.