Ten Of The Coldest Countries In The World

“You can’t get too much winter in the winter.” —Robert Frost

I‘ve lived in Southern California for a long time. I do not do cold very well. Neither does my body. I have a weird autoimmune thing where my fingers and toes turn blue very quickly from cold resulting in circulation problems.  I don’t usually consider very cold trips, but there are some places i will have to go. The places on this list are cold. They have some beautiful white scenery. They are amazing countries. The only thing is – it is very, very cold.

Antarctica is the coldest country in the world. It is the Northernmost place on planet earth and gets little to no sun all year round. There are no native human Antarcticans. Nobody conquered anybody and it really was discovered. People who travel to Antarctica are tourists or they work on scientific research stations. No one actually lives in Antarctica the way they do in the rest of the world. If you want to go to Antartica on your own without a tour, you need permission from your government and you have to show how you will have no environmental impact. It is an environmentally sensitive place. The last  flight out of the South Pole is in February and there is not another one till November so plan your trip accordingly.

Greenland is the  world’s largest island located  between the Arctic and North Atlantic Oceans.  When you hear the word Arctic you know it is cold. Eighty percent of the island is covered in ice. the other twenty per cent is inhabitable. Greenland has an Arctic Tundra that is being affected by climate change. so you might want to see it soon.  Tundras are among the earth’s harshest landscapes. If you’ve missed the Northern Lights, you can see them here three hundred days a year. Icebergs are visible everywhere.  They do have a short  summer season. People live in Greenland. There are flights from Iceland, Denmark and Canada which are other cold countries.

Iceland. Take a look at the name. The country is cold. Iceland is a road trip and best done in summer. If you are thinking of road tripping in the winter in the snow, I hope you are in a four-wheel drive. Seat warmers are a good thing. Iceland is one big photo-op so be prepared to take a lot of pictures. Also Icelanders love ice cream.

Russia. Parts of Russia are very cold-like Siberia.The world’s coldest city is Yakutsk, located in Yakutia a republic in Siberia. I can not go there because if you wear glasses outside the metal will freeze to your cheek making them difficult to remove without taking out part of your face. Five to ten minutes a day outside in winter can cause pain. Clothing for maximum warmth is fur. It is expensive but it’s a good investment in your future of not freezing to death. If you drive to work, you will need to run your engine all day.  Winter lasts about seven months. This doesn’t sound like a trip for everyone.

Kazakhstan. The best time to travel to Kazakhstan  is not in the cold biting winter. It would not be my personal choice. The danger in winter is frostbite and stupidity. Things fall on your head – ice slides off a roof, large icicles drop from branches trees fall.  Stay away from narrow slippery streets. You will never dress right – no matter how much clothing you wear. You will be too hot inside or too cold outside.You cannot predict it.

Canada. Parts of Canada are effing freezing. (I’m running out of cold adjectives.) Winnipeg, Manitoba has the coldest winter weather of any major Canadian city. It ranks first for the lowest average temperatures. Snag Yukon is the coldest city in North America. Canada is frigid dark and cold in the winter. You will have no trouble getting into restaurants, museums and events  because most people are home. It is beautiful in the summer.

USA. Alaska is one of our states. Weather in Alaska in the winter is cold and dark. Days are short to very short, but that doesn’t mean there isn’t skiing, dog sledding,  ice skating and viewing the Northern lights. They are big on winter festivals and hotels and tours are fifty per cent off. Do you know why? because it is cold, cold, cold. It’s not deadly cold like some other places. But cold enough to wear a heated jacket and carry a supply of handwarmers. 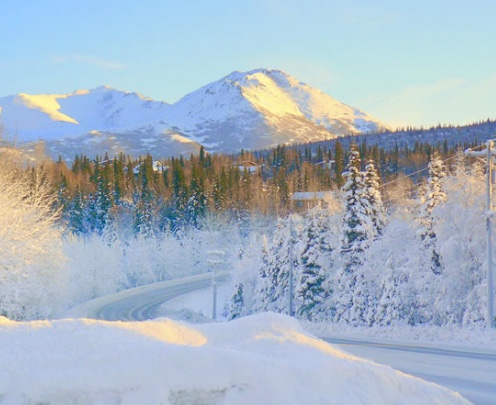 Finland is close to the Arctic Ocean and the Northern winds bring the cold. It is one of the  northernmost places in the world with a population.The cold does not disrupt their life. They have well heated houses, cars, saunas and food. Lapland doesn’t get any light from December to mid January. Lapland is the official home of Santa Claus so of course it is cold. Santa never looks cold. 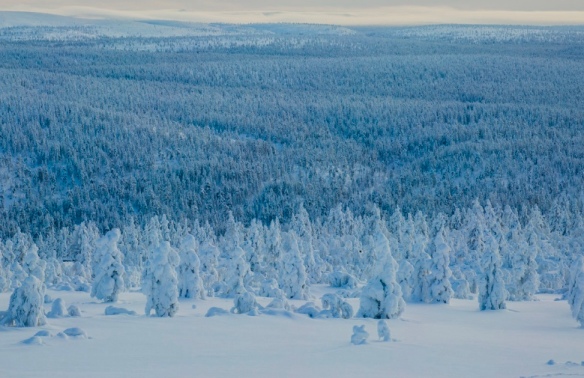 Estonia is the most northern of the Baltic countries and has very cold winters. It’s always below  freezing and snowing with plenty of cold air coming in from Russia. The best time to visit Estonia is not winter.

The capital of Mongolia which is Ulaanbaatar, is described as the coldest capital city in the world. It is cold from October through April. No other capital city demands as much tolerance, fortitude, and strength from its citizens than Ulaanbaatar does. I guess the next time you are cold, it could be worse, you could be living in Ulaanbaatar.

None of these beautiful winter photos were taken by me.