“If it would not look too much like showing off, I would tell the reader where New Zealand is.”  Mark Twain

The definition of Kiwi in an English dictionary  (yes, I still look it up in a book)  is 1-a flightless bird;  2 – fruit originally known as Chinese gooseberry and 3-a New Zealander.

Female kiwi birds lay one of the largest eggs in relation to their body size of any bird in the world. A kiwi egg takes up about 20% of the female bird’s body, and weighs about 16 oz. As the result of such a sizable egg, there is a higher percentage of yolk in kiwi eggs, which enables the kiwi babies to hatch fully feathered, healthy, and well on their way to independence. We got to see one after it was hatched in an incubator but no photos.

Kiwi birds are among the few species that tend to live as monogamous couples, and often mate for life. Kiwi relationships have been known to last over 20 years – more than most Hollywood marriages. They are nocturnal, territorial, have great memories and razor-sharp claws that can do some damage.

A good sense of smell is a rare attribute for a bird, but kiwis have highly developed olfactory senses. They are the only birds with nostrils at the end of their beaks, 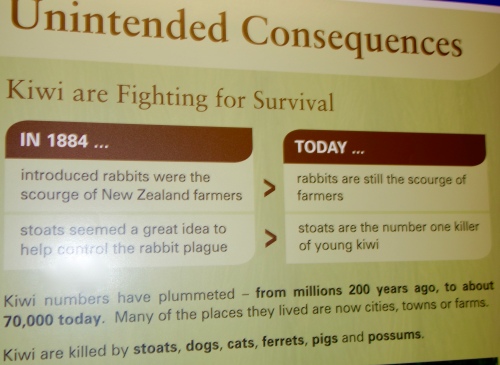 It’s common knowledge that kiwis are flightless, but their lack of wingspan isn’t without cause. Before humans arrived in New Zealand thousands of years ago, there were really no terrestrial predators endangering the kiwi population, so most flightless birds were relatively safe foraging and nesting on the ground.

A fruit seed  from China was planted in New Zealand. Since then, the Bay Of Plenty has become the kiwifruit capital of the world, exporting gold and green kiwifruit to over 70 countries, creating a billion-dollar business for New Zealand. We had a tour of  a Kiwi country farm.

The most popular species of kiwifruit is appropriately called fuzzy kiwifruit, but there is also golden kiwi with a smoother bronze skin. The golden kiwi is actually sweeter and more aromatic in flavor. 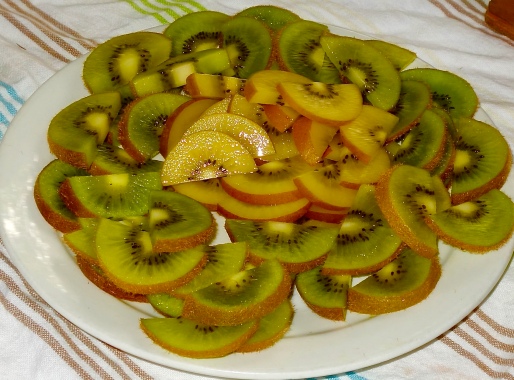 Although kiwis have been native to China for centuries, practically no one in North America knew what they were until 60 years ago. They were first introduced to the U.S. in 1962 and called kiwi fruit by an American importer.  They caught  on quickly.  Most of the world’s kiwis are grown in Italy, New Zealand and Chile. You can eat the fuzz if you want.

If a kiwi does not yield a bit to finger pressure, allow it to ripe by storing it at room temperature away from the sun.Kiwi ripening can be hastened by putting it in a paper bag with a banana, apple or pear. (Here I am once again eating kiwi fruit- clearly that is all I did.) 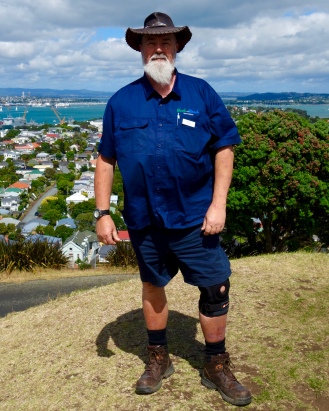 It has something to do with the first World War. The Royal New Zealand Air Force had a kiwi bird symbol and New Zealander is a lot to say.  They take pride in referring to themselves as an odd-looking bird most have never seen in the wild. It is a link to their past when they began to be something separate from the British.

Kiwis have a relationship with their land that is physical and spiritual.

The Maoris have always had it and the  whites (pakehas) have developed it.

Kiwis are easy-going and find humor in most situations. 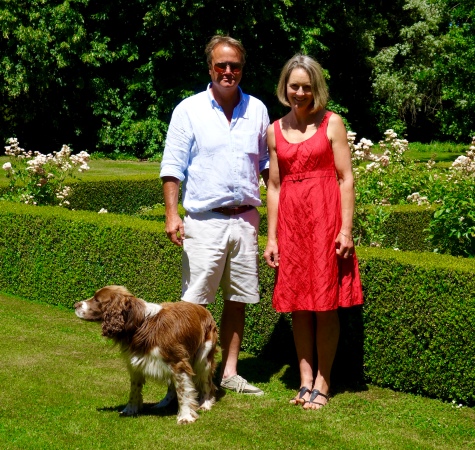 It’s a dry humor similar to Brits and Australians and often used to diffuse conflict and serious situations.

They love to tell a really good lie when asked stupid questions. (who doesn’t?)

When people take themselves too seriously they like to “take the mickey out of them” but they are also are the first to make fun of themselves. 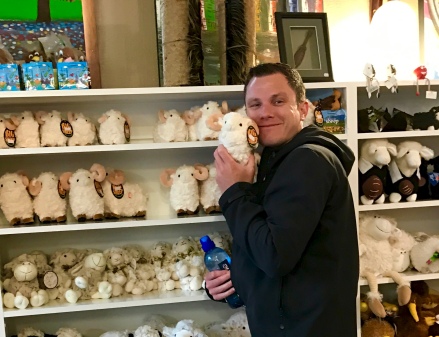 These tourist  questions and New Zealand answers were posted on the New Zealand tourism website.

Q: Will I be able to see kiwi birds in the street? A: Depends how much you’ve been drinking.

Q: I want to walk from Auckland to Wellington can I follow the railroad tracks? A: Sure, it’s only 660 kms, take lots of water.

Q: Are there any ATMs (cash machines) in NZ? Can you send me a list of them in Auckland, Wellington, Christchurch and Queenstown? A: What did your last slave die of?

Q: Can you give me some information about hippo racing in NZ?A: Sure, the hippo racing is every Tuesday night in Auckland. Come naked.

Q: Can I wear high heels in NZ? A: You are a British politician, right?

Q: Do you celebrate Christmas in NZ ? A: Only at Christmas.

4 thoughts on “Kiwi, Kiwi and Kiwi”