“Every great dream begins with a dreamer. Always remember, you have within you the strength, the patience, and the passion to reach for the stars to change the world.”
-Harriet Tubman

Chilean artist Jorge Selarón moved into a house next to these dilapidated steps in between the Lapa and Santa Theresa neighborhoods of Rio. He had left his hometown at the age of 17 to travel to 57 countries, staying anywhere from a few weeks to a few years, before landing in Brazil in 1983. After living in Rio for 7 years, he began decorating the steps. It became a tribute to the Brazilian people, using the bright blue, green and yellow colors of the Brazilian flag as his inspiration. 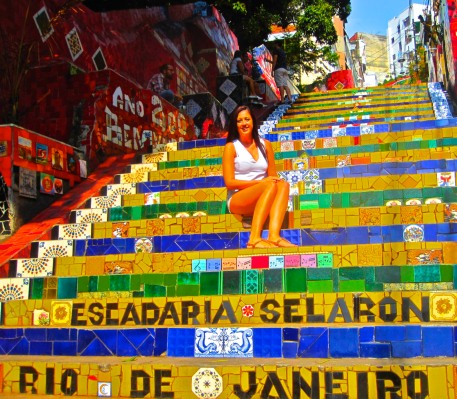 As with many artists and new ideas, the project was originally criticized and mocked. Selaron with more obsession and passion in his veins than blood continued the work unfazed by the physical and verbal attacks. He called his piece “The Great Madness.” 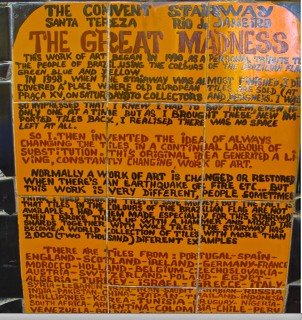 When his project began, he was consistently out of money, so Selarón sold paintings to fund his work. 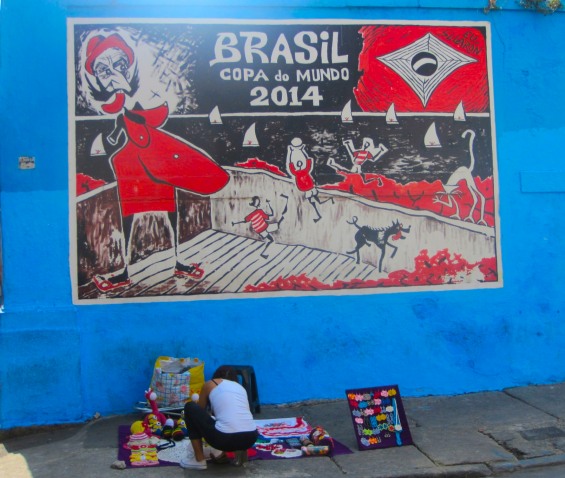 He scavenged both tiles and porcelain from various construction sites and piles of urban waste found on the street of Rio. 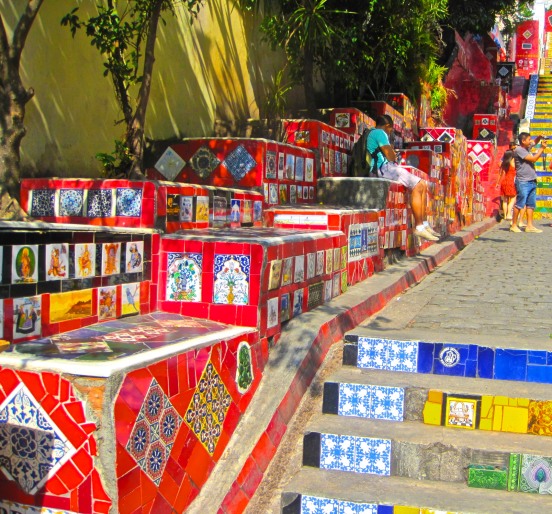 As word of his project began to spread, he accepted tiles donated by friends and supporters from around the world. 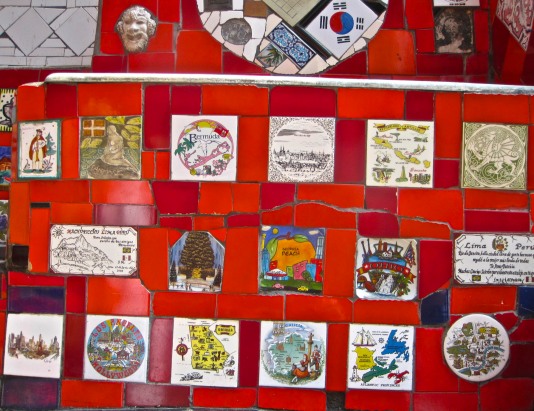 It is 250 steps and 125 meters long and has over 2000 tiles collected from sixty countries. 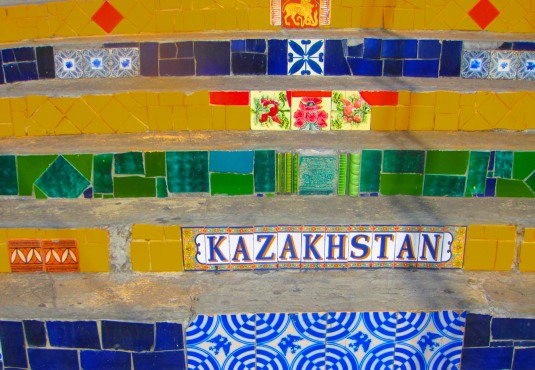 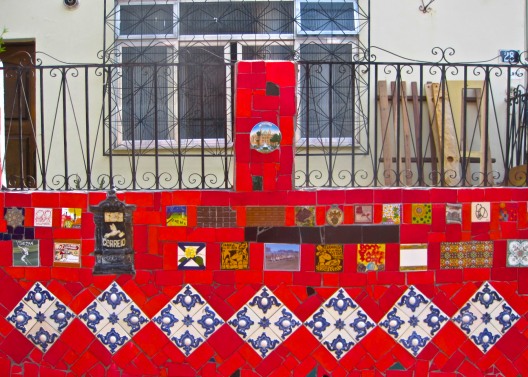 Walk up and down a few times because there are gems and treasures everywhere. 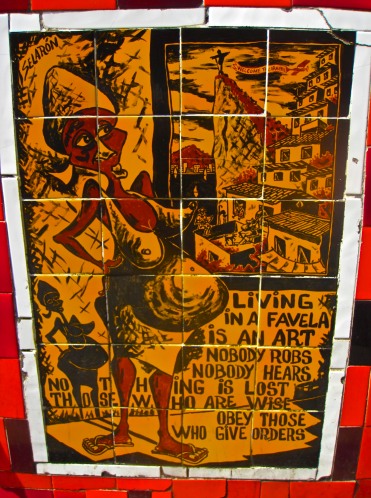 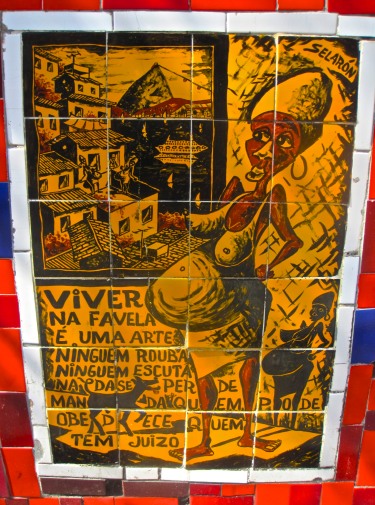 Many tourists had the privilege to be photographed with Jorge Selaron as he was constantly working on the steps. He was the face of this bohemian and artistic neighbourhood. 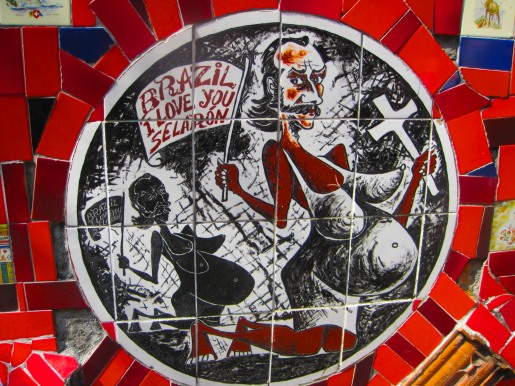 Unfortunately, I was not able to meet this legend as he was found dead on the very steps he decorated on January 11, 2013.  His body was found on the 215th step in front of his house. It is not known whether it was murder or suicide. He was found burned and covered with paint thinner. He had received death threats which made him depressed and reclusive.

Escadaria Selarón or Selaron’s stairs were officially declared a city landmark in 2005, and were continuously worked on and evolving until his death. 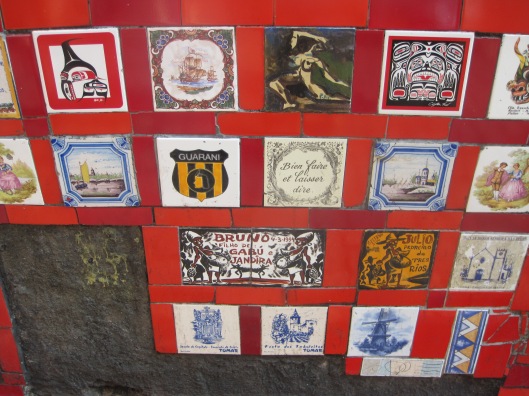 It is the third most visited attraction in Rio after the Christ and Sugarloaf. It is unclear as to the future of the stairs as Selaron changed the tiles regularly for his living work of art. 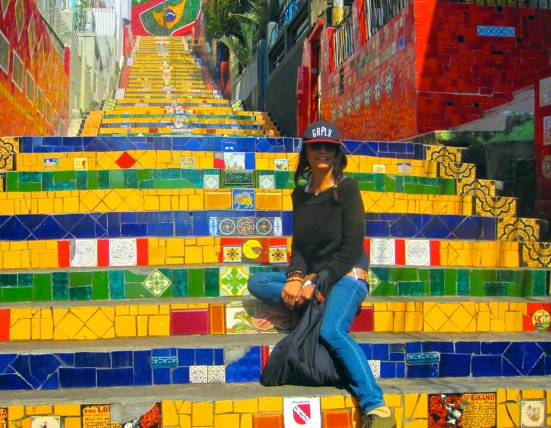 The lesson of Selaron was his life and not his death. I think it is to follow your passion at any age ( he was 43 when he started), use whatever materials you have at hand, and don’t listen to what anyone has to say about it. 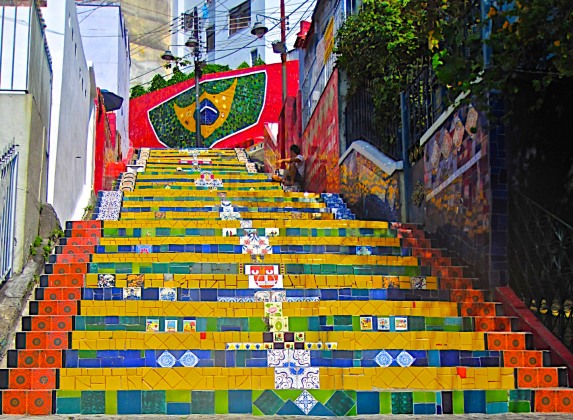