Sugarloaf and Christ The Redeemer

“Some people travel for the culture, or the place’s history, or the sheer experience. Our aim is total dissolution. We travel from Egypt to Estonia, big clunky blocks of metal hanging from our necks, naïve and stuttering and asking all the right questions at all the right times—“Is this the Great Wall I’ve been hearing so much about?”—flashing a few photos and no one looks twice, except maybe to point and laugh but we are just harmless Americans come for a tour of life on the other side.”  Chris Campanion

Christ the Redeemer is one of the most visited sites in Rio.The famous statue is the largest Art Deco statue in the world and the second largest of Christ. The largest is in Świebodzin, Poland, built in 2010. Designed by Polish-French sculptor Paul Landowski, it took nine years to build and finally opened in 1931. The ceremony was supposed to have been lit by electric lights remotely turned on by Marconi in Rome, but the weather was so bad the signal couldn’t get through.

it is located on the top of a mountain known as Corcovado. You can take a van or a train from Cosmic Velho. If you go during any global sporting event, the lines will be ridiculous. 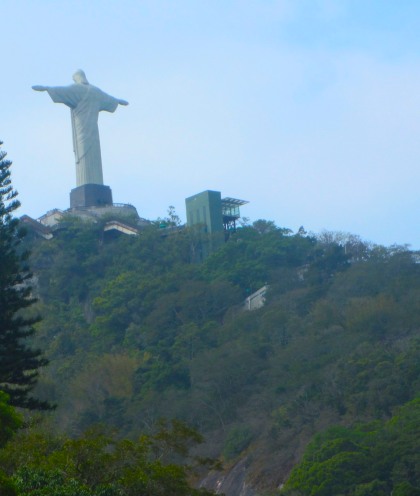 If you are adventurous, you can hike up. We took a jeep tour with a tour guide who knew everything about everything. We got a lot of World Cup and Olympic inside information.

You will experience the ninety eight foot statue with hordes of tourists all trying to take the perfect selfie.

The security guards are the nicest ones in the world. If you climb on something to get a better photo, they so nicely ask you to get down that you aren’t sure if they mean it. 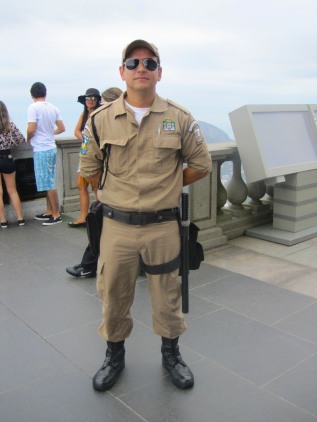 The guards are busy taking pictures of everyone and showing you where to go to get the perfect shot. Im so used to security guards who think their uniform means they have to be large and in charge.

Risto Redentor (as it is called in Portuguese) is an architecture wonder, a tourist attraction, a religious symbol and a Rio de Janeiro’s landmark. The views from up there are amazing but check the weather before you go up because the weather in Rio changes quickly and the Christ is often covered in clouds. 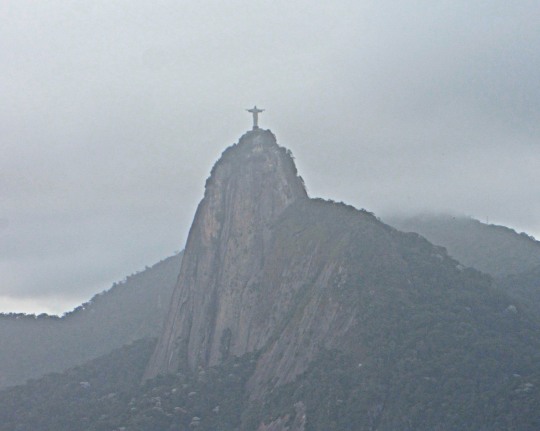 The giant statue is struck by lightning several times a year and is constantly being repaired. The city seems willing to pay for multiple restorations, even though the pale gray-green soapstone that covers the statue is becoming hard to find.

The other must do in Rio is Sugarloaf Mountain, located in Urca and probably no where near where you are staying. (View from the Christ) 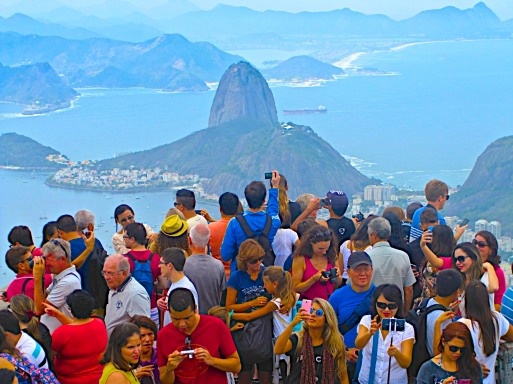 It is at the mouth of Guanabara Bay on a peninsula jutting out into the Atlantic Ocean. (Olympic water events will be here)

Sugarloaf Mountain is 1,299 ft high above the harbor in Rio de Janeiro.

The mountain is named for its resemblance to a traditional shape of a concentrated refined loaf of sugar. 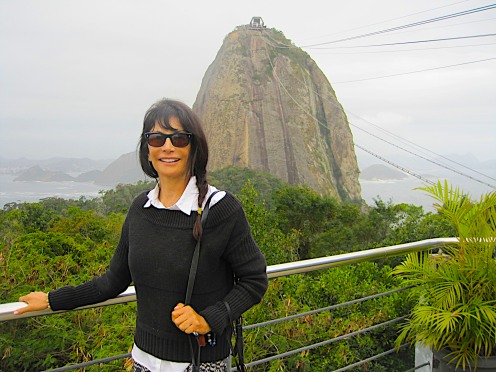 You can take a bus, taxi or tour to get there. It is called Pao De Acucar in Portuguese if you need to tell the driver. (my name is there now)

A glass-walled cable car carries 65 passengers on to the mountain every 20 minutes. (the first cable car is there)

Sugar Loaf Mountain is also one of the largest and most popular urban rock climbing destinations in the world. There are 270 different routes to explore in the area as you climb high above the Atlantic Ocean and the sprawling Rio de Janeiro. Or if you are like me, you can watch.

The views are stunning and even with a lot of people, you dont feel cramped and can always a find a good place for photographs.