“Indiana, we are simply passing through history. This… this is history.” Raiders of the Lost Ark

Ta Promh has been left the way it was originally found. 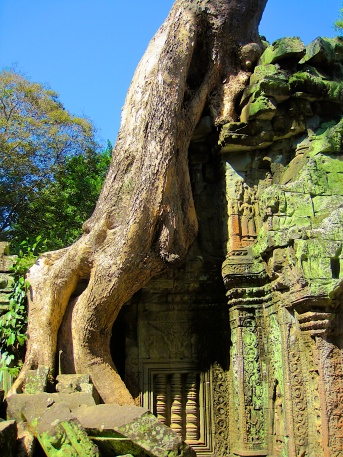 The jungle had completely engulfed the entire complex when it was discovered in the last century.

It was amazing to see how the massive trees have grown around and atop the structures, their roots seemingly strangling and holding up the temple’s towers and other buildings. 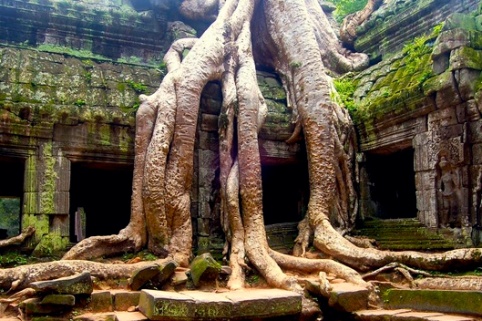 At Ta Prohm you can start to appreciate what the first explorers saw when they re-discovered these temples.

It is easy to relive the emotions of the French naturalist Henri Mouhot when he came across it hidden in the jungle in 1860. 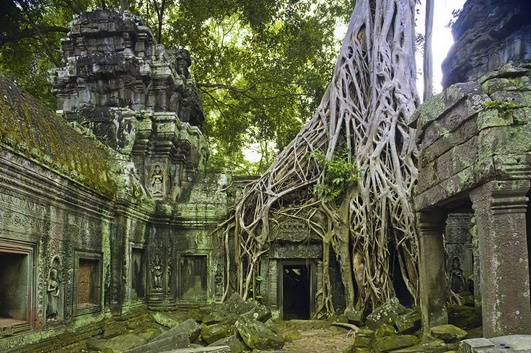 Ta Prohm was dedicated to the family of Jayavarman VII as shown by the inscriptions on the stele ( stone monument) The inscription lists many of Jayavarman’s ancestors, as well as giving details of the construction. Perhaps most compelling though is the information the stele gives about the people whose lives revolved around this site. Nearly 80,000 people were involved in serving the temple, coming from over 3,000 surrounding villages. The stele also mentions that there were 102 functioning hospitals in the Kingdom. Numbers like this give a fantastic insight into the sheer scale of the Khmer empire at that time.

The structure measures 145 by 125 meters and has a maze of courtyards and galleries, many impassable because of the dense overgrowth of creepers and roots. 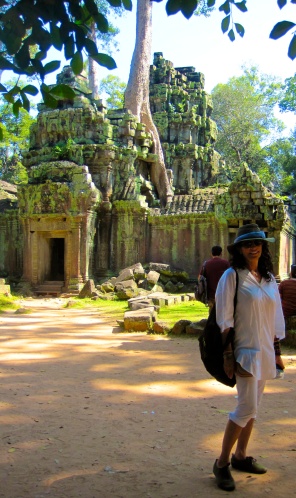 I had to put this photo in of a Cambodian butterfly at Ta Prohm Temple. Thanks for taking this Kim. I needed to use at least one of your “National Geographic photos”. Most of the photos atTa Prohm were taken by Wong Kimsian.

The “jungle temple” is best visited early in the morning when everybody else is at Angkor Wat to get your best photographs of the ongoing battle between nature and architecture. 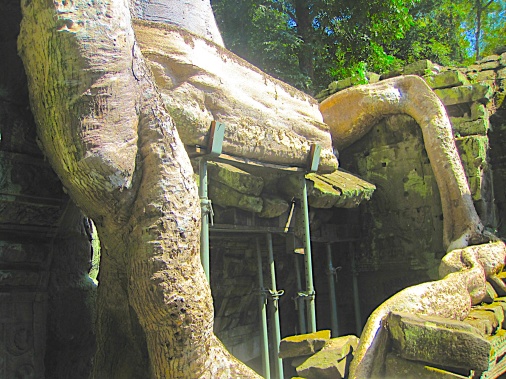