“The peace within and flowing from sacred spaces and architecture places is clothed in forgiveness, renunciation, and reconciliation.” Norris Brock Johnson

Nikko is a traditional religious center with Shinto shrines and Buddhist temples. The oldest buildings date back 1200 years. 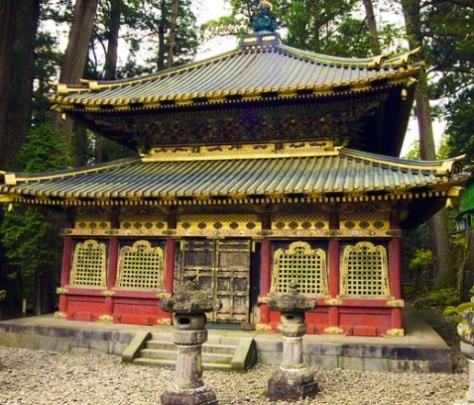 All the major shrines and temples are located within the Nikko National Park and classified as a UNESCO World Heritage Site. 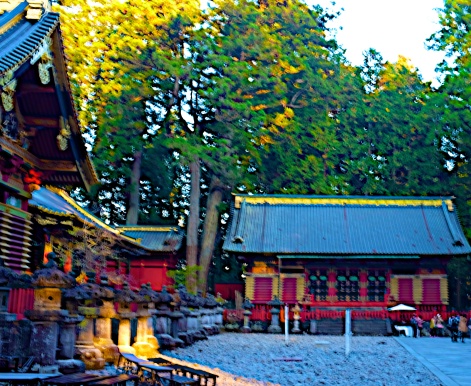 The first buildings were constructed on the slopes of the sacred Nikko mountains by a Buddhist monk in the 8th century. The buildings are also closely associated with prominent chapters of Japanese history.

There is a very high level of achievement between the architecture and the natural beautiful setting. 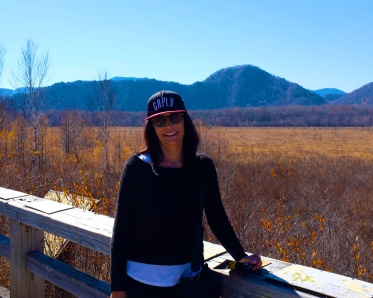 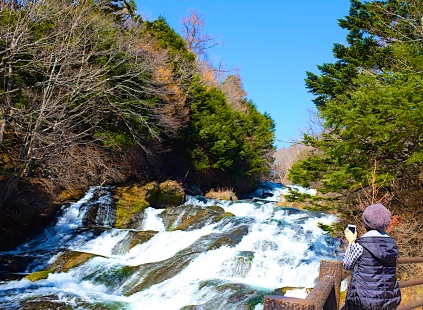 The Toshogu Shrine is the main temple complex in Nikko. It was built for the great Shogun, Tokugawa Leyasu (1543-1616). (The shogun that James Clavell’s novel was based on) 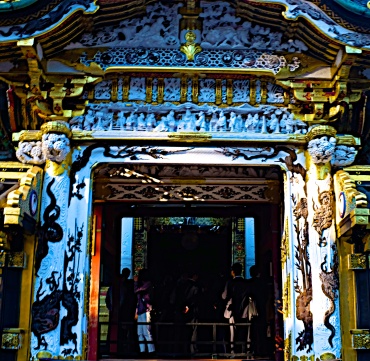 To create a worthy shrine for the shogun, 15,000 craftsman worked for two years, using 2.5 million sheets of gold leaf. The enshrinement of Leyasu’s spirit is reenacted twice each year in the Procession of the Thousand Warriors. 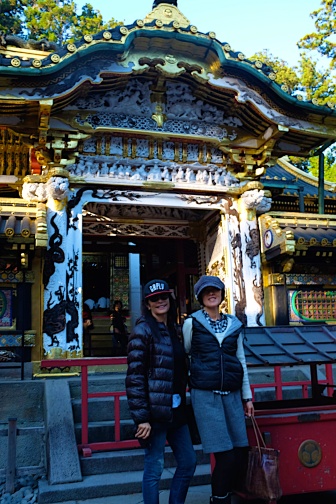 The temples get a lot of attention because of the very impressive wood carvings. Unlike most Shinto shrines, characterized by minimalist architecture that blends into its surroundings, Toshogu is a full of color, gold and carvings, with birds, flowers, dancing maidens, and sages following one another around the buildings. 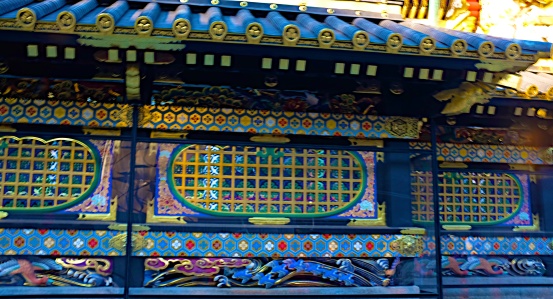 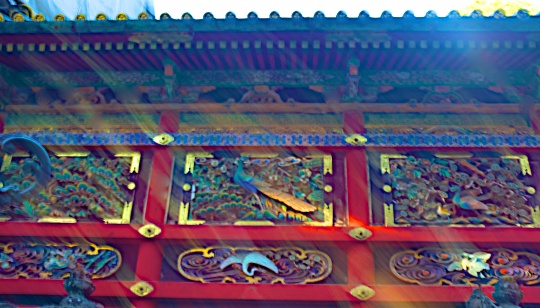 Some visitors find the shrine inspiring and beautiful; others are repelled by the gaudiness. I must have been in a wood carving kind of mood because I thought they were spectacular.

The is one of the eight panels of well-known carvings of the three see-no-evil, speak-no-evil, hear-no-evil monkeys. They can be seen on the Sacred Stable where a white imperial horse is kept (a gift from New Zealand). 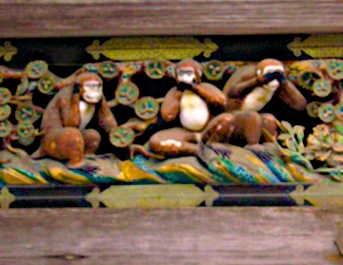 A few steps from that, the Youmeimon Gate has over 300 carvings of mythical beasts, such as dragons, giraffes, and lions, and Chinese sages. 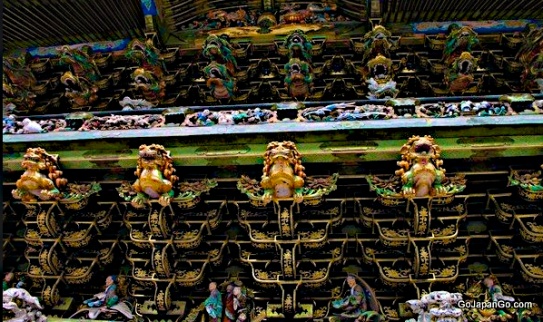 Toshugo has a lot of Buddhist elements as well such as the five-story pagoda in the entryway.

The temples of Nikko exist as part of the beautiful landscape they inhabit. 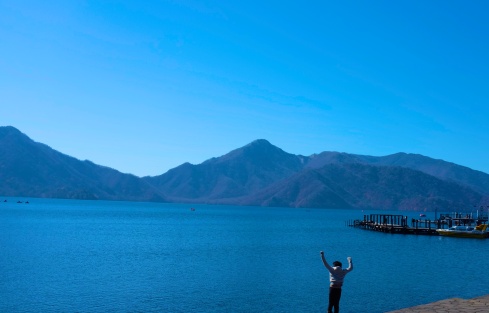 The mountainous landscape, forests, trees, lake, fall colors, waterfalls and natural beauty of the area around Nikko, makes it a really special temple complex to visit. 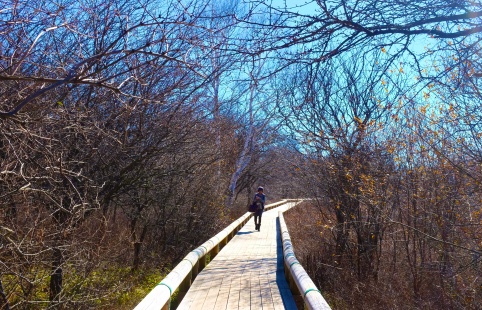 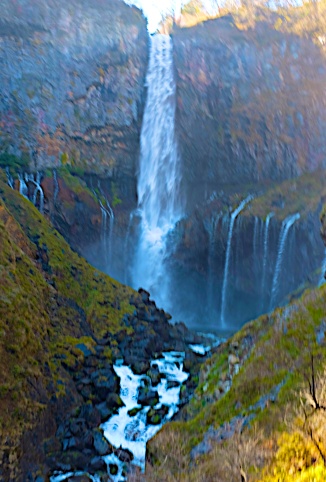 yo I sorano tabi o,

2 thoughts on “Temples of Nikko, Japan”