“The list could surely go on, and there is nothing more wonderful than a list, instrument of wondrous hypotyposis ”  Umberto Eco

I finally did it. I looked it up. I knew it had something to do with the United Nations. I know it was a part of UNESCO. (the United Nations Educational, Scientific and Cultural Organization) (Machu Picchu, Peru)

In case you don’t know what UNESCO  is I took this from the website. “The main objective of UNESCO is to contribute to peace and security in the world by promoting collaboration among nations through education, science, culture and communication in order to further universal respect for justice and the rule of law and for the human rights and fundamental freedoms which are affirmed for the peoples of the world, without distinction of race, sex, language or religion. “ (Great Wall, China)

In my head I check off the places. Oh good another World Heritage Site, I must be near the end of the list. (Ayutthaya, Thailand) 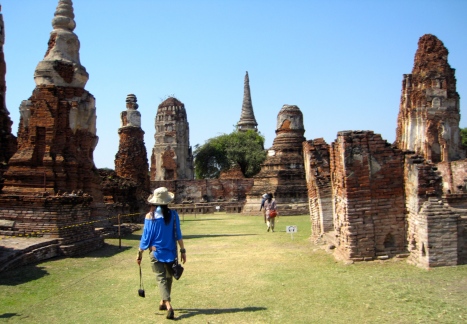 What is it about us and lists?  Lists make us feel better.  There is a finite number of things to do. There is less time for our brains to process our choices. We know a Unesco World Heritage Site is an important thing to see  and we do it. Everyone agrees to do it. Lists help us make sense of the world. ( Venice, Italy)

The World Heritage List includes 981 properties which the  World Heritage Committee considers as having outstanding universal value. It is ongoing. (Mt. Fuji, Japan) 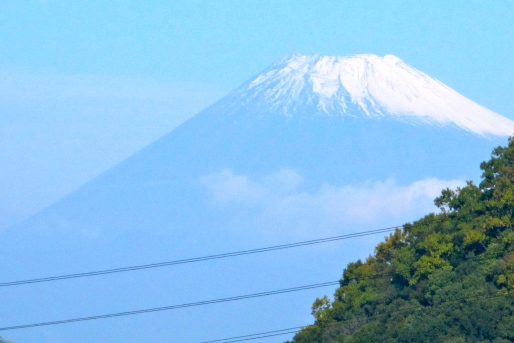 To be included on the World Heritage List, sites must be of outstanding universal value and meet at least one out of ten selection criteria. (Cappadocia, Turkey) 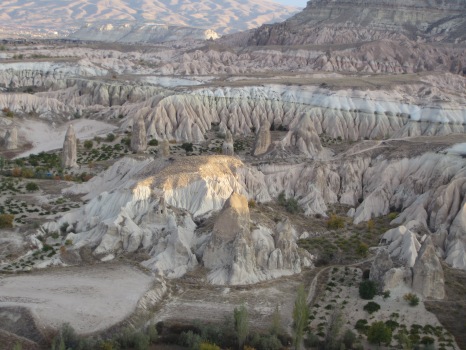 “(ii)  to exhibit an important interchange of human values, over a span of time or within a cultural area of the world, on developments in architecture or technology, monumental arts, town-planning or landscape design;

(iii) to bear a unique or at least exceptional testimony to a cultural tradition or to a civilization which is living or which has disappeared;

(iv) to be an outstanding example of a type of building, architectural or technological ensemble or landscape which illustrates (a) significant stage(s) in human history;

(v)  to be an outstanding example of a traditional human settlement, land-use, or sea-use which is representative of a culture (or cultures), or human interaction with the environment especially when it has become vulnerable under the impact of irreversible change;

(vi)  to be directly or tangibly associated with events or living traditions, with ideas, or with beliefs, with artistic and literary works of outstanding universal significance. (The Committee considers that this criterion should preferably be used in conjunction with other criteria);

(viii) to be outstanding examples representing major stages of earth’s history, including the record of life, significant on-going geological processes in the development of landforms, or significant geomorphic or physiographic features;

(ix) to be outstanding examples representing significant on-going ecological and biological processes in the evolution and development of terrestrial, fresh water, coastal and marine ecosystems and communities of plants and animals;

(x) to contain the most important and significant natural habitats for in-situ conservation of biological diversity, including those containing threatened species of outstanding universal value from the point of view of science or conservation.

The protection, management, authenticity and integrity of properties are also important considerations.

Since 1992 significant interactions between people and the natural environment have been recognized as  cultural landscapes.

Only countries that have signed the World Heritage Convention, pledging to protect their natural and cultural heritage, can submit nomination proposals for properties on their territory to be considered for inclusion in UNESCO’s World Heritage List.

Like other lists, it requires an extensive nomination process. (St. Ignacio Mission, Argentina)

The World Heritage committee is represented by 21 countries and the elections are held at the General Assembly meeting annually.  . Each country can hold a place for six years but some step down voluntary after four to give other countries a chance. (Hiroshima Dome, Japan)

In my last trip I’ve knocked off the Great Barrier Reef, Uluru, The Daintree Rainforest, Tasmania Parklands, Port Arthur and the Sydney Opera House. I only have several hundred more to go …… but they keep adding them, so I will keep traveling.