“In wine, there is truth.” Pliny the Elder

A decision that you will have to make everyday in Salta  is  –  Malbec or Torrontes? There is no wrong decision.

Salta does have some of the best Torrontes in Argentina. Though it is widely planted in Argentina, it seems to do best in Salta Province. 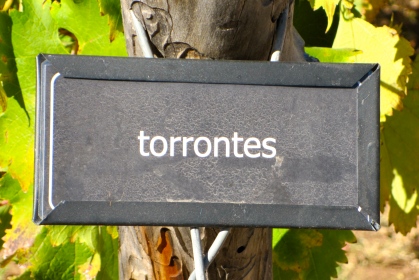 Many of Salta’s vineyards are planted at dizzyingly high altitudes in the mountains and foothills. The mountains serve as both climate protection and irrigation. Grapes grown here reach perfect ripeness and acidity without becoming too extracted or alcoholic.

A bodega is a winery.

The Bodegas of Salta are at lower latitudes and higher altitudes than anywhere else on Earth. Interestingly, these two factors balance each other out; the cold temperatures associated with high altitude are tempered by the high temperatures found at equatorial latitudes. The combination creates an unexpectedly excellent climate for quality wine making.

Some of the vineyards are at altitudes of 10,000 feet. The latitudes are as low as 24 degrees south.  Their proximity to the equator is similar to such places as Egypt and Mozambique. 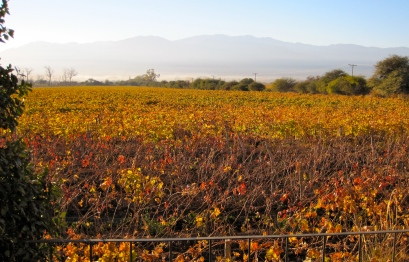 Malbec, Merlot, Tannat and Cabernet Sauvignon are the most prominent red wine varieties in Salta, while Chardonnay and Torrontes  are their most respected white wines.

Tannat is a little-known grape, originally from Southwest France. 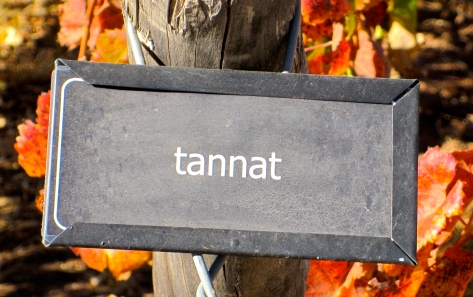 If you are a person who gets carsick, you should probably make sure you take proper measures before attempting this ride to the high altitude vineyards. Even then, it will not be good. But later in the day when you feel better, it will have been worth it.

Fresh air and shopping  can be helpful with car sickness.

So can a good meal of carbs at Vinos de Payogasta off Ruta 40. (humitas – like a tamale but much creamier inside, lentil soup, homemade ice cream with dulce de leche)

A tour of this small family run winery is interesting. (Salta Wine Route -Vinas de Payogasta). The wine was good. I brought some back from here.  (four planes and a lot of driving on unpaved roads and every bottle arrived intact!!!) The manager was so passionate in how he talked about winemaking. It was wine from the heart.

If you are driving to Colome from Salta City you will have to drive through the Molinos River-always. It is much easier to go in the dry season when we did it. If you are driving in the rainy season, it is best to start out against the current and then go with it. That doesn’t always work.  You can still get stuck and your car may turnover and never be the same.

Colome, Salta is one of the world’s highest vineyards.  Donald Hess, an eccentric billionaire  planted vines high up on the mountain , at 10,206 feet.  He had them certified by the Guinness Book Of World Records as the highest vineyards in the world.

The James Turrell Museum opened in 2009  at the Colome Vineyards.  James Turrell is a contemporary artist who works with light in space. He does incredible installations and has retrospective shows running In NY and LA.

I know I have seen  more narcissistic  things than some billionaire opening a small modern art museum for an artist he collects in the middle of  a winery, at 10,000 feet above sea level,.that doesn’t get much foot traffic, and shows eight installations.  At the moment, I can’t think of what that could be. The museum is closed Mondays and you should probably call during the rainy season.

Colome Bodega is the oldest vineyard in Argentina. It is celebrating its 180th birthday.  The Hess family bought it in 2001.

The road from Molinos to Cafayate  is not so paved. 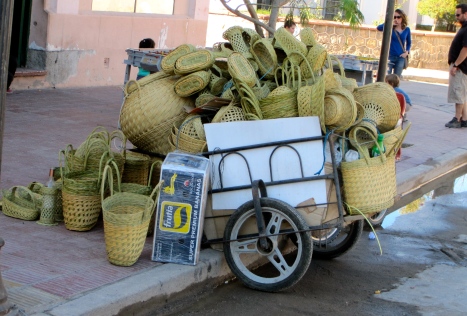 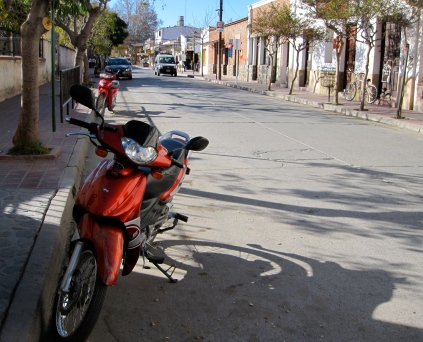 The wines of Cafayate are strong and flavorful with intense color.

It was here that Jesuit missionaries first planted grape seeds from Peru in the 1550’s, having failed with an earlier attempt near Buenos Aires.

The Jesuits began the first vineyards in Cafayate, to make wine for church.

In Cafayate you can have wine flavored ice cream at Heladeria Miranda. (malbec or torrontes?)

Finca De Las Nubes in Cafayate  means farm in the clouds. The wines are farmed organically-no chemicals, clean air, pure water and altitude. (and also our best lunch – fresh sheep goat and cow cheeses with avocado and baked apple and of course meat)

Jose Luis Mournier has made wine here for almost twenty years. He came from Mendoza and wanted to build a winery to leave to his children. The winery is so high up in the mountains that on some days it is literally in the clouds. 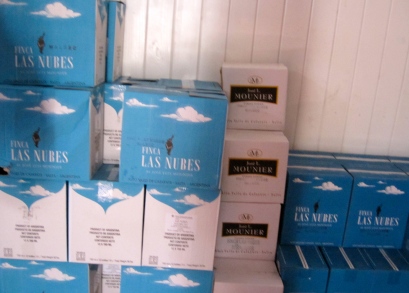 Though Salta had these natural advantages, it has only been in the last ten years  that the bodegas of Salta have really learned how to improve the quality of their wines. At this rate, they could become one of the important wine regions in the world.

1 thought on “Wineries Of Salta, Argentina”