Things I Have Learned In Salta, Argentina

“Should you shield the canyons from the windstorms, you would never see the beauty of their carvings.” Elisabeth Kubler-Ross

Salta is a province in Northwest Argentina. Matt Damon and Robert Duvall are married to women from Salta.

One of the most beautiful drives in Argentina is from Cafayate to Salta City   through Quebrado de Cafayate -especially if red is your color. 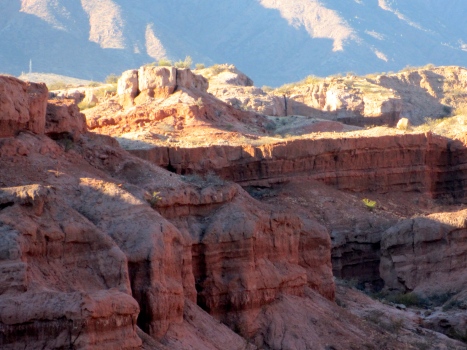 The view is  breathtaking. It looks like Arizona but  it is much more accepting of Hispanic people.

Stops along the way include the dis Garganta del Diablo (Devil’s Throat), 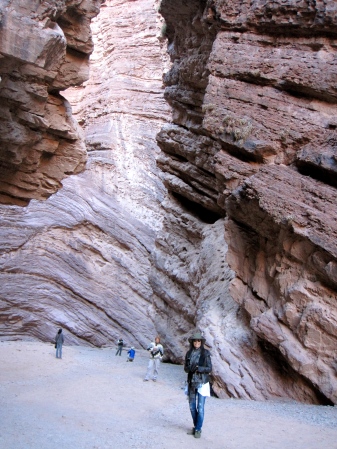 other natural rock formations that look like a frog, a saint and an obelisk.(frog) 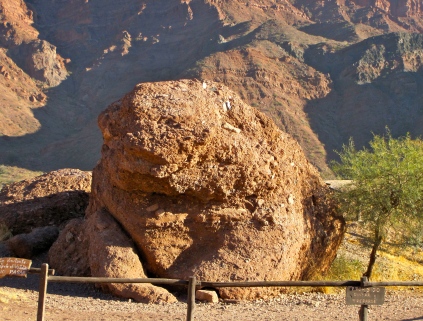 Anywhere you’d like to stop and take a photo  is worth it.

The road from Cachi to Molinos is not so paved.

This is the library in Molinos. This is the address of the library. If there is anything you can send them –  Spanish and English books, they can really use it. Send books to Norma Susana Fabian, Pje 9 de Julio S/N, Molinos C.P. (4419),  Provincia Salta C.P. 4400, Argentina.

The library is the size of this table and the small number of books are old and worn.  People come in and borrow books  and Norma writes  it down in her notebook. 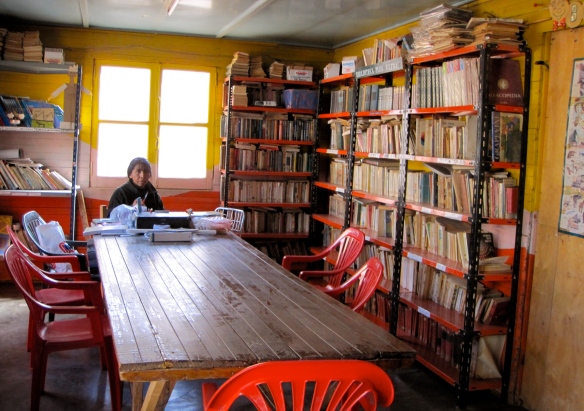 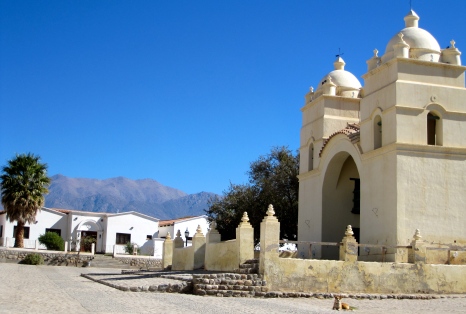 And more dogs.  Molinos and all of these pueblos in the north, have their share of stray dogs.  They are only too willing to give you a tour of their town. 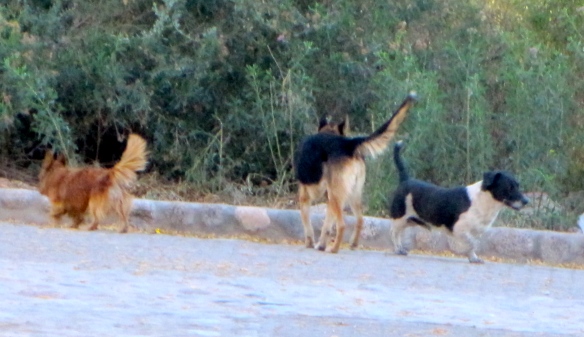 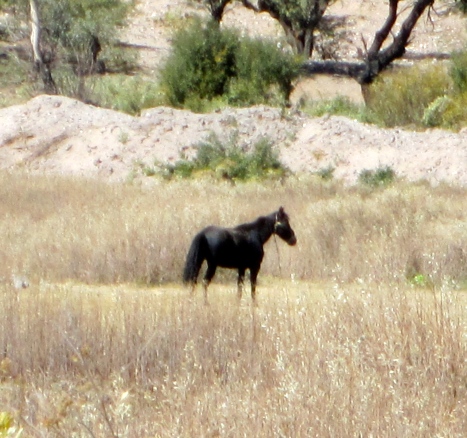 And sheep. ( and a pig who thinks he is a sheep)

And of course meat 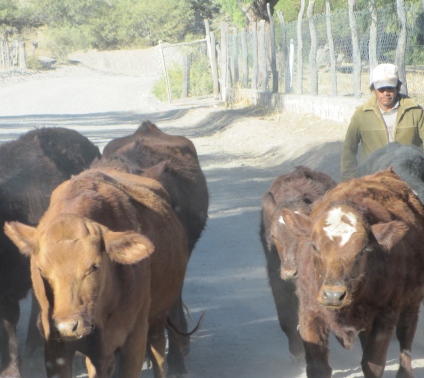 What is this man thinking?

What is this horse thinking? 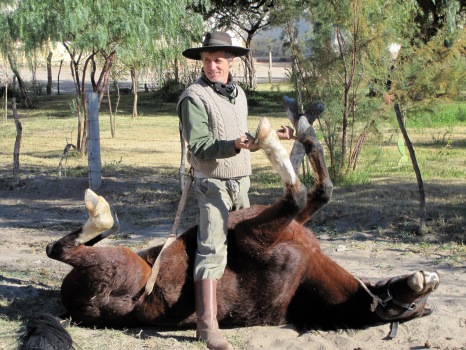 Coquena is a vicuna refuge outside of Molinos. 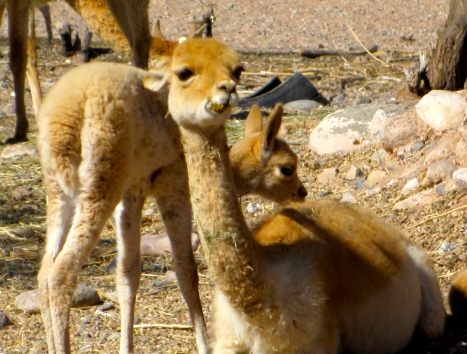 Outside Cachi you will find chilis drying in the sun on the side of Ruta 40.

Difunta Correa  (Deceased Correa) a is one of the best known Argentine alternative saints. She died of thirst in the San Juan desert around 1845. She was trying to find her husband in the army. She was carrying her baby who was found miraculously alive by gauchos.  In 1898 a famous gaucho prayed to Difunta Correa  to find his herd of  500 lost cattle and she did.  The story spread and a sanctuary was built around her grave. Cattle ranchers and truck drivers have created roadside altars. People leave water bottles to calm her eternal thirst. You will also see water bottles just tied to the side of the road for her. (I think it says this is my sanctuary you can pray to me for help but no garbage)

Salta City has  the best collection of preserved colonial architecture in Argentina. It is  named Salta, La Linda because of the beautiful architecture. 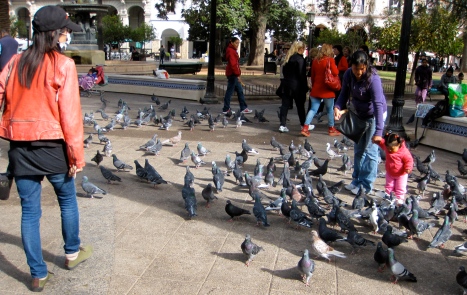 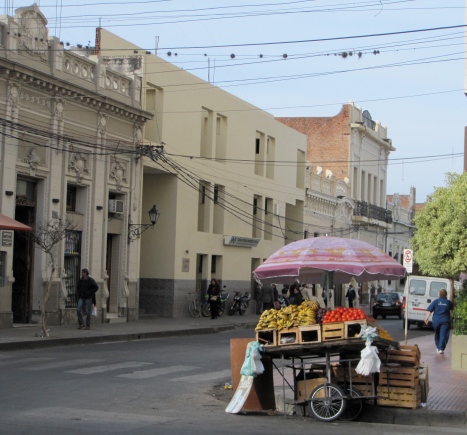 It has oddly colored churches -baby blue, burgundy and gold and shell pink. It is best not to wear a hat inside the church, though opinion is divided on that. 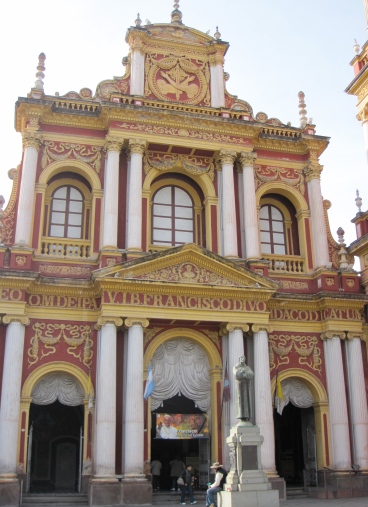 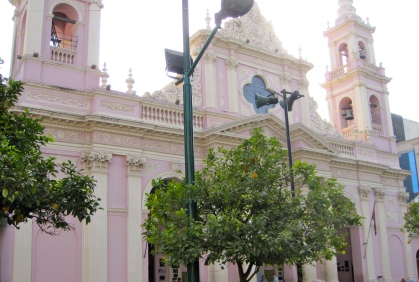 MAAM Museo de Arqueologia de Alta Montana de Salta.  houses the perfectly preserved remains of three Inca children “given” to the gods 500 years ago. They were buried at the top of  the volcanoe Llullaillaco (6700 meters high). There is one child on display at a time. They look like they are sleeping. The children were believed to have been buried  as part of the Capacocha sacrifice. The sacrifices were performed on children, as they were seen to be the purest of beings. A beautiful male and  female  child would be chosen and then married.  The children were taken to the summit of a mountain, given an intoxicating drink to make them pass out and then they would be strangled, hit over the head or buried alive. The three children found at Llullaillaco were believed to have been buried alive during their sacrifice and are estimated to have only been 15, 7 and 6 years of age. It is disturbing to have this insight into the Inca culture and see what was done to children from the conquered tribes in the name of peace and unity.

Salta is also home to a world-class symphony orchestra, the result of a successful strategy several years ago of recruiting Eastern Europeans, virtuoso trained in the communist era, to play alongside and mentor local musicians.

The teleflorico San Bernando is  a way to get a view of the city usually reserved for incoming airplanes.

The top of the mountain has a restaurant, various lookout points, a playground, waterfalls, a downhill biking adventure and an outdoor gym for the newest in high altitude workouts.

Faster internet is coming to the Calchaqui valley. (see this road -we are directly facing this truck going in the opposite direction)

Ponchos have been made in the Andes for hundreds of years. Argentines value artisans and Arnaldo Guzman does beautiful work.

It is some of the driest topography in the world and home  to a number of UFO sightings.

Los Cardones is a spectacular national park located ain the Calchaquíes Valley. It covers 65.000 hectares of hills and gorges, with an altitude ranging 2.700 and 5.000 m. It is filled with cardone cacti.( my new Bolivian/Argentine hat)

The cacti stand  like giant sculptures with blue sky and the Andes in the background.

The cardone cactus is the world’s largest cactus. It is most common in Baja California. Im from Southern California yet I had to go to Salta Argentina to see them for the first time. They grow slowly and can live up to 300 years. 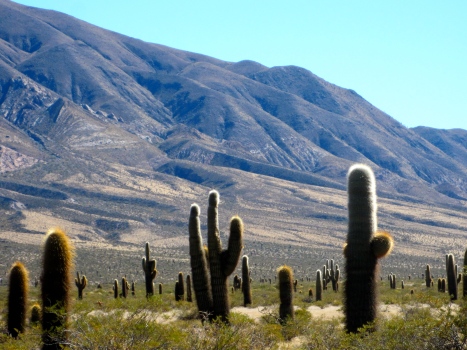 Cardone cacti are a source of wood that is apparently as strong as iron, and used for rafters, doors, ceilings, window frames, furniture, and souvenirs. 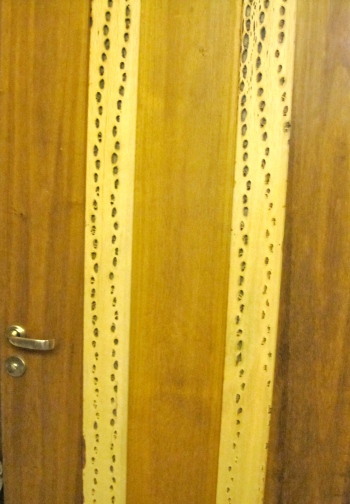 Northern Argentina is a place filled with mountains that continually change colors, ancient indigenous culture and traditions, pueblos that go back in time and landscapes that keep on surprising you with their beauty.

Our  local tour guide  on this Cultural Xplorers trip (www.culturexplorers.com/)  was Homero Kosiner. We traveled for almost two weeks. He was easy-going, always happy, very knowledgeable and proud of his city and Northwest Argentina .No question was too small for Homero to answer. We covered a lot of ground on this trip and it was confusing to keep track of. Homero answered my questions over and over and is still answering. I also have to thank our driver Vicente Coria. Between the unpaved roads,  river beds,  narrow hairpin turns, mountain roads, one lane roads, animals, and hours of driving, Vicente was superb and always smiling. 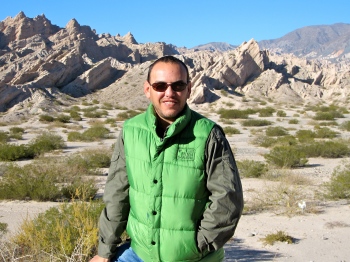 10 thoughts on “Things I Have Learned In Salta, Argentina”